A Ukrainian court on Monday sentenced a Russian soldier to life in prison for killing an unarmed civilian in the first war crimes trial stemming from the February 24 Russian invasion, Reuters reports. 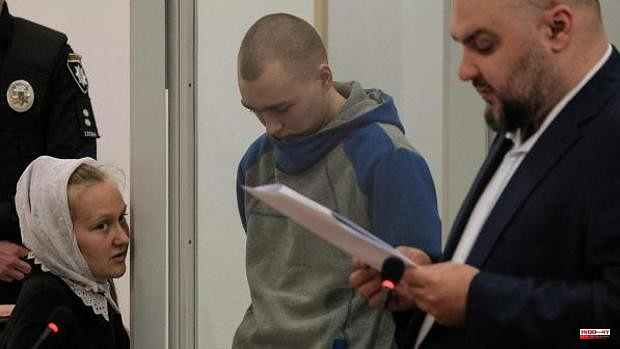 A Ukrainian court on Monday sentenced a Russian soldier to life in prison for killing an unarmed civilian in the first war crimes trial stemming from the February 24 Russian invasion, Reuters reports.

Vadim Shishimarin, a 21-year-old non-commissioned officer, had pleaded guilty to killing 62-year-old Oleksandr Shelipov in the northeastern Ukrainian town of Chupakhivka on February 28, after being ordered to shoot him.

Judge Serhiy Agafonov said that Shishimarin, following a "criminal order" from a higher-ranking military officer, had fired several shots at the victim's head with an automatic weapon.

The events occurred when Shishimarin and four other companions stole a car on the outskirts of Chupakhivka, according to the statement from the Prosecutor's Office and fled.

From that vehicle, the young Russian soldier would have shot the unarmed civilian who was talking on the phone, who was shot just a few meters from his house.

Last week he pleaded guilty and admitted all the facts he is accused of. Asked if he "unreservedly" acknowledged the act he is accused of, which includes charges such as war crime and premeditated murder of a civilian, the 21-year-old non-commissioned officer, Shishimarin, replied "yes." Later, he apologized for his action and exculpated himself, saying that he had simply carried out the order he was given.

The trial has huge symbolic significance for Ukraine, which has accused Russia of atrocities and brutality against civilians during the invasion and has said it has identified more than 10,000 possible war crimes.

Russia has denied targeting civilians or engaging in war crimes.

The Kremlin did not immediately comment on the verdict. He had previously said that he has no information about the trial and that the absence of a diplomatic mission in Ukraine limits his ability to provide assistance.

1 Two Spanish sisters are murdered in Pakistan to "wash... 2 Biden warns that the US will respond militarily if... 3 Turn of the screw in Afghanistan: TV presenters forced... 4 Language and identity: the other war in Ukraine 5 The war in Ukraine, live | Life sentence for the Russian... 6 UN visits Xinjiang to investigate allegations of 'genocide' 7 Colombia, a campaign closure full of unknowns 8 Maduro demands to release his wife's nephew to... 9 Almost two million refugees have already returned... 10 Olena Zelenska, Ukrainian first lady: "No one... 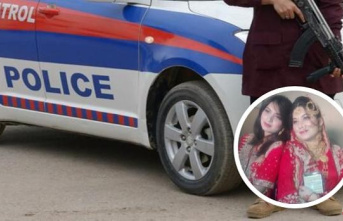 Two Spanish sisters are murdered in Pakistan to "wash...