Libya: fighting after the announcement of the parallel government of its entry into Tripoli

Clashes erupted in Tripoli on Tuesday after Libya's parliament-appointed government backed by Field Marshal Khalifa Haftar announced its entry into the capital, the seat of rival executive power. 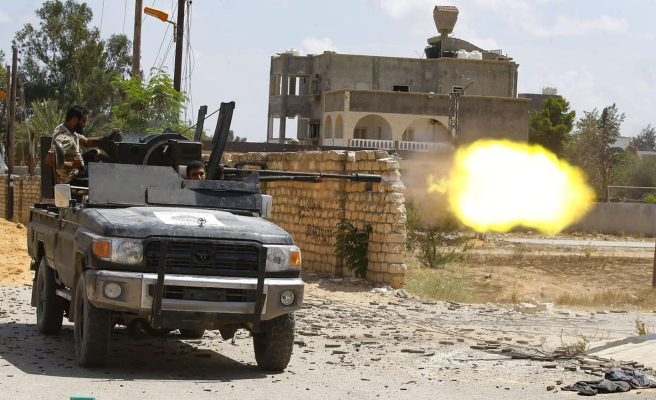 Clashes erupted in Tripoli on Tuesday after Libya's parliament-appointed government backed by Field Marshal Khalifa Haftar announced its entry into the capital, the seat of rival executive power.

The press service of this government announced in a press release "the arrival of the Prime Minister of the Libyan government Fathi Bachagha, accompanied by several ministers, in the capital Tripoli, to begin his work there".

The government sitting in Tripoli, born in early 2020 from a political process sponsored by the UN, did not react immediately to this announcement.

Clashes erupted before dawn between armed groups after the entry of the government of Mr. Bachagha, noted an AFP journalist.

In February, the parliament sitting in the east appointed Fathi Bachagha, a former interior minister, as the new prime minister. This body is supported by the powerful Marshal Khalifa Haftar, a strongman in eastern Libya, whose forces had tried to conquer the capital in 2019.

But Mr. Bachagha had so far failed to oust the executive in place in Tripoli, led by businessman Abdelhamid Dbeibah, who has repeatedly affirmed that he would only hand over power to a elected government.

Abdelhamid Dbeibah's government had as its main mission the organization of legislative and presidential elections, initially scheduled for last December.

However, persistent quarrels between the local political caciques, in particular on the legal basis of the ballot, led to the indefinite postponement of these elections on which the international community based great hopes to finally stabilize the vast country of North Africa.

Libya is struggling to extricate itself from more than a decade of political chaos and conflict following the fall of Muammar Gaddafi's regime in 2011, in the wake of the Arab Spring.

This vast country of barely 7 million inhabitants remains plagued by political chaos, divisions between competing institutions in East and West and by insecurity.

Oil production, the country's main source of income, is again hostage to political divisions, with a wave of forced closures of oil sites.

Considered close to the eastern camp, the groups behind the oil blockades demanded the transfer of power to Mr. Bachagha as well as a better distribution of oil revenues.

At the end of April, the divided UN Security Council adopted a resolution by the United Kingdom extending its political mission in Libya by only three months, with Russia refusing any longer duration until a new UN envoy is in place. appointed.

1 Ukraine denounces deaths and "many" wounded... 2 Russia denounces an attack with "large-caliber... 3 RSA: increase, minimum activity... Know everything 4 Vodafone Spain invoices 4,180 million in its fiscal... 5 Thales Group signs an agreement with Sonae Investment... 6 Economy.- Portobello Capital closes its 250 million... 7 War in Ukraine: evacuation in Azovstal, revelations... 8 Betclic Elite: "Like a final"... Paris Basketball... 9 Food Voucher: Who will be eligible? Amount, request...... 10 The Ibex 35 wakes up with a rise of 0.8% and exceeds... 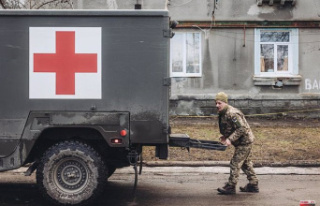 Ukraine denounces deaths and "many" wounded...