Funny atmosphere at LR less than a month before the first round of the legislative elections. 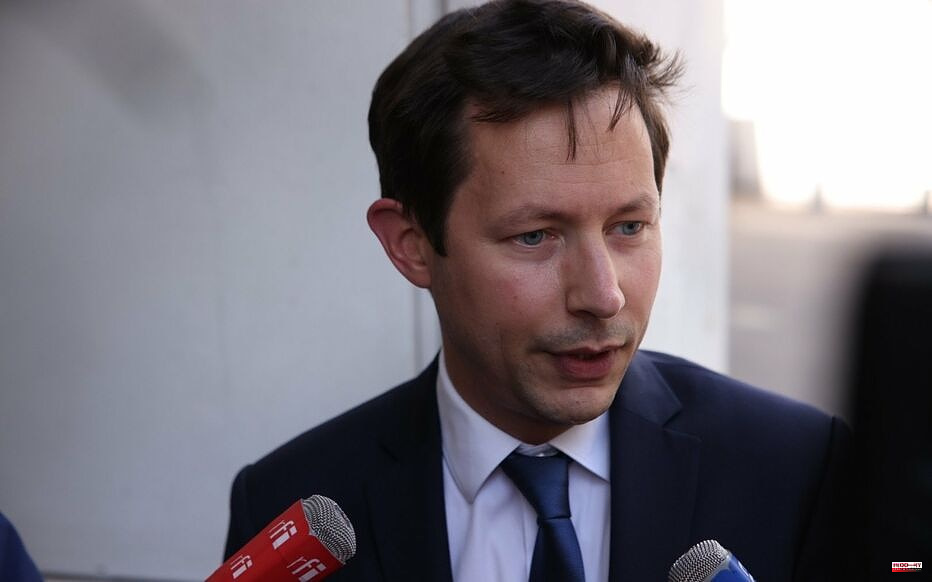 Funny atmosphere at LR less than a month before the first round of the legislative elections. The MEP François-Xavier Bellamy holding a neoconservative right, does not appreciate the debates which are currently agitating his political family and the presidential majority. We talk too much "about the question of people" for his taste and not enough "about the political line that will be defended, about the response that the future government will bring to the challenges that are before us", he reproached on Europe 1 this Monday, without citing the challenges he was thinking of.

Rallying to LREM, "it makes no sense! »

"In the nominations, you have a few people who are going to be approached, recruited, in an atmosphere of total opacity, who could, after having opposed Emmanuel Macron for five years, all of a sudden, return to his majority" , he regretted. "But what would it be like, in the middle of a championship, of someone leaving their team to change their jersey because the team opposite has a better chance of winning? That does not make any sense ! “A few days ago, the president of the LR group in the Assembly, Christian Jacob, had estimated that there would be” maybe two, maybe three “people likely to join the camp of the macronists, renamed “Renaissance “, like the deputy Robin Reda in Essonne.

In the name of the end of divisions, the “new world” has only justified the most opportunistic contradictions. What would we say, in the middle of a championship, of someone who would change their jersey because the team opposite has a better chance of winning? @Europe1 @SoMabrouk pic.twitter.com/OEFxsd0G7R— Fx Bellamy (@fxbellamy) May 16, 2022

In a soft voice and without playing any emphasis, the professor of philosophy, who had led the lists from the Republicans to the Europeans, does not appreciate the "climate of generalized corruption" which reigns today. “In the world before when there were real substantive differences, real intellectual differences between right and left, when the divide was organized around big political families, there was a clear line; we would not have imagined that a member from the right would go to the left because his side had lost, that someone, all of a sudden, would decide to say the opposite of what he had been explaining for five years because that he has a chance of finding a place in the sun".

Former Minister Éric Woerth, for example, who joined Emmanuel Macron before the presidential election, "voted against all the budgets presented by the successive governments of Emmanuel Macron", recalls Bellamy. And to warn: "I do not see how this situation can restore confidence in public life, in political life".

Read alsoLegislative 2022: after a failed presidential election, LR is playing its survival

The name of Catherine Vautrin, ex-minister LR (2004-2007), is circulating to replace Jean Castex at Matignon and the rumor has made the presidential troops cringe because of the past positions of the president of Greater Reims against marriage for all. Bellamy, who was very reserved on the opening of marriage to homosexuals and more recently on access for all to medically assisted procreation, is surprised. "It's very interesting to see that this new party that claimed to cross the divides is sometimes much more sectarian than the old world that it denounced."

1 Presidential 2022: on which TV channels to watch the... 2 Los toledanos Ethnos Atramo', from the synthesizer... 3 Independence students are chained before the Government... 4 This is the ATP ranking after Djokovic's triumph... 5 UMA Antequera stars in the greatest feat of Spanish... 6 The war leads Europe to the largest trade deficit... 7 McDonald's withdraws entirely from Russia 8 The RFEF ensures that Rubiales' trip to New York... 9 They find the 10-year-old girl who had disappeared... 10 The RFEF denies that Rubiales' trip was private:... 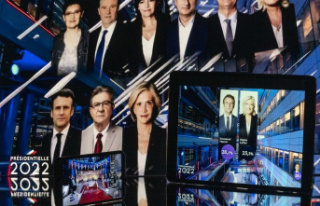 Presidential 2022: on which TV channels to watch the...