Legislative: There are some hiccups with the vote of French citizens living abroad

French citizens living abroad who are registered on consular electoral rolls have started the legislative elections.

French citizens living abroad who are registered on consular electoral rolls have started the legislative elections. They can vote online since Friday noon. However, things are not going according to plan.

This simple procedure is supposed to increase voter turnout. French expatriates who have registered on consular electoral lists received their identifier via email and their password via SMS to vote. Next, the voters choose their candidate on the dedicated platform. To confirm their vote, they will need a validation code. Herein lies the problem.

Franceinfo reports that several Internet users haven't received the code necessary to validate their vote. This bug didn't affect just one country. Franceinfo journalists were able to hear the same story from French citizens living in the United States, Spain, Thailand, Spain, and the United Kingdom.

"A technical problem, which was not observed during the full-scale tests," was reported. The problem concerns confirmation emails being sent to voters via a Yahoo address," confirms the Ministry of Foreign Affairs. They also assure that technical assistance teams are working to fix the problem.

It is possible to encourage abstention if the actual number of affected voters remains unclear. These voters can vote in four ways: by proxy, at the poll box, online, and via post. Only French citizens living abroad are allowed to vote online. This is not permitted for legislative or consular elections.

1 Ukraine: The 27 countries studied the exemption of... 2 The man who brings back to life the 'giants'... 3 WEATHER REPORT. Bad weather in Isere: 8,000 customers... 4 Ligue 1 Ligue 2 play-offs. AS Saint-Etienne is relegated.... 5 The good side of Courtois: his private chef, Luis... 6 The last salute to the champions: tribute in the Madrid... 7 New outbreak of violence in French football after... 8 Innovation in the classroom exceeds its limits and... 9 A reinforced connection between companies and classrooms... 10 The success of double degrees to strengthen employability 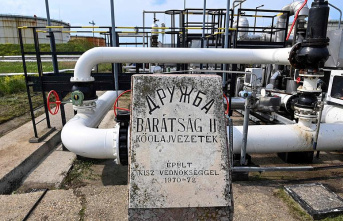 Ukraine: The 27 countries studied the exemption of...