She is young, witty - and very honest: Laura, 28, lives in Berlin, where she is currently doing her master's degree in German. 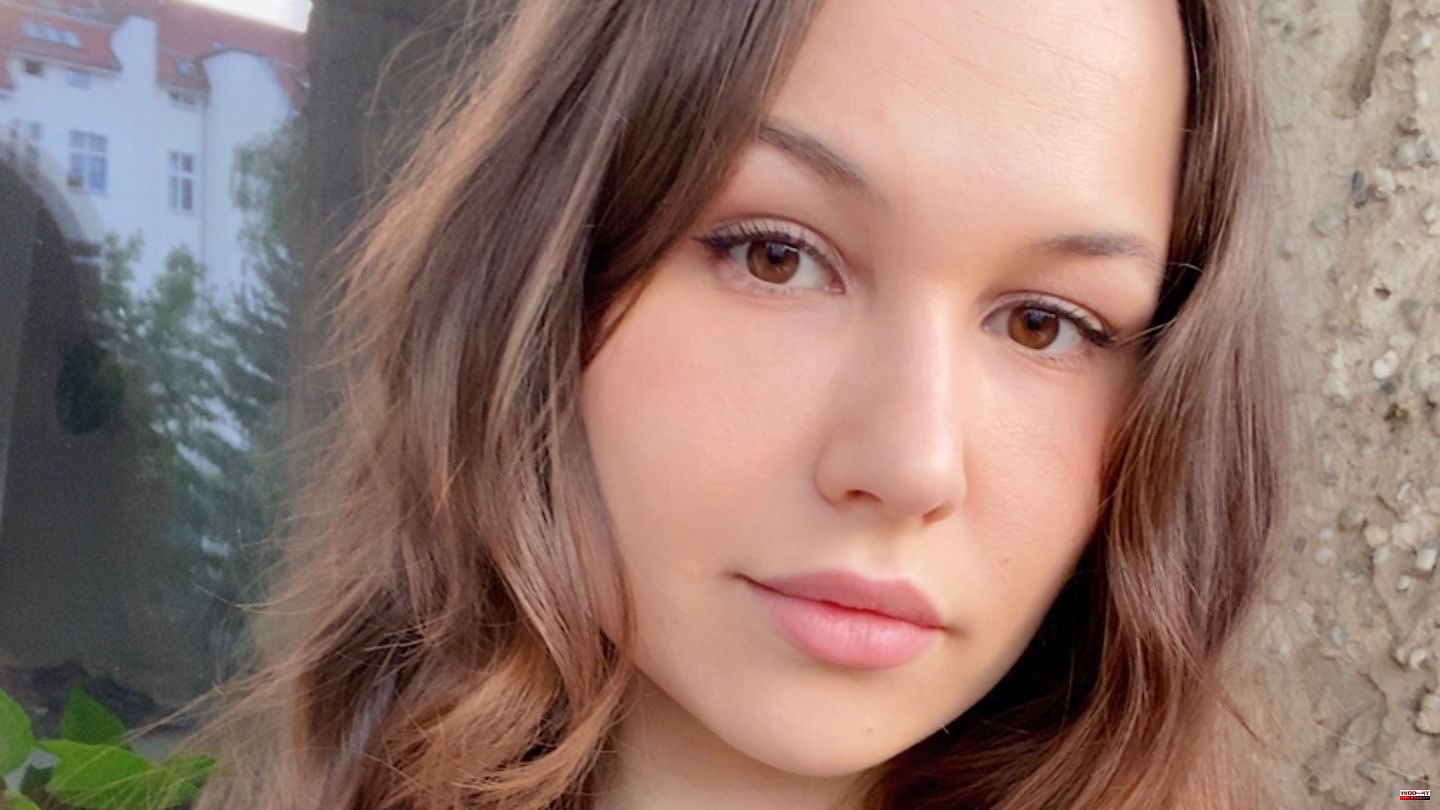 She is young, witty - and very honest: Laura, 28, lives in Berlin, where she is currently doing her master's degree in German. And, what no one would suspect at first glance: she took up the fight against her alcohol addiction more than two years ago - and won it. Since then, on her TikTok channel, she has been reporting on what life is like as a sober alcoholic, the clichés and sayings she is constantly confronted with, and what really helped her.

Laura, you're open about your fight against alcohol. Can you tell me how you got addicted and when you really noticed it yourself? It was a very gradual process. I'm sometimes asked how long I've been addicted and I just can't answer that. One of the reasons was definitely my psychological problems.

Ever since I was a little kid I've suffered from emetophobia, which is the fear of vomiting. After a few longer stomach illnesses, it got worse and worse, until I had to go to a psychiatric ward for the first time at the age of 14 because I was scared and couldn't leave the house.

I was always super sick because of the fear! It's getting worse now, but I can deal with it now. In any case, the emetophobia also developed into an anxiety and panic disorder. I lived with it and did therapy against it until I drank for the first time at the age of 16.

It seems very paradoxical to many that one of the reasons I became addicted was the fear of vomiting, and it is! But eventually I found that alcohol helped me with the nausea I get during anxiety and panic attacks. Since I had these almost every day, I ended up drinking almost every day. And at some point, not just because of that.

If there was a bottle of wine in the fridge, I had to finish it. I drank the entire supply of my roommate at the time. Sometimes I couldn't leave the house without alcohol in my bag.

I only managed exams, lectures and many other things under the influence of alcohol. The anxiety and panic attacks increased more and more and I felt more and more that I couldn't function without alcohol. I think I've known for a long time that something wasn't right.

But I kept telling myself that my mental health issues were the reason. Until my roommate at the time and good friend sent me to a meeting.

you are very young On the net, many are surprised that you were already addicted to alcohol. What do you say to them? That brings us to the cliché I mentioned earlier. When it comes to an alcoholic, many have the old man with a beer belly in mind, preferably still on a park bench. This is of course nonsense.

What many don't understand is that alcoholism is a progressive disease: it's actually possible that someone has a problem from the start, genetics also play a role. You are somehow predestined for this, which is also supported by the fact that all alcoholics share certain characteristics. In any case, almost everyone starts drinking at a very young age and develops a problem very early on.

You don't end up on the street from the start. Losing everything can be a long process. As time goes by, consumption becomes stronger and more regular. Therefore, the disease has nothing to do with how much you drink. An alcoholic who drinks two to three bottles of vodka a day has been an alcoholic for a very long time and has gradually developed tolerance. But you don't have to let it get that far to get dry! Drying up young is great, then you still have your life ahead of you - and not an ever-widening abyss.

What were your first steps in confronting addiction? What was successful, what really helped you? Before my girlfriend sent me to a meeting, I often tried not to drink for two or three weeks. I didn't see myself as an alcoholic yet, but I knew I was drinking too much. Of course that never worked.

I finally got dry with the help of a 12-step program. I can't even pinpoint exactly how it works, but it works! And not just for me, but for a lot of people. I've been sober for a good two and a half years now.

How long did it take you to dry out and feel reasonably comfortable with it? It took me about three to four months to pull through. At some point it just clicked and I realized 100% that I'm an alcoholic and that if I keep drinking I'm going to ruin my life.

This "surrender", as we call it in the program, is the most important step in my opinion. It actually only took about three months until I felt safe, i.e. no longer had the urge to drink.

Until I felt really good again and found my way back to myself, more than two years. I did exposure therapy during that time and it helped me a lot with my phobia. But it is ultimately a lifelong process. You have to work on yourself every day and everything is never perfect. One should never feel too safe. We say, "If you're feeling down, run to a meeting, if you're feeling fine, run to a meeting!"

How open are you about the topic? And were you able to be so open from the start? I'm very open about it now. I mean, anyone can access my Instagram and TikTok account. I also told my last employers about it. My last boss still follows what I do and thinks it's really great. At this point I would like to greet you and say thank you!

I have to say that I didn't tell those around me until I got really dry. I didn't do that before because I wanted to leave a back door open. That's why I can only advise everyone to initiate their close environment in any case! Otherwise I probably wouldn't have stayed dry either.

I only went public with it a year ago, after some deliberation. I was asked to do a television interview and then decided to do it. That was a great experience.

How do people around you react when you bring up your story with the alcohol? So far consistently positive! Everyone thinks it's strong that I've managed to get dry.

How often do you still think about alcohol? Because I post videos about the topic on TikTok every day, it naturally keeps me busy every day. But only in a positive way. I have no thoughts about drinking or anything like that. And of course I notice the consumption of other people much more now. And how much is talked about. I would like to take one or the other to a meeting.

What are the biggest challenges in everyday life for you? As far as alcohol is concerned, actually none anymore! I still have panic attacks and anxiety from time to time, but you learn to deal with them. And since I stopped drinking, they have also become much less. I was really in a very dark place during my time as a smoker. Depression came at some point. I don't want to go back there under any circumstances. I always tell myself that no matter what, nothing could be worse. But I still go to meetings to stay stable.

Do you think alcohol is also a social problem in Germany - and what would you like to improve there? Absolutely. It's an insanely big problem. The number of unreported cases of alcohol addiction is huge. The culprit is definitely the generally relaxed handling of it. Children grow up with their parents drinking all the time. At dinner, at every event, after a stressful day. Alcohol is just part of it and you grow up with it. Of course, you don't think about questioning your consumption afterwards. Everyone drinks! Also, you can't turn on the TV, listen to music, or read a book without alcohol being an issue. Ultimately, all of humanity is drugged. There just needs to be a lot more education about addiction, from a young age. Parents shouldn't set an example for their children. But you can't influence that.

You can find out more about Laura's everyday life on TikTok and on Instagram. Anyone who suspects that they have an addiction problem will find help in many places: their own family doctor, the telephone hotline of the Federal Center for Health Education (BZgA) on 0221-892031 (Mon.-Thu. 10 to 10 p.m.; Fri. to Sun. 10 a.m. to 6 p.m.) or the anonymous online advice of the BZgA here. Alcoholics Anonymous also offer help in many cities and can be reached by telephone on 08731-3257312 (daily 8 a.m. to 9 p.m.). 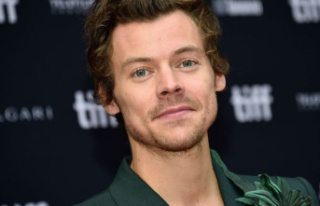 TIFF: Harry Styles honored for role in 'My Policeman'