Last white rehearsal on his desired way to Paris. 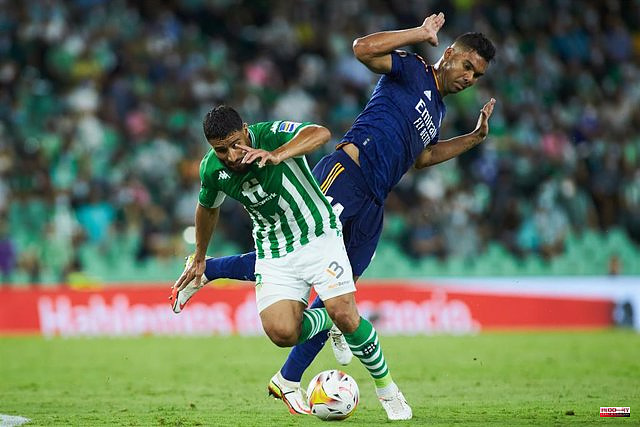 Ancelotti completes his rotation plan against the Verdiblancos, who want to close the season in style by scoring points at the Bernabéu for the fifth year in a row

Real Madrid faces Real Betis this Friday (9:00 p.m.) on the last day of LaLiga Santander, so the Santiago Bernabéu will be the scene of the last white rehearsal to close the set-up for the Champions League final in Paris, while Betis will want to add to avoid falling to sixth place, after staying at the gates of the Champions League in what will be a successful season.

Little more than a week for the Champions League final between Liverpool and Real Madrid in Paris, with the white news also marked by rumors of the signing of Kylian Mbappé. Thus, this match against the Verdiblancos will serve as the definitive test for the Italian coach, who since lifting the League 20 days ago, with four games remaining, has been weaving a rotation plan to ensure that all his troops arrive in the best conditions at the great European event.

For this reason, as Ancelotti confirmed in the preview of the duel, those players who did not play a leading role at the Nuevo Mirandilla, where the Whites drew (1-1) against Cádiz last day, will enjoy more minutes in the last League match at the Bernabéu.

Courtois could return to the eleven, with a defensive line made up of Carvajal, Militao, Nacho and Marcelo. Casemiro and Modric seem fixed, and could be accompanied by Kroos. Benzema and Vinicius, without minutes in Cádiz, point to headlines, with Valverde as that pivotal player who seems so important in Paris. Alaba, the only confirmed casualty, continues to push for the final, and this Friday will be the last game at the Bernabéu for Isco, Marcelo and Bale, who are out of contract.

"The match has to be competitive, with intensity, after winning the League we have competed, and tomorrow we want the same thing. Players who did not play against Cádiz will have more minutes", explained the coach at a press conference, which he set as a goal for this Friday "to have a good dynamic and intensity" in which it will be a "good game" and "of quality".

In this way, the coach will want to give continuity to that competitive tension and the high pace of the last three games he has played in the League since becoming champion, to end the season as he deserves at home. Something that was an obsession for Ancelotti, aware that having lived through this end of the domestic championship in a bubble of excessive relaxation would have negatively affected a squad that wants to reach Paris 'on top'.

Madrid comes to the match against Betis after winning their last three league games at the Bernabéu -against Levante, Espanyol and Getafe-, keeping a clean sheet in those three most recent home games. However, the Verdiblancos have proven to be a tough nut to crack in the white fiefdom, as they have not lost in their last four visits to Madrid, with two draws and two wins.

For its part, Betis only has the incentive of maintaining the fifth place that it now holds with 64 points, with its participation in the next Europa League already confirmed, after staying on the verge of playing in the Champions League, something that would have meant the icing on the cake. a season that is already exceptional. Champion of the Copa del Rey, they enter the game at the Bernabéu with only one defeat in their last five games. Losing in Madrid, where he has not fallen since March 2017, could condemn him to sixth place in favor of Real Sociedad, who must beat Atlético.

In their most recent match, Pellegrini's men said goodbye to their fans with a resounding victory (2-0) over Granada, the second consecutive after beating Valencia (0-3). Now it's their turn to close an unforgettable campaign for Beticismo, guided by the 'Ingeniero' and his great ability to organize and coordinate this squad, despite setbacks in the form of injuries.

Regarding the starting eleven, the Chilean will not be able to count on Bravo, so Rui Silva will be the starter. Sabaly will take the place of Bellerín, injured, and Bartra and Pezzela will be the pair of central defenders in the absence, also due to physical problems, of Víctor Ruiz. Canales, Carvalho and Guido would form in midfield, with Fekir, Juanmi and Borja Iglesias as great offensive threats, in a very competitive eleven that will guarantee a spectacle at the Bernabéu. 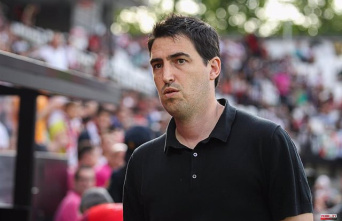