Lasquetty distances himself from the new Cordish project in Madrid: "It is not sponsored by the Community"

The start of filming of the new leisure, entertainment and business project in Madrid, promoted by the North American group Cordish -which already tried unsuccessfully in 2017 in Torres de la Alameda- has already provoked the reaction of the regional government. 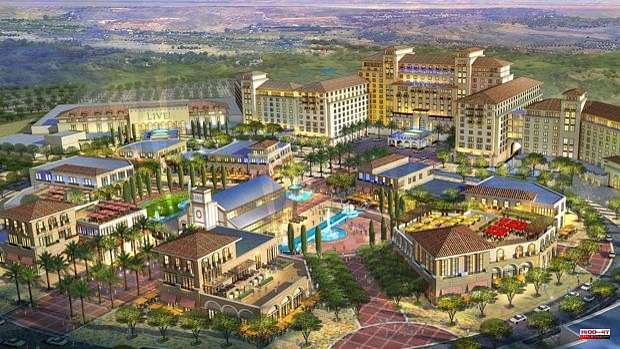 The start of filming of the new leisure, entertainment and business project in Madrid, promoted by the North American group Cordish -which already tried unsuccessfully in 2017 in Torres de la Alameda- has already provoked the reaction of the regional government. The Minister of Economy, Employment and Finance, Javier Fernández-Lasquetty, recognized this Monday -as his team had already confirmed- that the project had entered the register of the Community of Madrid. But he preferred to distance himself from it: «It is not promoted, nor sponsored, nor sponsored by the Community of Madrid».

Cordish is a large American company, with multiple business branches around the world. Among them, the entertainment. He arrived in Madrid in 2017 with the intention of opening a large complex with hotels, casinos and theaters in Torres de la Alameda.

But in the end, he did not get the OK from the Community of Madrid, whose government was headed by Cristina Cifuentes at the time.

Now, five years later, it is trying again, with a project that its own promoters want to separate from the Eurovegas model that was also proposed for the region. As they point out, if he planned 700 hectares of land with 6 casinos, his proposal does not exceed 120 hectares and a single casino. It would focus, they clarify, on entertainment and congresses and conventions, these from Monday to Friday, and the casino would be similar in size to the one in Aranjuez.

But even with the nuances, in the regional government they seem to observe the project with some reluctance. Or, at least, they distance themselves from it in their public demonstrations. This was the case this Monday, when the Minister of the Economy, Javier Fernández-Lasquetty, referred to it to clarify that "it is neither promoted nor sponsored nor sponsored by the Community." Moreover, he pointed out that "what Madrid promotes and sponsors are research, education, health, sports or cultural projects."

Fernández-Lasquetty added that "this is a completely private business project", to which "we have to give the report corresponding to the request that is made". Something that, at the moment, "is being evaluated, and there is still a procedure." He has avoided any assessment of it: "We have no opinion to give."

1 They warn of the risk of new wild boar attacks on... 2 The firefighters of the Diputación de Alicante are... 3 The collection of poems 'Servido en Frio',... 4 Nigerian forces are hunting for gunmen who shot 50... 5 Treasury changes for the second time in five months... 6 General USA: Ukraine will continue to receive'significant'... 7 Kazakhstani voters approve of constitutional changes... 8 The death toll from the tower collapse in southwestern... 9 US sanctions 2 Bosnian officials in connection with... 10 Iraq: A British man is sentenced to 15 years for smuggling... 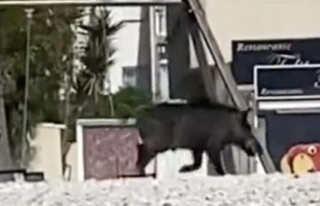 They warn of the risk of new wild boar attacks on...