Large-scale operation of the fire brigade: Explosion on a gas line in Duisburg - four people injured

An explosion on a gas line on a construction site in Duisburg injured four people on Tuesday, at least one of them seriously. 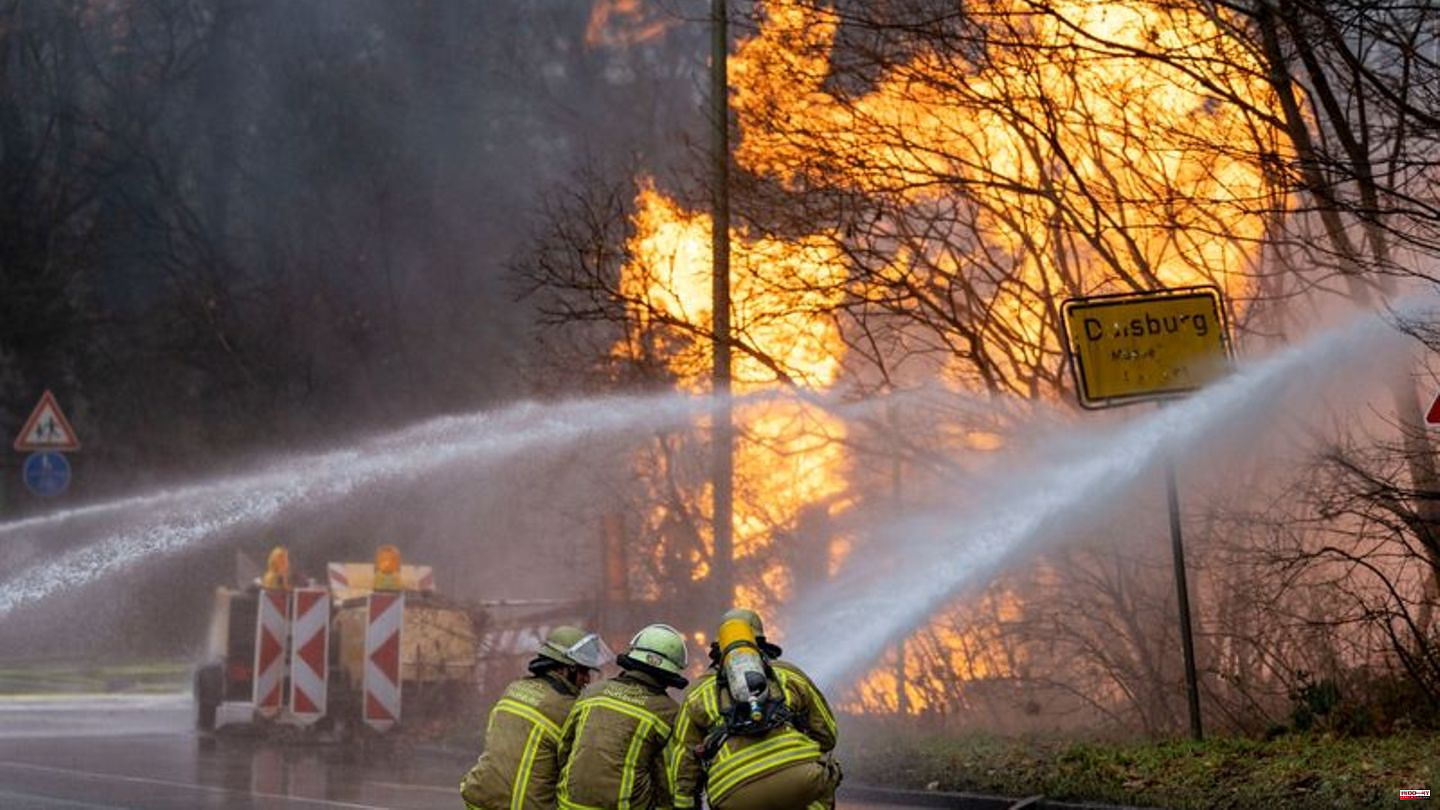 An explosion on a gas line on a construction site in Duisburg injured four people on Tuesday, at least one of them seriously. The accident happened right next to a gas station, which was not affected, said a spokesman for the fire brigade. A dangerous goods transporter loaded with gas cylinders also caught fire. But it was quickly erased.

Almost 50 firefighters fought against what was initially a house-high jet of flame that came from the underground gas line. The police warned of a large cloud of smoke over the western Duisburg district of Mündelheim, which was moving in the direction of Krefeld. Residents should keep windows and doors closed. The cause of the detonation was unclear, said a police spokeswoman on Tuesday. The four-lane B288, which connects Duisburg and Krefeld, was completely closed. There was temporarily no electricity in the surrounding streets.

Watch a video of a legendary blast in Duisburg in our archive: The "White Giant" skyscraper is blown up with a loud bang. The asbestos skyscraper was built in the 1970s. A city park is to be built on the vacated area.