The mayor of Sports Pablo García has presented this Tuesday the I Classic Bike Route that will be held this Sunday in the Parque de la Vega and that aims to bring and honor the world of classic bicycles to Toledo and cycling fans. 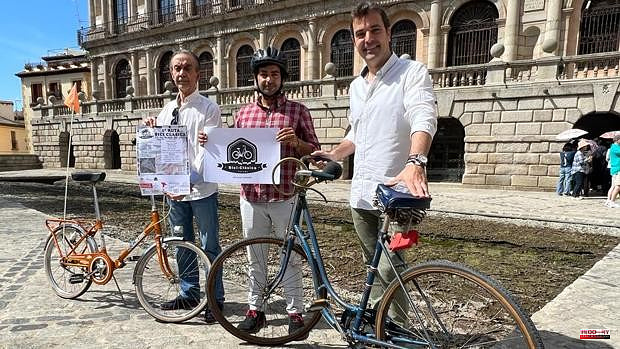 The mayor of Sports Pablo García has presented this Tuesday the I Classic Bike Route that will be held this Sunday in the Parque de la Vega and that aims to bring and honor the world of classic bicycles to Toledo and cycling fans. The proposal will be open to participation with other types of bicycles - not just classic ones - and will include prizes, music and crumbs, allocating the full amount of the proceeds to the APA Latido Animal association.

García has been accompanied on this occasion by the organizer of the event, Diego Martín, and the technical manager Pedro Pablo Velasco, from whom the proposal is based as a tribute to the bicycles of "our parents and grandparents, as well as the most laureate, Federico Martín Bahamontes from Toledo”, they have expressed.

"The event will allow you to enjoy a family day of outdoor sports, as well as the exchange of ideas and stories that bring to mind every adult, their youth bicycles, and take the opportunity to teach the youngest who in the past did not very old, the bicycle was not only a toy but a vehicle, and, therefore, the responsibility that its use on public roads entails, "the mayor has maintained.

In the Parque de la Vega, children under seven years of age will be able to enjoy games during the event and, later, a small route will begin for them through the interior of the park. Around 11:30 a.m. the awards ceremony will take place for the 'best classic costume', the 'best classic bicycle', the 'smallest participant' and the 'oldest participant'.

Later, the Swing Toledo group will offer a performance in the bandstand and there will be crumbs for all the participants in the test, as well as a gift for their attendance.

"We demonstrate the commitment to sport, responsible leisure and the promotion of healthy habits with innovative events that aspire to arouse hobbies", said the mayor, who highlighted that in the last week Toledo has hosted two innovative sports events such as the case of this test and the Toledo Bike Marathon.

Registrations have a symbolic cost of two euros per person and can be made, up to the day of the test, through Bizum (665578041) or by bank transfer to the bank account ES24 2100 39 76 2002 0031 9638, indicating the name and participant's date of birth. In addition, for more information, anyone interested can contact the organization email: biciclasicatoledo@gmail.com.

The amount of the total collection will go to the Toledo association APA Latido Animal, which will offer information to anyone interested in its mission through a small tent installed in the Parque de la Vega.

As for the participants, the use of a helmet will be mandatory, compliance with the instructions of the organization and it will not be allowed to overtake the leading vehicle. In addition, the direction must be maintained and avoid crossings, as well as stopping in the middle of the road and keeping a distance.

For the celebration of this route, there will be the Red Cross, volunteers and Civil Protection. In addition, it is planned that at the end both the organization and the volunteers will go to the statue of Bahamontes to immortalize this first edition of a test made "by and for the enjoyment of all".

As explained by the organizer of the event, Diego Martín, the idea arose as a collector of classic bicycles and after a work break that allowed him to present "a project to the City Council that they liked and for which I am grateful because it is something that I'm especially excited and I'm grateful for the opportunity."

In addition, the day will be a day of "family coexistence and for a good cause such as helping an entity in Toledo that works for animal welfare." Likewise, the technical manager, Pedro Pablo Velasco, has maintained that the occasion will also promote a road education class for young people "so that they learn that the bicycle is not a toy and can be an excellent means of transport." According to the organizers, a maximum participation of 200 people is planned and the test information has been sent to schools in the province to encourage them to participate.

1 Covite denounces another tribute to a deceased ETA... 2 Covid infections continue to decline with 2,727 new... 3 1,600 rescues in the last ten years in Castilla y... 4 The Madrid Court orders the Neurona judge to expand... 5 The Roca brothers add a flour from DeSpelta, a company... 6 The murdered sisters traveled to Pakistan deluded... 7 On June 18 the cows return through the Tagus to Trillo 8 A Small Fair turned into a "bigger" party... 9 A woman arrested in Elche for robbing the elderly... 10 Basketball: an NBA Chicago-Detroit match organized... 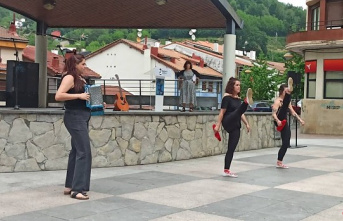 Covite denounces another tribute to a deceased ETA...