Lanzarote returns with enthusiasm to the European Sailing League

This week will start in Vilamoura (Portugal) the semifinal of the Sailing Champions League, or what has been the Europa Sailing League. 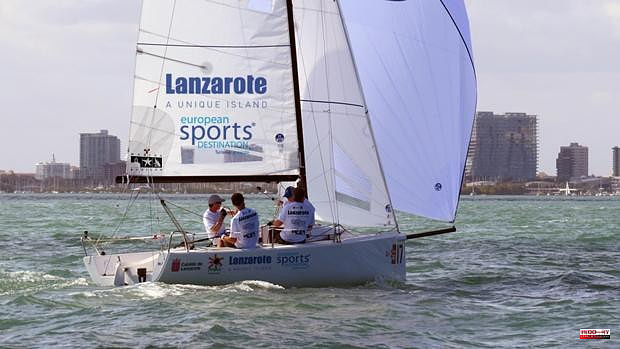 This week will start in Vilamoura (Portugal) the semifinal of the Sailing Champions League, or what has been the Europa Sailing League. The competition will begin next Thursday May 26, ending on Sunday 29, and optimal conditions are expected for sailing. This competition system is very original, all the crew members of the same team must have their federative license from the same club, they sail in completely the same boats, which on this occasion will be the J70, the crews rotate from boat, thus rewarding talent of the sailors and not so much the set-up. In addition, these regattas are very short and very intense, in which all the participants have to do their best, disputing more than 30 races in a championship.

The teams that come to Vilamoura come from all over Europe, with a total of 23 teams, the participating countries are Austria, Finland, France, Germany, Italy, Lithuania, the Netherlands, Norway, Sweden, Switzerland and Spain. Two teams come from our country: CN Altea and RCN Arrecife - Lanzarote European Sports Destination. The Canarian team has come this far after having won the semi-final held last year in St. Petersburg and after sweeping the Spanish Sailing League, where it won convincingly the two events that were held in S'Arenal and Calpe.

The Lanzarote crew has wanted to bet on young talent along with veterans. The youngest members of the team are Alberto Morales, who will be the skipper, and Miguel Bethencourt, who will be the bow, the other two more experienced crew members are Cristian Sánchez and Pedro de León, who will both perform the role of trimmer. The four sailors of the RCN of Arrecife, have been training previous days to be able to arrive at Vilamoura in the best form. and they hope to do a good job although they are aware that it would not be easy for them.

“After the experience in the Spanish Sailing League, we traveled to Portugal very motivated and with great enthusiasm, but we know that there are more than twenty teams and that they are all dangerous, so we cannot lower our guard at any time”, were the impressions of the Patron Alberto Morales.

Cristian Sánchez commented “We have a good team, and we trust our skipper a lot, but we know it won't be easy at all. We are already looking forward to reaching Vilamoura and being able to navigate the J70”.

After this semifinal, in the month of July the great European Final will take place in the German city Dude Travemunde. The team from Lanzarote will also attend such an event, although it is possible that some of its crew members will change, so that all those who have been participating in both international and national events of these sailing leagues can rotate.

1 Alpine CEO sows doubts about Alonso's future 2 Mbappé's house in Madrid, the power of his mother... 3 Where is Lester Lescay?: Cuban athletics is bleeding 4 Atlético finishes third and Villarreal will play... 5 Life sentence for the Russian soldier who killed a... 6 Two Spanish sisters are murdered in Pakistan to "wash... 7 Biden warns that the US will respond militarily if... 8 Turn of the screw in Afghanistan: TV presenters forced... 9 Language and identity: the other war in Ukraine 10 The war in Ukraine, live | Life sentence for the Russian... 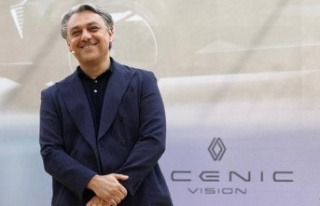