The Sailing Champions League, or what has become the Europa Sailing League, is one of the most original competitions held in the sport of sailing. 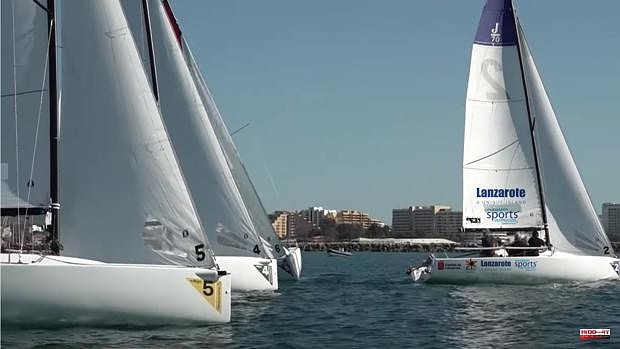 The Sailing Champions League, or what has become the Europa Sailing League, is one of the most original competitions held in the sport of sailing. The teams must be made up of four or five crew members who have their federation license from the same club and have previously qualified in their country, therefore we are talking about a true Club Champions League. It is sailed in completely the same boats, which on this occasion are the J70, the crews rotate from boat to boat, thus rewarding the talent of the sailors and not so much the set-up.

This weekend the semi-final of this exciting competition is being held in the Portuguese waters of Vilamoura.

The regattas began last Thursday and will end next Sunday. A total of 23 teams from all over Europe have attended the event, with the aim of obtaining a postponement to play the Grand Final that will take place in Travemunde (Germany) in mid-July. Only two Spanish teams have managed to qualify for this first European test: Lanzarote's RCN Arrecife - Lanzarote ESD and CN Altea, who were the champions and runners-up of the Spanish Sailing League, respectively.

The start of the championship has not gone in the best way for the Spaniards and it is those from Lanzarote who are doing better in the provisional classification, being among the top 12 classified. While the top 3 of the classification is for Italians, Swiss and Germans. The rest of Europe is represented with the following countries: Austria, Finland, France, Italy, Lithuania, the Netherlands, Norway, Sweden and Spain.

The Vilamoura regatta course is one of the most complete and is presenting fantastic conditions for navigation. The teams have sailed with fresh breezes that have reached 18 knots of intensity, but as the hours go by, the wind decreases to 8 knots. Conditions that make the classification very equal, without favoring too much the heaviest crews nor the lightest ones.

Young people from Lanzarote with a lot of talent

The Lanzarote crew has wanted to bet on young talent along with veterans. The youngest members of the team are Alberto Morales, who performs the functions of skipper, and Miguel Bethencourt, who goes to the bow, the other two more experienced crew members are Cristian Sánchez and Pedro de León, who both perform the function of trimmer. The Lanzarote RCN Arrecife team has already demonstrated its enormous worth by winning convincingly in the national events of this same competition. It is true that the start of the championship has not been easy, but there are still two long days of competition left and they can come back in the final classification. The same team, but with a different crew, will be present again at the Travemunde Grand Final for two reasons. First, last year they won the semi-final played in St. Petersburg and also won the Spanish Sailing League, so they are assured of going to the final.

“We are a light crew and it wasn't difficult to develop a good speed in the hard wind heats. Later, when the wind slackened, we managed to be further ahead and we did very good races. This has only just begun and we can still give a lot of trouble”, commented the trimmer Pedro de León at the end of the second day.

Miguel Bethencourt commented “We are getting along well and we don't have problems in the manoeuvres, we made small mistakes in some races and that weighs you down. We're going to stay focused and I'm sure we'll improve”.

1 Videos. ABBA in holograms for those who were there... 2 Mimizan: The town's triathlon will feature disabled... 3 South-Gironde: A body sought after discovering a car... 4 Spain plans to reinforce the German air contingent... 5 They rescue 46 live turtles and crabs that a passenger... 6 Meat Carnival 2022 in Valencia: program of events,... 7 United States: President Biden withdraws from the... 8 López and Doreste lead the Spanish Catamaran Cup 9 «Soul Marbella Aedas Homes», first leader of the... 10 Cycling. The fourth stage of the Alpes Isere Tour:... 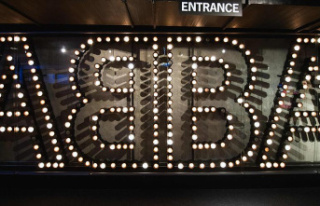 Videos. ABBA in holograms for those who were there...