Bernarda has waited for this moment for 85 year, the time of her rebellion, when she raised her voice and demanded the floor with force. 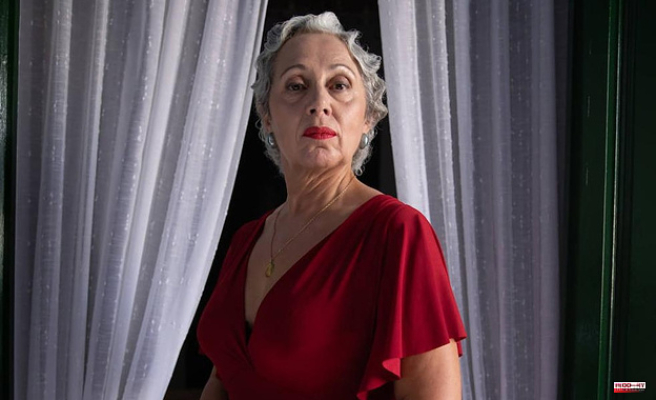 Bernarda has waited for this moment for 85 year, the time of her rebellion, when she raised her voice and demanded the floor with force. With pride. With love to Lorca. 'La Rebelion de Bernarda' is a short film directed and written by Jorge Pastor (Granada-born journalist for IDEAL). It will be shown in Madrid at the Artistic Metropol Cinemas. It will be shown in three shows: at 7:00, 8:00, and 9:00 p.m. Pastor, Carmen Ruiz-Mingorance, and Juanjo Lopez, the producer.

In the six months of 'La rebelion de Bernarda" being in distribution, seven festivals have been selected for it. He also has three awards. He was awarded the Best International Actress Award for Carmen Ruiz -Mingorance at Rio de Janeiro Short Film Festival.

It was June 19, 1936. Garcia Lorca put an end to 'La casa de Bernarda Alba'. The play is in three acts and depicts the state of deep Spain at the start of the 20th century. It takes place in Calle Real de Valderrubio, where Bernarda lives with her five daughters. She then condemns them to eight years of mourning, captivity, and she was widowed twice. However, 85 years later Bernarda rebels against her destiny. She decides to forgo Federico's'script' and take control of her own fate. All the consequences. This is "La rebelion de Berna", a short fiction film featuring Carmen RuizMingorance, and produced by Oktana–Casa de Cultura.

The Caja Rural Granada Foundation supported the film. Castor Limpias Wind Hunter, Vigilsa Granada and Casas Cueva del Tio Tobas also helped with the production. The film was shot in June at two locations that Federico loved: the Valderrubio house museum of Garcia Lorca's family, where Federico spent most of his childhood. Also, the exact home where Francisca Alba was born, where Garcia Lorca was inspired by the story 'The House of Bernarda Alba. It was essential that the recording went smoothly because of the collaboration with the Valderrubio City Council. Exteriors were done on the Paseo de la Constitucion, Granada.

Pastor says that Bernarda's rebellion "arises out of the need to tell a story about an insurrection which emanates at the most intimate level, the right for all people to be the true heirs of their future." >. "From the very first moment we have professed total respect for Federico, his creation, and I am absolutely certain that, sticking to his extremely open conception of culture, he wouldn't object to 'La Rebelion". He assures.

Juanjo Lopez, the production director, says that in order to tell such an inspiring and modern story, it was necessary to have a technical team and an artistic team. He also stated that they had to be professional and show a great deal of respect for the environment where they were shooting. Its historical and literary significance. Lopez says that Jorge was telling him about his idea, but in my head, I was thinking about the insane desire to tell Oktana (our producer) that this was the project I was looking for..

Anna Ellina, executive producer for the short film is the one who takes the final step. She says this: "Between Jorge's confidence and Juanjo's enthusiasm, I felt that we had to lift that project. Juanjo was also told to contact Jorge to let him know Oktana is 100%. She adds that Jorge, Lorca, and Granada are responsible for this. You can't help but jump when three love interests align. Although we may not have the greatest resources, we do have what is important: determination and absolute devotion.

1 Are lobsters, crabs, and octopuses capable of feeling?... 2 Real Madrid's most amazing Champions unleash... 3 Thibaut Courtois is the best goalkeeper in Spain 4 Spaniards pay 39.3% in taxes on their salary, which... 5 Since the pandemic, nearly 600 billionaires have been... 6 Ione Belarra endangers Imserso's trips to Benidorm... 7 Castilla-La Mancha closes the week with seven patients... 8 Two septuagenarians die after falling down a gap on... 9 Only 1.5% of vacant homes are available for sale 10 How to get a mafia leader's mansion and other... 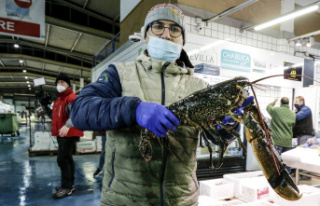 Are lobsters, crabs, and octopuses capable of feeling?...