"I have two hours, that's what we said," jokes Jean-Luc Mélenchon, standing behind the desk. 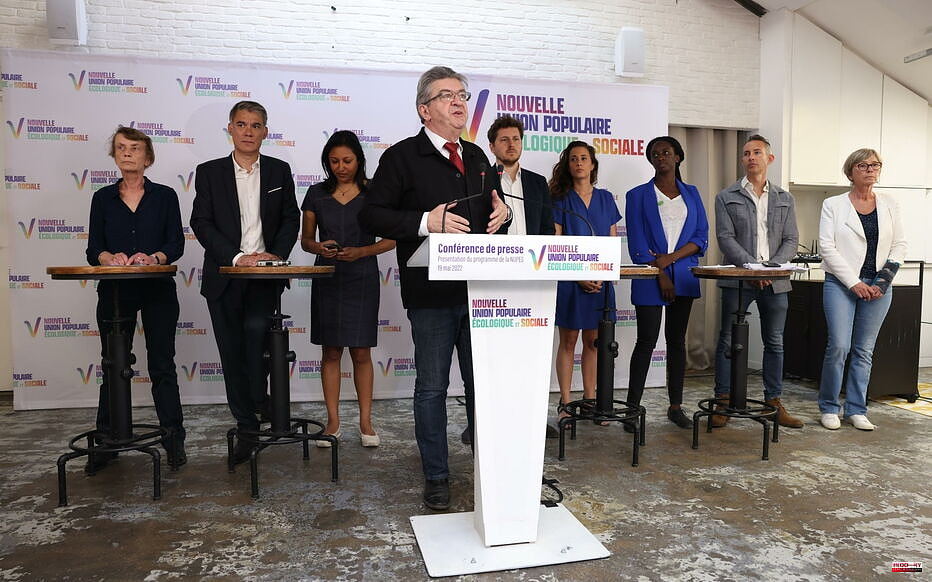 "I have two hours, that's what we said," jokes Jean-Luc Mélenchon, standing behind the desk. This Thursday, the rebellious leader was in a playful mood. Fifteen days after the historic agreement in the legislative elections between LFI, EELV, the PS and the PC, and one month before the ballot, the former presidential candidate unveiled the "shared government program" of the New Popular Ecological Union and social (Nupes) during a joint press conference where he notably shared the platform with the First Secretary of the PS, Olivier Faure, the boss of EELV, Julien Bayou, but not the communist Fabien Roussel, retained in his constituency and represented by its spokesperson Ian Brossat.

The objective of the Nupes was to go further than the alignment of "a few measures which would have reduced our union to the character of a pure electoral cartel", argued Jean-Luc Mélenchon, recognizing nevertheless that "a merger of all our programs was impossible". The document, compared to the "common program of 1972", includes no less than 650 measures around eight major chapters. Among the strong measures: the minimum wage at 1,500 euros net, retirement at 60, price freezes, the transition to the Sixth Republic, the citizens' initiative referendum (RIC) or even a 65% reduction in gas at greenhouse effect by 2030…

Points “will be put to the wisdom of the Assembly”

Jean-Luc Mélenchon reaffirmed his ambition to win the legislative elections with Nupes to impose cohabitation on Emmanuel Macron and become Prime Minister. “In a democracy, the last to win has the last word. And if we win, our program will be applied. An ambition shared by its new partners. “This time, on June 12 and 19, we will finally be able to vote with a smile, and win, and govern,” underlined Julien Bayou. “People will tell you that it is not possible. The history of the left is to have made possible things that were presented as impossible the day before, ”explained Olivier Faure.

Still, rebels, ecologists, socialists and communists obviously do not agree on everything. "The idea was not to lead to an ideological fusion", insisted Jean-Luc Mélenchon who nevertheless wanted to minimize these differences: "Out of 650 proposals, 33 are in nuance, that is to say 5% of total. This 5% will be arbitrated by Parliament. Understand, MPs of every sensibility will retain their freedom to vote within their group. Thus, at the end of each chapter are listed “the points which will be put to the wisdom of the Assembly”.

Modus vivendi on Europe, but not on NATO

On Europe, a modus vivendi has been found. The signatories say they are "ready not to respect European rules, to disobey for some, to derogate temporarily for others - when they are in contradiction with the application of our program". But on NATO, the PS declares itself in favor of remaining in the organization when LFI and the PC want France to leave its integrated command. Other "nuances": the PS refuses the abolition of stock options, the nationalization of generalist banks (like EELV) or the use of the term "police violence".

On nuclear power, the Communists make their difference heard since they share neither the objective of switching to 100% renewable energies nor the plan to abandon EPR projects. "We agree on the essentials," tempered Ian Brossat. The message is clear: if the differences exist, they will be muted in the event of a victory.

1 Russia wants to leave Ukraine without the electricity... 2 Roland-Garros draw: Djokovic, Nadal and Alcaraz in... 3 Incredible trial between two influencers: lies and... 4 Micic knocks down Olympiacos and Efes repeats the... 5 The sentence of the killer of the Quebec mosque will... 6 The PP denounces the "disaster" of the school... 7 They launch a campaign to claim communications from... 8 Blanco highlights the "powerful" package... 9 “We too have decisions to make,” says Cam Neely 10 Summary of More beautiful life episode 4544 of May... 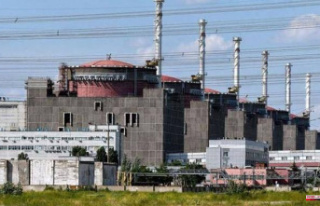 Russia wants to leave Ukraine without the electricity...