La Mota joins the Anfitrion festival as a stage performer

News from the Host. 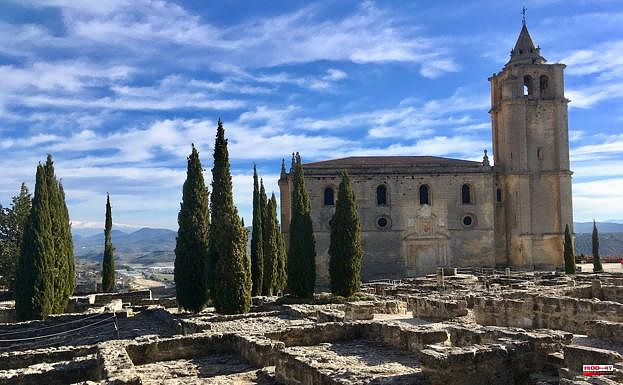 News from the Host. The third edition of the festival of Andalusian performing arts, which is organized by the Andalusian Agency of Cultural Institutions of Ministry of Culture and Historical Heritage will be held in both summer (from July 1-August 31) and autumn, (October and November) across all Andalusian Provinces. The summer season will see the addition of Plaza del Sexi in Almunecar and La Mota Fortress in Alcala la Real.

Patricia del Pozo, the councilor, highlighted this fact in her presentation. She announced that there would be over 60 performances, including 49 shows of dance, flamenco and circus. The price of tickets will range from 10 to 15 euros.

It will stop in Alcala la Real, Jaen, Italica, Santonce, Seville, Baelo Claudia, Tarifa, Cadiz, Almeria and Fuengirola (Malaga), while it will turn to Cordoba or Huelva in autumn.

Patricia del Pozo stated that the festival blends performing arts, heritage, and summer. It "is consolidated to be one of the best leisure options available for the local public as well as seasonal tourism as well as a showcase For Andalusian scenic creation."

The host will begin in Alcala la Real, August 12, at the Capuchin Convent. He will perform 'Primus Circundedisti Me'. Corazon y delirio de Fernando de Magallanes, Producciones Imperdible. The piece, directed by Jose Maria Roca, stars Santi Rivera. It tells the story of Fernando de Magallanes, starting with his vision. Santi Rivera was recently awarded the Lorca Award for Best Actor for his outstanding performance.

The series will now move to the Fortaleza de la Mota on August 19, where the Tormento group will present "Where will I be tonight?" The last days of Joan of Arc at Rouen prison. This work focuses on the human side of Joan of Arc. It is performed by Alicia Moruno. Text by Borja De Diego, music by Jasio Valasco. Veteran Fernando Hurtado will present "Low Cost" on August 20. This is a retrospective of his 20-year career.

Juan Valderrama's August 23rd performance of 'Mujeres de Carne y Verso’ will be presented. This inclusive and acoustic show honors the women who created these songs in their original languages, Spanish, Catalan, and Galician.

El Aedo Teatro, which will present 'Punos de Harina" on the 24th of April, will also show the same text. This text is worthy of the Autor Expres 2019 award by the SGAE. Jesus Torre wrote, directed and performed the work. This work examines racism, homophobia and violence, as well as how Roma men attempt to be "real men" even in difficult situations.

The dance will arrive at Alcala la Real on August 26th with La Permanente and its show "Bloody Mary", a choreographic story that involves an absurd rewriting Snow White's story. It is being interpreted by Paloma Diaz, Antonio Estrada and Pilar Gomez.

The circus will be installed at the Fortaleza de la Mota on the 27th with the Albadulake Company from Extremadura, and the show Genoma B', the house Bernarda Alba. This new dramaturgy is for Lorca's work where five sisters are held in five hoop dresses.

Sergio Albacete, a saxophonist, will perform a concert live on August 30. He has a 25-year career in music and has performed with many well-known musicians like Jorge Pardo (Perico Sambeat), Eric Alexander, Jorge Pardo (Ernesto Aurignac), Martin Andersen, Miguel Rios or Enrique Morente.

Anfitrion will be closing in Alcala la Real, August 31st, with ImproMadrid, the company, and Ana Morgade. Ana Morgade will present 'Porvenir' where four friends question how they want their lives to mature. Impromadrid is a well-known improvisation company.

1 The first documentary series on the latest history... 2 Wood is the supermaterial no modern alloy can beat... 3 As tourism is restricted in China, Airbnb will quit.... 4 Science is born. This opens the door to scientific... 5 Zverev removes Alcaraz from its pedestal 6 CSD will provide 187 million for sports federations... 7 Iberia launches its first long-haul flight using waste... 8 Inflation and growth will be affected more by Russia's... 9 Cryptocrash: "I was arrested because I knocked... 10 In the face of positive electoral expectations, Sanchez... 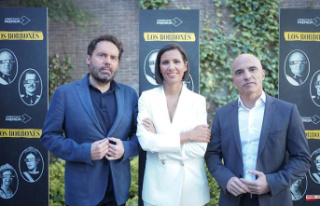 The first documentary series on the latest history...