La Chicane: Back... Just to [re]see the world 1997. La Chicane lands its first album contract, the one that will allow it to launch En sly. The rest, we know. It has become embedded in our collective musical DNA, with big hits of Calvary, Just to see the world and You can leave. A quarter of a century later, La Chicane has still not said its last word. Far from it, even, promises Boom Desjardins.

“It is a privilege to be able to cross the years. And that, we owe it entirely to our songs. Good tunes remain timeless, they stand the test of time,” says Boom Desjardins, in an interview with Le Journal.

It is true that the successes of La Chicane have never ceased to thrill Quebec music lovers. It is indeed difficult to sit near a fire or in a karaoke without hearing someone "sing" (the term can sometimes be generous, especially in this second place) a well-felt Calvary or a Just to see the world unifier.

That is also felt in the concerts given by Boom Desjardins and his band, still as popular as when their first album was released. Their most recent tour, the one celebrating the band's 20th anniversary, recently wrapped up after 180 performances. An unexpected success for the 50-year-old rocker.

“We are always surprised to see that the broadcasters are so enthusiastic about having us, that the fans are still responding and filling our rooms. It's fun! And us, as long as we continue to have fun, we will continue, ”says Boom Desjardins.

But to put on shows – and thus, cultivate this primordial “fun” – there is nothing better than having new pieces to offer. And nearly 15 years after the release of their last studio album, La Chicane was ripe to replenish its discography.

So that's what the group is about to do today with When it's going well, a new effort expected on listening platforms in a few days. Boom Desjardins admits to being feverish at the idea of ​​finally releasing these songs.

Why “finally”? Because these new pieces have been sleeping in the boxes of the singer and his band for quite a while now; first expected on the market in the spring of 2020, Quand ça va ben saw its release postponed when the pandemic hit the planet and the music industry hard. It was therefore more prudent to wait before revealing it... among other things, because of its title.

"We couldn't even release an album called When it's going well at a time when everything was going badly!" laughs Boom Desjardins.

“We have heard so much “it will be fine” since the start of the pandemic. Now that the sanitary measures are becoming more flexible and with the wearing of the mask which is no longer compulsory, we see the light at the end of the tunnel. I think we can finally say that things are going well. It's time to honor our title and launch it, this album, "continues the singer.

Even after having slumbered in silence during these two years, the titles that the group offers today have lost none of their relevance or their topicality, assures Boom Desjardins. Their themes, like the other essentials of La Chicane's repertoire, are intended to be universal, unifying and unifying.

What is it about? Of separation, mental health, clash of generations and the new way of life adopted by Éric Maheu, sober for more than six years now.

“We have always tried to follow the pulse of people, to sing about things that they experience and in which they recognize themselves. Because, basically, that’s why we do this job,” says Boom Desjardins.

“An actor wants to be remembered for his films. A singer, he wants people to stop him in the street to tell him that one of his tunes accompanied him to a funeral, a wedding or even therapy. That's why I do this job: I sing to touch people, "he concludes.

►The album Quand ça va ben will be on listening platforms from Thursday. The launch will take place at Club Soda in Montreal on May 24.

The album was recorded. Almost ready, even. But the departure of Dany Bédar – then the arrival of Jean-Marc Couture – put La Chicane back on the path to the studio to make last-minute alterations to Quand ça va ben.l

No question for La Chicane to welcome Jean-Marc Couture in its ranks without first making room for him on this new album. The one who was first known as the big winner of Star Académie 10 years ago, recorded guitar and voice on the new pieces expected this week. He will then defend them on stage, alongside Boom Desjardins, Éric Maheu and Martin Bédar throughout the Quand ça va ben tour.

"We were a bit nonchalant with this album, we hadn't finished mastering yet. So as we had the opportunity and the time to rework it, we took advantage of it. And all of this was done by mutual agreement with everyone involved and the process was only positive,” says Boom Desjardins.

At the end of the line, Boom Desjardins does not have the slightest trace of resentment (neither in blood nor in voice) when it comes time to talk about his former sidekick. The two artists are indeed on good terms. In short, no bun crepage – or chicane – due to the departure of Dany Bédar, announced this winter.

The latter left the formation to devote himself entirely to a new solo album that he wishes to present in the coming months.

“I believed in him, I produced his first three albums. He deserves to work on his own material, to devote himself to his solo career. La Chicane is a full-time job, he could not have done both,” explains Boom Desjardins.

The singer also claims that the door is not closed to a possible collaboration.

"Jean-Marc Couture is on the album, the tour poster, he left New Brunswick to settle here... So he's the one who's with us for the next three years. But we often have surprise guests in our shows. I think it would be a nice surprise to have Dany Bédar with us at some point. The door will always be open,” assures Boom Desjardins.

1 The end of an era for Deno's 2 Russia suspends electricity supply to Finland 3 The swimming pool season starts today, without capacity... 4 Outcry after Israeli police charge at funeral of Shireen... 5 «That Joaquín did television was a matter of time» 6 Alejandro Climent is the leader of the first day of... 7 The great municipal seduction of QS 8 Let's stand together with the police 9 What have we become? 10 Living the territory intelligently 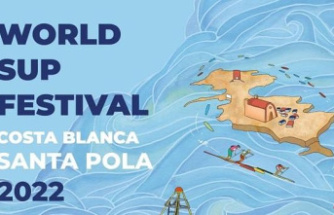 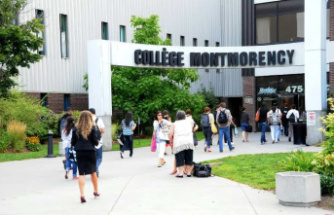 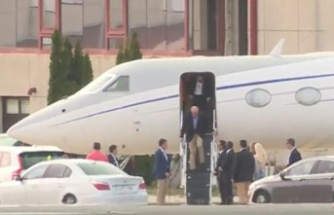 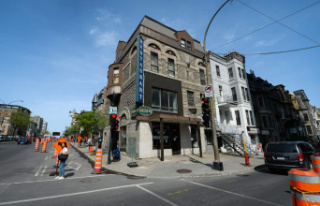 The end of an era for Deno's