Kyiv has won the fight for the European oil embargo. 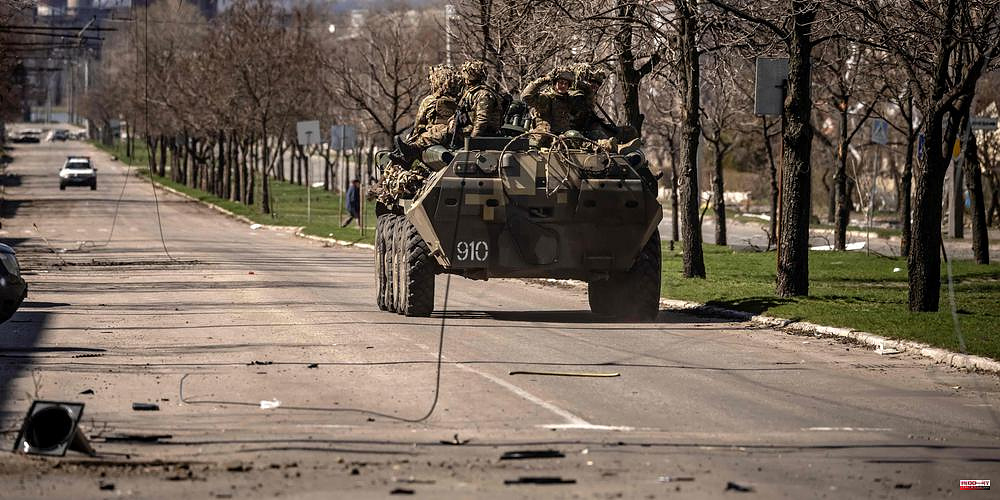 Kyiv has won the fight for the European oil embargo. This is supposed to stop Moscow's "war machine" funding. However, Russian forces continued to focus in eastern Ukraine on Tuesday. Overnight, the 27 European Union member countries agreed to a gradual embargo. It will be in effect from Monday through Tuesday. The embargo will initially apply to oil shipped by ship. Two-thirds of European black gold purchases are by ship. To lift Budapest's veto, a temporary exemption was granted for oil transported via pipeline.

Charles Michel, President of the European Council, tweeted that "this will cut off an enormous source of funding Russia's warmachine." The extension of the embargo on pipeline deliveries will then go through the board "as soon possible". In total, 90% Russian oil exports will be stopped by the end the year, according to President Ursula von der Leyen of the European Commission and French President Emmanuel Macron. In a video message broadcast at the extraordinary summit in Brussels, Volodymyr Zelensky, the Ukrainian president, challenged Europeans about their need to stand up against Moscow.

Oil is the key. Russia will be the last oil source for Europe. He said Monday evening that the Russian energy weapon was threatening the independence of Europeans. This comment came before the news from Brussels. The sixth package of European sanctions includes the exclusion from the Swift international financial network of three Russian banks, including Sberbank which is the main institution of the country.

Despite the perception that Russia is resisting sanctions, disruptions are already being felt in Russia's economy. Accordingly, the price of foreign car spare parts has risen by at least 30%. The inflation rate of nearly 18% per year in April is the highest it has been in 20 years. McDonald's and Starbucks are closing down, as well as Renault Cars. Tens of thousands are either on temporary work or forced leave, from the factory of Avtovaz (the country's largest car manufacturer) to the airport Ural Airlines.

European leaders approved Monday evening that 9 billion euros would be granted to Ukraine to pay its immediate cash needs and keep its economy afloat. On Tuesday, the summit will address the continent's energy transition without Russian gas and the threat to the African continent by addressing the crisis in food supply linked to the conflict in Ukraine. According to a Kremlin statement, Russian President Vladimir Putin said to his Turkish counterpart Recep TAYYIP Erdogan that Russia was ready to cooperate with Turkey in free movement of goods within the Black Sea. This includes "the exportation of grain from Ukrainian ports."

Russia is accused by the West and Ukraine of blocking ports at the Black Sea. However, Russian officials have denied this accusation. Russian forces are moving eastwards in the country. They meet Ukrainian forces in Severodonetsk's heart. This city, along with Lyssychansk, is one of the key cities in the Donbass regions still under Ukrainian control. Since several weeks, the Russian army has attempted to seize control of Severodonetsk. President Zelensky admitted that the Ukrainian army is currently in trouble.

"The situation in Donbass is extremely difficult. Monday night, President Zelensky stated that the Russian army was trying to consolidate its forces in Donbass to increase pressure on our defenders. Russian forces want to take control of this mining basin. This area was taken over by pro-Russian separatist forces that were backed Moscow in 2014. Frederic Leclerc -Imhoff, a French journalist who worked for BFMTV, was based in this region. He was there to expose the truth of war. He was shot along with civilians fleeing Russian bombs on board a humanitarian bus," the French President Emmanuel Macron tweeted.

1 Hobbies. Drome: A mini transhumance in Allan Sunday... 2 WHO: Monkey pox is not a pandemic threat. 3 WHO says that the tobacco industry has had a 'disastrous"... 4 The Morning. Isere's relay antenna is set ablaze... 5 Val-d'Oise - Eric Dupond-Moretti is taken to... 6 Policy. Macron will be on Tuesday in Cherbourg for... 7 Where is Mercadona looking for staff this summer for... 8 PAU 2022 in Valencia: these were the cut-off marks... 9 PAU 2022 in Valencia: when is the ordinary call for... 10 The latest WHO report confirms Pedro Cavadas'... 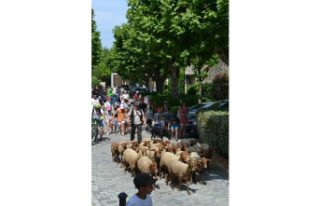