kyiv will win the war “before the end of the year”, assures the head of Ukrainian military intelligence

The war in Ukraine will see a “turning point” in August and Russia will be defeated “before the end of the year”. 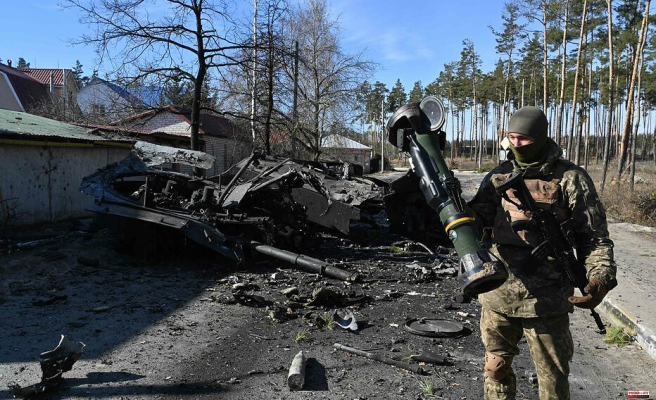 The war in Ukraine will see a “turning point” in August and Russia will be defeated “before the end of the year”. This was predicted by the head of Ukrainian military intelligence, assuring that kyiv will manage to regain all of its territory.

Victory will not be "easy", but "it will happen", declared Kyrylo Boudanov in an interview with the British channel Sky News published on Friday evening, where he appears calm and says he is "optimistic" in view of the current evolution of the conflict.

"The turning point will be in the second half of August" and "most military operations will be completed by the end of the year", he predicts.

At the end of this war, "we will restore Ukrainian power in all the territories that we have lost, including Donbass and Crimea", he assured.

According to Mr. Budanov, the Russian army “suffers heavy losses in men and armaments”, in particular because Ukraine knows “everything” about it, including its military plans.

On the military side, the Ukrainian Ministry of Defense estimates Russian losses at more than 26,000 men, 199 planes and nearly 1,200 tanks since the start of the invasion on February 24. However, no independent statistics are available.

Mr. Budanov also claimed that Russian President Vladimir Putin was "in a very bad physical and psychological state", assuring that he was "very sick" and that he suffered from "several diseases at the same time, including cancer" .

According to him, the Ukrainian victory will lead to a "change of leadership in Russia", a coup to overthrow the Russian president being already in preparation in Russia according to him. "It's impossible to stop them," he said.

Read alsoWar in Ukraine: fighting in the Donbass, negotiations on Mariupol… the point on the 80th day of the fighting

"The gradual liberation of the Kharkiv region proves that we will leave no one to the enemy," noted Ukrainian President Volodymyr Zelensky on Friday evening in his daily message, announcing that the recovery of territories that fell into Russian hands will continued.

1 Death of Shireen Abu Akleh: the UN Security Council... 2 “Hands off our bodies!” : in the United States,... 3 Texas court reauthorizes investigations targeting... 4 War in Ukraine: the “diplomatic” tone rises between... 5 War in Ukraine: disputed Serpents' Island, kyiv... 6 An exchange of detainees between the American basketball... 7 After hate crimes in Buffalo: Biden declares war on... 8 Request for the evacuation of the fighters: women... 9 Women's French Cup: in Yzeure, the 38-year-old... 10 "I'm here for a long time", Tony Parker... 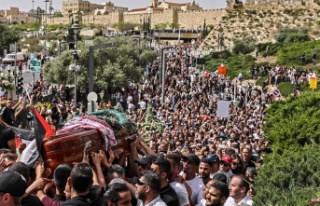