The young Kotejorosco has to fight against a snake to save and reunite his family. 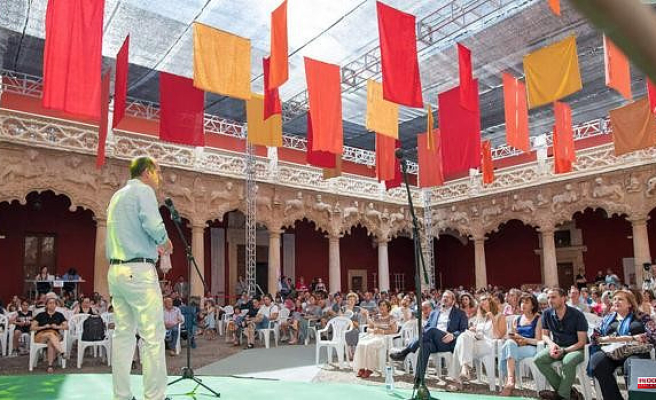 The young Kotejorosco has to fight against a snake to save and reunite his family... This is how the story that opened the 2022 Guadalajara Story Marathon begins this Friday. It is a story that serves to describe the horrors of everything what is happening in the Ukraine war.

Its author, Aleksandra, a 24-year-old from the Ivankov region, talks about her fears in this story, but also about her anguish that has led her to live in a basement sheltered from the bombs and attacks caused by the horror of war

The person in charge of reading this little story has been the mayor of Guadalajara, Alberto Rojo, who has inaugurated the XXXI edition of the Story Marathon with a popular Ukrainian story that reflects on peace, freedom and fraternity.

The Guadalajaran alderman has clarified in his speech that «I ask that no snake lead us to confrontation; and may the horror of war not end our union."

Aleksandra has recognized that she met Spain one summer when she was very little, and she wanted to convey with this story that, in life, the only fight that "is worthwhile is that of twinning".

Alberto Roja has also highlighted in his speech, this year's theme, «Europe. Rutas y Caminos", an initiative to row all for a diverse world in which freedom, peace and fraternity always reign, and where all routes and paths "always lead us towards happiness".

Together with the mayor, the second deputy mayor, Sara Simón, the Councilor for Culture, Riansares Serrano, other members of the Municipal Corporation and the delegate of the Board, Eusebio Robles, attended the starting signal for the Story Marathon together with its main promoter, Blanca Calvo and the rest of the members of the Children's and Youth Literature Seminar.

On the other hand, the Guadalajara City Council has increased its contribution to the Children's and Youth Literature Seminar to 90,000 euros for the organization of the Story Marathon and the rest of the cultural promotion activities carried out in the city during these days .

The mayor of Guadalajara, Alberto Rojo, has signed this agreement with Concha Carlavilla, president of the Seminar, increasing by nearly 20,000 euros, just over 20%, the City Council's financial support for this important cultural association in the city.

"The agreement that we renew today with the Literature Seminar emphasizes the importance that as City Council we attach to culture in our city, and what better exponent than one of the associations that do the most for its promotion, that have done the most to raise the name of the city at the top of oral narration in this country and in the world”, said Rojo, who was accompanied by the Councilor for Culture, Riansares Serrano.

For this reason, the mayor pointed out, "the Marathon always has to have resources, and this year, taking advantage of the fact that it is 30 years old and the XXXI edition, "and that we are going to be able to hold a full call, we wanted to make that quantitative leap in slightly more than 20%, despite the fact that unfortunately not all political groups agreed with this increase».

1 NATO's Eastern Nations Want Better Protection... 2 Albacete, world headquarters of cutlery, expects 6,000... 3 Asaja to Toulon: «You are the only one who shows... 4 Arrested the alleged perpetrator of a stubble burning... 5 These are the cheapest hours of light this Saturday 6 They say: Salvadoran women are being held under an... 7 Prosecutors want to make sure that survivors of the... 8 The PSOE storms out to take over the pre-agreement... 9 Concern and controversy arose from the search for... 10 Amazon disappearance family: "He is innocent"... 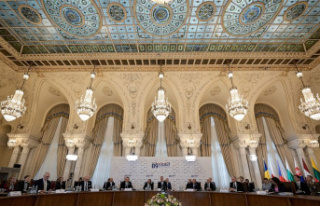