The use of the bicycle is a growing trend in European society, which, in view of the benefits it brings to health and the environment, is increasingly committed to this type of transport. 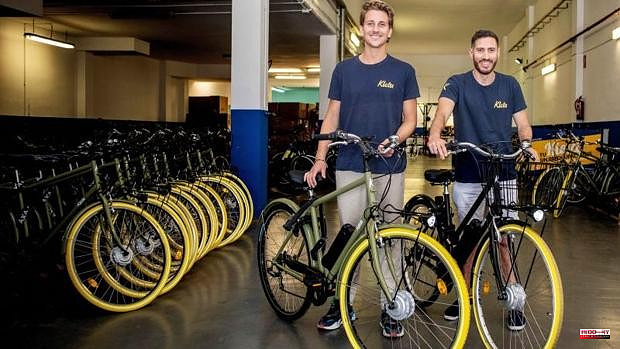 The use of the bicycle is a growing trend in European society, which, in view of the benefits it brings to health and the environment, is increasingly committed to this type of transport. Cities like Amsterdam or Copenhagen have led all the rankings for years, and now Spanish cities are trying to adhere to this trend. Nevertheless; theft, the price, or the difficulty of putting it in the elevator, are some of the factors that can stop the use of this vehicle.

Taking advantage of the fact that World Bicycle Day is celebrated on June 3, the new headquarters of Kleta was inaugurated this Friday, a bike rental company that aims to revolutionize the mobility market and already has a fleet of more than 1,500 vehicles

distributed between Barcelona, ​​Valencia and Seville. Metaphorically, the headquarters is located in a 700-square-meter warehouse that was formerly a car repair shop.

Kleta is a company that offers a monthly bike subscription service, which allows you to enjoy one as if it were your own, a kind of 'leasing' for two wheels. Kleta also solves any mechanical or theft problem, since the subscription includes a maintenance guarantee with on-the-spot technical assistance, anti-theft insurance, and an intelligent security system with which the bicycle can be parked outside the home overnight.

In addition, in the event of a breakdown or puncture, the company's technical service is in charge of solving it at the time. The 'startup' has an application for mobile phones in which the client can report the incident, leave the bike parked and completely ignore it.

Regarding the alleged competition with Bicing (public bicycles), or other types of rental companies for these vehicles, the founder and CEO of the company, Falk Siegel, explains that they do not compete in the traditional bike market, « where the user occasionally needs one and pays a certain amount", he states that his target audience is those people who go to work by car or motorcycle, and want to make the transition towards "sustainable mobility".

"It is not only an ecological issue," he explained to this newspaper, "you would be surprised by the number of stories that have come to us from Barcelonans who have rediscovered their city thanks to the bicycle." In this sense, he has explained that when you travel by subway, you only travel "from point A to point B", but that in no case generates an emotional bond with the city. "The bicycle is the best means of transport to get lost in the city," he agreed.

Kleta was born in Barcelona in 2020, with two stores located in the Gracia neighborhood and in El Clot. After the success achieved in the Catalan capital, it decided to expand throughout the national territory and opened two other stores, one in Valencia and the other in Seville. Since its inception, the company has already brought together 1,500 users who have exchanged the polluting car or the burden of public transport for the pleasant breeze of the bicycle.

In Barcelona, ​​where four out of ten Kleta users are 'subscribed' to the electric bike, the company plans to double the number of subscribers by the end of 2022. When asked if Kleta plans to reach Madrid, Siegel explained that he does not believe that the Spanish capital still has the necessary road infrastructure for a bicycle rental service to be profitable. "Anyway, cities change very quickly," he said, implying that, of course, they do not close their doors to Madrid. "A few years ago it would have been impossible in Barcelona, ​​and look now," he said.

1 How much money does the winner of Roland Garros 2022... 2 Why is the Roland Garros trophy called the 'Musketeers... 3 The Tour of Mallorca A3 begins 4 When does the Shein 'pop up' store in Madrid... 5 Silvia's family, in a coma after a cosmetic operation:... 6 Round trip ocean races for the IMOCA and Ultim 32/23 7 Nadal: "I'd rather lose the final for a... 8 The J Class will star in the Super Yacht Cup that... 9 Luky Serrano: "There are no judges and officials... 10 Paco Tous and Luis Zahera star in the shocking short... 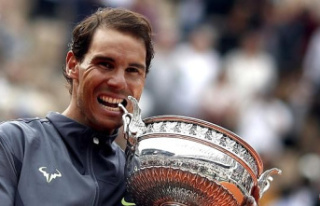 How much money does the winner of Roland Garros 2022...