Kiss us to the Virgen de los Desamparados in Valencia: when is it and where is it celebrated

Valencia will live again next Wednesday, May 18, the traditional and massive public Besamanos before the image of the Virgin of the Forsaken in the Basilica, which will be held without capacity restrictions or measures against the pandemic, something that has not happened since 2019 . 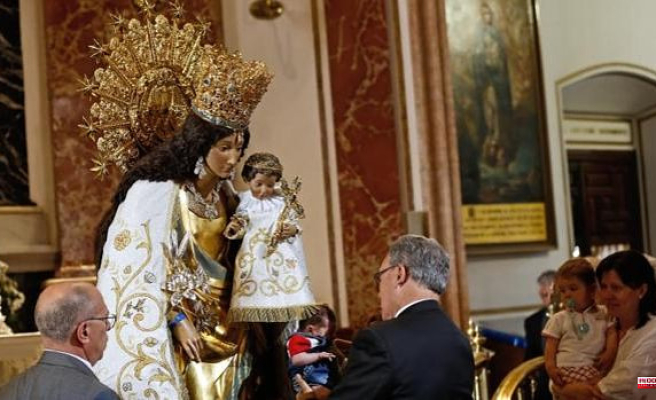 Valencia will live again next Wednesday, May 18, the traditional and massive public Besamanos before the image of the Virgin of the Forsaken in the Basilica, which will be held without capacity restrictions or measures against the pandemic, something that has not happened since 2019 .

The Basilica of Valencia will open its doors at 7:00 a.m. and will close them, as always, "when the last person in the queue passes to kiss hands, which, again, will consist of bowing before the pilgrim image of the Virgin of Los Desamparados, which cannot be kissed, "they specify. Likewise, the Archdiocese emphasizes that "her devotion and fervor for her patron saint we must always accompany her with prudence, especially in these massive acts."

To order the passage of the faithful, the City Council will install zig zag fences outside the Basilica and an ambulance service will be enabled, in addition to the collaboration of the Red Cross in case of health care and the Local Police.

On that day, the 10:30 a.m. mass, which is broadcast daily by La Ocho Mediterráneo, will not be celebrated, and instead a meditated rosary will be held while the faithful pass in front of the image. On her part, the original image of the Virgen de los Desamparados that presides over the main altar will be turned towards her dressing room, where ordinary worship will take place throughout the day.

On the other hand, the Archdiocese of Valencia, within the framework of the Jubilee Year of the Centenary of the Canonical Coronation of the Virgen de los Desamparados, invites all Valencians and devotees of the Mare de Déu to collaborate with the “Crown of Charity”, central initiative of this Holy Marian Year that aims to collect donations for the social work promoted by the Basilica aimed at the MAIDES Foundation, Villa Teresita and the Valencian association Provida, among other projects.

From the Basilica they explain that now, "a century later, we have the opportunity, on the occasion of this Centenary that will be celebrated in May 2023, to demonstrate our devotion to the patron saint of Valencia by giving her a Crown that, this time, will not be gold and jewels, like the one from 1923, but we will make it, together, thanks to the charity of people who want to make a donation for solidarity projects ».

The "Crown of Charity" will serve to support the projects of the social work carried out by the Basilica, which will distribute the donations received among the different initiatives according to the needs of each moment.

The social work of the Basilica supports the work of the Fundación Mare de Déu dels Innocents i Desamparats (MAIDES), Villa Teresita and the Valencian association Provida, and attends to other charitable works of its own, aimed at people without resources (Pan de San Antonio ) and aid to missionaries (soup kitchen in El Congo), among other projects.

1 The Valencia Metro, free on Sunday, May 15 2 New Line 10 of the Valencia Metro: this is the track... 3 At Eurovision, Ukraine hopes for victory... by singing 4 China wants to wipe out COVID with big shots of disinfectant 5 Ayuso and Mañueco sponsor Rueda in the 'club'... 6 The Drummond Forest, an unexpected natural site 7 Send Ducati, suffer Honda 8 A 9th album for Candied Turnip 9 “Les Intranquilles” by Damien Bonnard: on edge 10 Discover the three finalists of the 26th edition of... 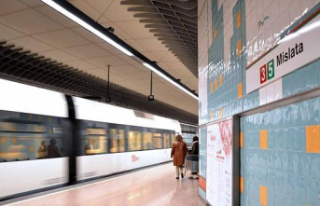 The Valencia Metro, free on Sunday, May 15