The former King of Spain Juan Carlos I, who went into exile in August 2020 in the United Arab Emirates on suspicion of embezzlement, will return to his country for the first time on Thursday for a brief visit, the royal palace announced on Wednesday. 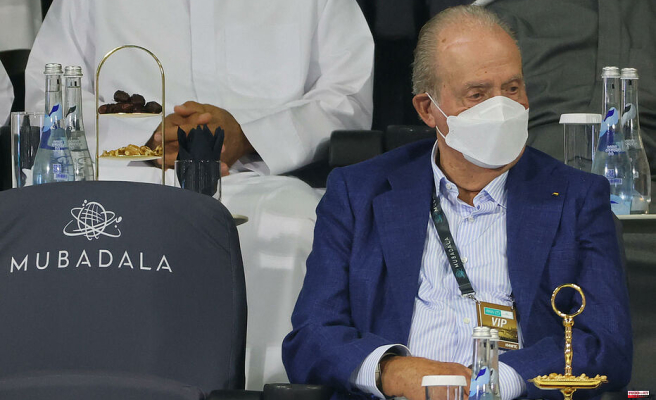 The former King of Spain Juan Carlos I, who went into exile in August 2020 in the United Arab Emirates on suspicion of embezzlement, will return to his country for the first time on Thursday for a brief visit, the royal palace announced on Wednesday. . The former monarch has communicated "his decision to travel to Spain from tomorrow until Monday May 23", said the palace in a press release, while the investigations targeting him in Spain were dismissed in March.

Juan Carlos will first travel to Sanxenxo, in Galicia (northwest), before traveling to Madrid on Monday to visit his son King Felipe VI, his wife Sofia and other members of his family. . He will leave "the same day" for Abu Dhabi "where he has established his permanent and stable residence", the palace continued.

This visit falls within the framework of the "desire of His Majesty Juan Carlos to travel regularly to Spain in order to visit his family and friends" in a "private" setting, concludes the press release from the palace while the possibility that the former monarch stays in an official palace has drawn criticism in the country.

"Facilitate" to his son Felipe VI "the exercise" of royalty

A central figure in the democratic transition after the death of dictator Franco in 1975, Juan Carlos, who abdicated in 2014 amid scandals, left Spain for Abu Dhabi in August 2020 after increasingly compromising revelations about his train of life and the opaque origins of his fortune.

He then explained that he wanted to "facilitate" his son Felipe VI "the exercise" of his duties in the face of "the public consequences of certain past events in (his) private life". The three investigations targeting him in Spain were finally dismissed in early March, paving the way for his possible return to Spain.

Even before the exile of Juan Carlos, Felipe VI had decided in March 2020 to renounce the inheritance of his father and to withdraw his annual allowance of nearly 200,000 euros.

1 Twenty teams will play in Sanxenxo the third series... 2 New black session on Wall Street, one of the worst... 3 Lightning: the attractions of a champion team 4 CFL: Players in Alberta to join strike Thursday 5 The Cutty Sark Spirit of Adventure returns to Palamós 6 France team: Giroud and Pogba alone absent from a... 7 Athletic creates the first supporters' club in... 8 Inflation: the opposition is getting impatient in... 9 A driver in critical condition after a serious accident... 10 Provincial elections: a battle of environmentalists... 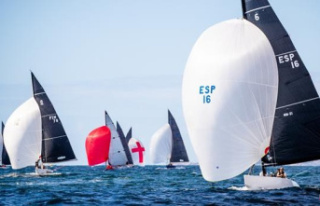 Twenty teams will play in Sanxenxo the third series...