King Felipe VI participated this Wednesday in a meeting with senior Army commanders at the High Availability Land General Headquarters (CGTAD), located at the military base in the Valencian town of Bétera. 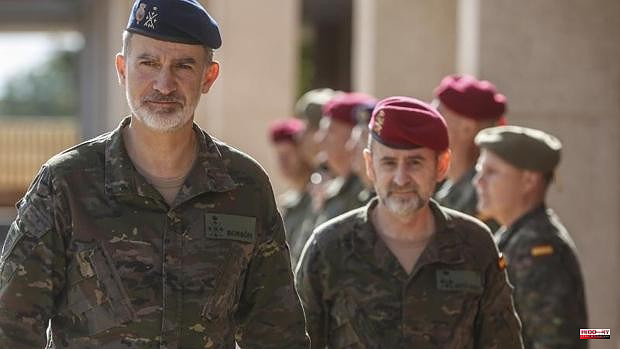 King Felipe VI participated this Wednesday in a meeting with senior Army commanders at the High Availability Land General Headquarters (CGTAD), located at the military base in the Valencian town of Bétera. There he has talked about possible missions and the operation of the first level unit.

After that, the monarch has received the Ordinance Honors and has reviewed a platoon, after receiving a representation of the Information Operations Regiment, displaced to the Valencian municipality from the San Juan de Ribera barracks.

This group, made up of the former Captaincy General of Levante, is prepared to carry out possible missions entrusted by the Government of Spain and by NATO.

It is led by Lieutenant General Fernando García-Vaquero and has allied personnel from the eleven nations that comprise it.

NATO has renamed the Bétera military base as Warfighting Coprs, increasing its weight when facing a possible global armed force, as has happened in recent months with the Russian invasion of Ukraine.

In Bétera there are allied personnel from eleven nations who can direct operations with up to 80,000 soldiers. The first arrived more than twenty years ago, from Pakistan and Afghanistan.

1 Roland-Garros: victorious at the last US Open, Raducanu... 2 The functional plan of the new hospital in Guadalajara... 3 Meat Carnival 2022 in Valencia: complete program per... 4 PSG: Neymar assures that he wants to "stay"... 5 Roland-Garros: "We are not allowed to play with... 6 Farewells and claims in Australia 7 Lambán does not give in with the Winter Olympics... 8 What to do in case of a shooting? 9 “Run, hide, fight”, the advice that students in... 10 The Municipal Police seizes an 'arsenal'... 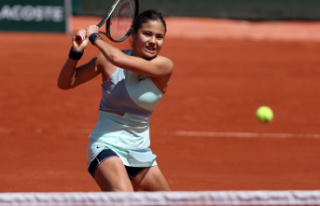 Roland-Garros: victorious at the last US Open, Raducanu...