In the jury ratings, Ukraine is not even in the top three, but then the votes of the television viewers are announced: In the end, the war-torn country even wins relatively clearly. 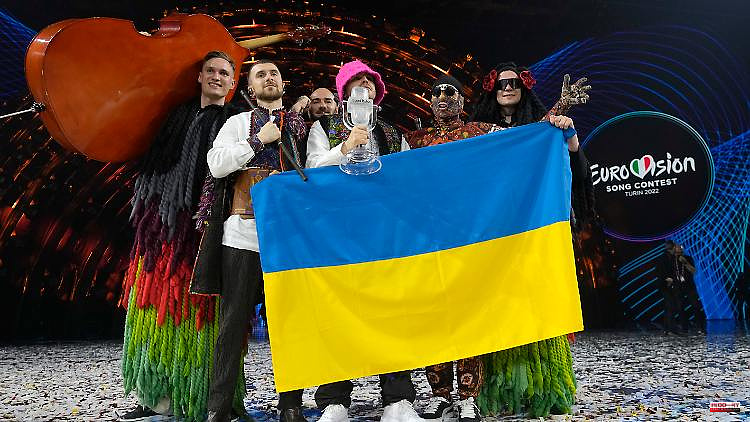 In the jury ratings, Ukraine is not even in the top three, but then the votes of the television viewers are announced: In the end, the war-torn country even wins relatively clearly. Germany lands far behind at the end of the field.

Ukraine won the Eurovision Song Contest 2022. The Kalush Orchestra won with the hip-hop song "Stefania". This fulfilled the expectations of many observers that the television audience would send a sign of solidarity in the midst of the Russian war of aggression. Germany ended up in last place at the singing competition in Turin, Italy, on Sunday night.

The TV viewers were decisive for the victory of the Ukrainians. As always, the public could vote for the winner, but not for their own country. Half of the points come from national expert juries. The judges had chosen songs from other countries at the top. Since the Ukrainians got 12 points from the audience from almost all participating countries - the average was 11.3 - they ended up with 631 points well ahead of the British singer Sam Ryder ("Space Man"), who got 466 points.

Under the impression of the Russian invasion of Ukraine, the ESC was more political this year than it had been for a long time. Russia had been excluded because of the war. At the end of their highly acclaimed performance, the Ukrainian musicians called on the world community for support. Singer Oleh Psjuk said on stage: "I ask all of you: Please help Ukraine, Mariupol, help Azovstal - right now". According to the rules, "texts, speeches and gestures of a political nature" are explicitly forbidden on the ESC stage. However, the organizers expressed understanding. "We understand the strong feelings surrounding Ukraine these days and consider the statements made by the Kalush Orchestra and other artists in support of the Ukrainian people as a humanitarian gesture rather than a political one," said a spokesman for the European Broadcasting Union (EBU).

Artists from 25 countries took part in the more than two-hour show. According to some observers and ESC connoisseurs, this year's line-up of country, pop, techno and rock songs as well as ballads was one of the strongest in recent years with professional performances and strong singing voices. Germany once again ended up at the bottom. The 24-year-old Malik Harris from Bavaria got the last of the 25 places for his song "Rockstars".

Last year, Germany came second to last with Jendrik and "I Don't Feel Hate". The Federal Republic has won the ESC twice so far: in 1982 with Nicole ("A little peace") and in 2010 with Lena ("Satellite").

1 Singer does not give up her wish: Britney Spears loses... 2 "A terribly nice family": The Bundys get... 3 In autumn it should be ready: Barbara Meier is pregnant... 4 Boy or girl ?: Annemarie Eilfeld reveals the gender... 5 "What a magical moment": Fiona Erdmann has... 6 "Police call 110" in the quick check: In... 7 Good chances for Ukraine: Kalush Orchestra is the... 8 Handover of knightly orders: Prince William visits... 9 With girlfriend Nadia Ferreira: Jennifer Lopez'... 10 'Not good at slicing': Netz laughs at Kendall... 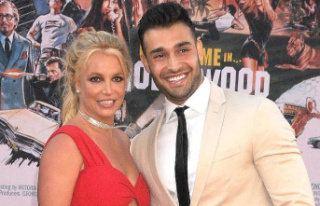 Singer does not give up her wish: Britney Spears loses...