The fourth section of the Contentious-Administrative Chamber of the Superior Court of Justice of the Valencian Community (TSJCV) has dismissed a petition presented by the councilors of Unides Podem/EUPV in the Alicante City Council to provisionally suspend the civic coexistence ordinance of the Consistory considering that the plaintiff's arguments affect the merits of the matter on which the court does not rule at this procedural moment. 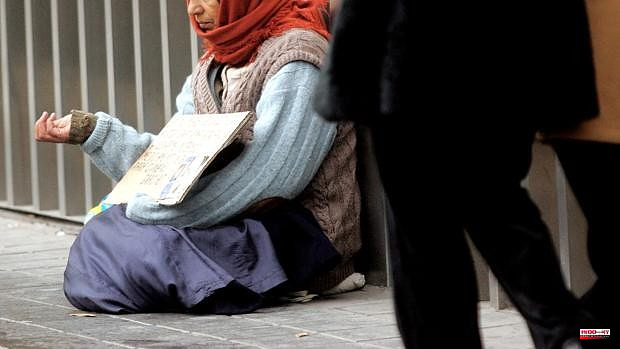 The fourth section of the Contentious-Administrative Chamber of the Superior Court of Justice of the Valencian Community (TSJCV) has dismissed a petition presented by the councilors of Unides Podem/EUPV in the Alicante City Council to provisionally suspend the civic coexistence ordinance of the Consistory considering that the plaintiff's arguments affect the merits of the matter on which the court does not rule at this procedural moment.

For the chamber, which cites the jurisprudence of the Supreme Court, there is no 'periculum in mora' in case the ordinance is applied - that is, it is not verified that there may be irreparable damage to the interests of third parties in case the resolution prospers - Nor is it seen "with all evidence" that there is a full nullity of the appealed provision.

The plaintiffs appealed the civic ordinance, strongly criticized by the opposition in the consistory, which was definitively approved in the plenary session of February 15, for several articles of the regulation and, in addition, they requested the suspension of the validity of articles 22 bis and 26, on the prohibition of sleeping in the street and the criminalization of prostitution.

In relation to the first article whose suspension was requested, the plaintiffs argued that, for the group of homeless people, the total prohibition of sleeping in public spaces "supposes in practice the prohibition of residence in the municipality of Alicante, and that a homeless person cannot carry out a biological function as basic as sleep without risking being penalized for doing so.

Regarding article 26, they argued that they agree that the practices of prostitution should be eradicated, but not that, to achieve such a result, the ordinance should also sanction women who practice prostitution. In both cases, the plaintiffs argued that, if the entry into force of the text is not suspended, sanctioning procedures could begin against homeless people and prostituted women, which "will mean a deepening of the situation of extreme vulnerability in which these collectives”.

In addition, they argued that the ordinance "exceeds" its powers and that the rule will have "hugely burdensome consequences" for those recipients who are homeless, and for those women who practice prostitution on the street.

On the other hand, the City Council counter-argued, stating that it is not a question of penalizing homeless people and that the plaintiffs recognize "public means tending to satisfy, even partially, the needs of homeless people" while, in relation to the prostitution, behaviors are "prohibited when they affect citizen coexistence", for which the ordinance "carries out a weighting of conflicting interests".

The chamber rejects the petition considering that the 'periculum in mora' requirement is not met, since it has not been proven that its application "is going to have a detrimental effect on the interests or rights of such an entity or nature that, in the event If the jurisdictional challenge is successful, the procedural result obtained will be useless to satisfactorily repair the injury caused.

In this case, and in addition to not ruling on issues that it considers to be part of the merits of the case, it adds that the case law "has been especially restrictive when it comes to accessing the suspension when the petition affects general provisions, as is the case here, because there is an undoubted public interest in the immediate application of the norms that compose it».

On the other hand, it points out that in this precautionary phase "there is no patent and manifest nullity as the appellant maintains" and, in relation to the weighting of interests, it points out that the general interest "is represented especially by finding ourselves before ordinance, and its consequences, in any case, may be moderated, requalified and even eliminated if the final judicial decision is contrary to the interests of the Administration.

1 Cabañas de Yepes wants to build a walkable fountain... 2 Andalusian Fair of Valencia 2022: program of events... 3 The PSdeG challenges Alfonso Rueda to show his "principles"... 4 Wheat prices soar after Indian export embargo 5 Ultimatum: Guilbeault must settle the caribou file... 6 Sandstorm in Iraq: at least 4,000 people with respiratory... 7 Golden Knights sack head coach 8 Summary of episodes of Tomorrow belongs to us from... 9 Anil Murthy: "We are negotiating to renew Carlos... 10 Shock wave in the United States after the racist massacre... 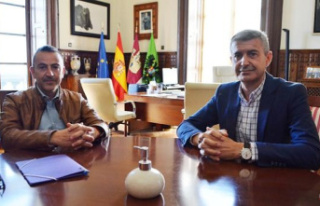