Justice keeps the rapist of Igualada in provisional prison 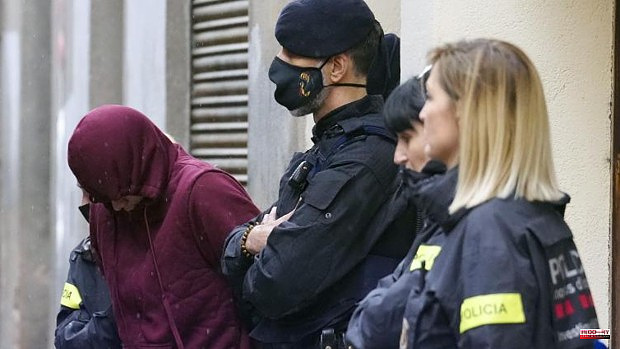 Brian Raymond C.M. He entered provisional prison, communicated and without bail on April 23, accused of attempted murder and the brutal rape of a minor in Igualada, six months earlier. A complex investigation by the Mossos d'Esquadra led to his arrest and, during the search of his home, the agents located a suspect's jacket with the victim's DNA: a garment with 12 blood samples. Among the indications, also images from security cameras in the area of ​​the attack, the Les Comes industrial estate. All this led the head of the Municipal Court of Instruction 4 to decree his admission to prison, but his defense appealed this decision, which has now been endorsed by the Barcelona Court.

The 7th section, in an order dated this Tuesday, has refused to provisionally release the 20-year-old man of Bolivian nationality, considering that his rights to effective legal guardianship have not been violated -as his lawyer argued-, and that "there are rational indications of criminality" for his admission to preventive detention, as defended by both the Prosecutor's Office and the victim's family.

In addition, the court recalls that since the trial court decreed his admission to prison, investigators have located more evidence against Brian Raimundo. Which does not mean, they point out, that those existing to date were not enough to keep him behind bars until the trial is held.

It should be remembered that the man tried to sexually assault his seven-year-old sister in 2014. His mother reported him five years later, and the Girona Juvenile Court imposed, already in 2020, one year of internment for a crime of sexual assault in degree of attempt.

Lacking a record, the same court suspended the sentence -for 48 months- on the condition that the individual, on probation, undergo psychiatric treatment and another detoxification, in addition to complying with a restraining order from the victim.

During her court statement last week, the minor explained that she did not remember anything about the assault. She woke up in the hospital ten days later. "I can't sleep, I have constant headaches, and sudden mood swings," she explained.

The 16-year-old girl underwent five surgeries for the brutal attack. She lost much of her left ear - which she is now gradually recovering thanks to treatment - and also had an ileostomy - an opening in the abdominal wall - to remove part of her small intestine. Her attacker attacked her with an iron bar.

1 Dismantled a sexual exploitation organization after... 2 Massive collapse of part of the viaduct linking Lugo... 3 The Council of Guarantees rules that the Catalan language... 4 Madrid will have 2,000 new affordable rental homes... 5 The PPdeG urges the opposition to overreact to devalue... 6 The Oceanogràfic de Valencia, among the five favorite... 7 The Watchtower of Ciudad Real will be the scene of... 8 Los 40 dance, 'Funambulista' and Dani Fernández,... 9 Special services of the Valencia Metro tram from Wednesday... 10 They arrest a man for the hammering death of another... 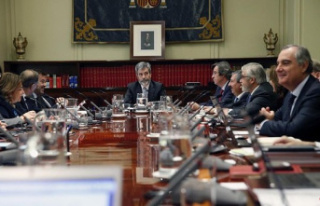 Dismantled a sexual exploitation organization after...