The judicial battle between the PDECat and Junts per Catalunya (JxCat) has been seen for sentencing. 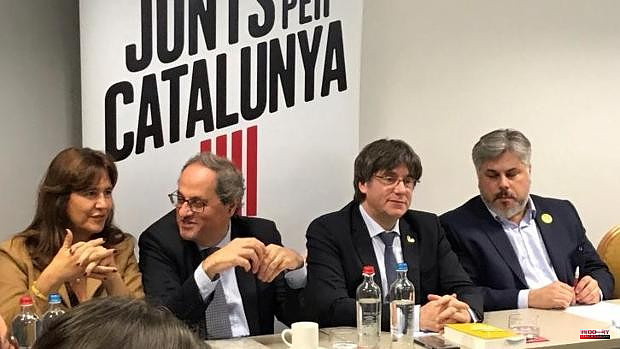 The judicial battle between the PDECat and Junts per Catalunya (JxCat) has been seen for sentencing. This Monday, during the oral hearing, the heirs of Convergència have accused the formation of Carles Puigdemont of trying to "transfer charges", while the former have assured that the lawsuit by the acronym seeks to "block their brand to expel them from the electoral race.

The lawsuit began in the summer of 2020, after the PDECat filed a lawsuit against three members of Junts: Carles Valls, Laia Canet and Montserrat Morante. The reason was to challenge an assembly, held in July, in which Puigdemont's new party was formed, with the acronym used until then by the heirs of the CDC, as an electoral coalition.

In said assembly, Valls was appointed provisional president of Junts, replacing Canet, and Morante, general secretary. This Monday, during their appearance before the Court of First Instance 3 of Barcelona, ​​all of them have detailed how during that act they took possession of their positions electronically -by video call-, without any member formalizing any type of complaint about the procedure.

All three were part of the leadership of the PDECat but, while Valls resigned a few days after assuming the presidency of Junts, Canet combined his affiliation with both formations. "It is possible if the statutes allow it," he justified. Of course, to questions from the lawyer of the neoconvergents, he has avoided answering if he continued to be a militant because of the "link that exists between the projects" of the two parties.

During the final report, the PDECat lawyer has justified that both formations "still coexist in coalitions" and that Junts was a party "with little associative life", so who "made money enter the electoral coalitions" was his client. “As of the June operation [the controversial assembly], some people take control of Junts and turn it into a formation with militants. That would never have happened if the meeting had been held under mandatory rules.

Thus, the lawyer has accused Junts of causing "obvious damage" to the PDECat. «It promotes transfuguismo, with communicating bases from one party to the other. In the political imaginary, they are linked parties », she pointed out.

For his part, the lawyer for Puigdemont's party has stressed that the assembly was held based on the statutory regulations -taking into account the period of the pandemic-, and that no member challenged the agreements within the period established for it -40 days- .

Thus, he has accused the PDECat of committing "fraud of the law" with his demand, all with the aim of "blocking" Junts to "expel him from the electoral race." On the accusation of seizing his political capital, he has indicated: «Let's turn the argument, whose political capital is this coalition? It belongs to everyone."

While the PDECat requests the annulment of the Junts assembly in June 2020, due to "alleged irregularities", Puigdemont's party demands that the lawsuit be dismissed. "They are two different parties, with different trajectories, which in some elections have formed a coalition," Junts' lawyer insisted.

1 Sexual violence against women, a throwing weapon in... 2 They investigate a new group rape of a woman with... 3 Young rental bonus: when can it be requested according... 4 Two sisters from Tarrasa in Pakistan are tortured... 5 The Generalitat Valenciana allocates 50 million euros... 6 Ximo Puig's brother blames the Generalitat before... 7 A kamikaze driver traveled at night in the opposite... 8 A minor stabbed at the door of a store in Vallecas 9 Four of the six cases of monkeypox in the Canary Islands... 10 The fans of Hércules will demand again on Sunday... 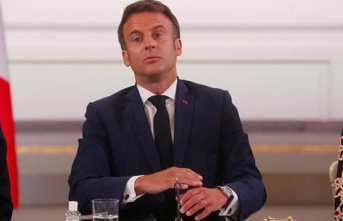 Sexual violence against women, a throwing weapon in...