Junqueras accuses JxCat of seeking conflict with the Catalan language

The fact that they govern together does not prevent them from throwing things at each other's heads. 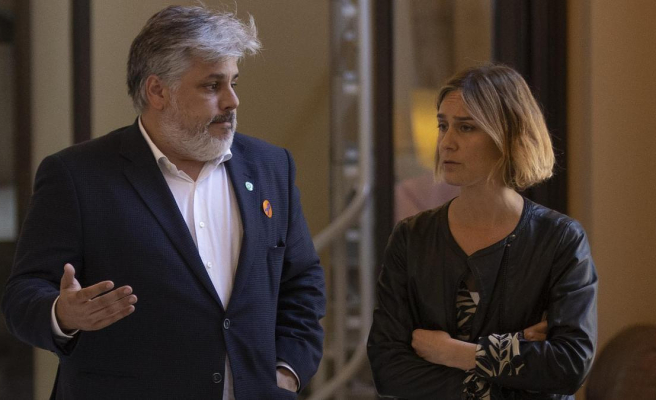 The fact that they govern together does not prevent them from throwing things at each other's heads. The order of the TSJC on Monday that requires before fifteen days to apply a minimum of 25% of classes in Catalan in Catalan schools makes the Government dizzy and at the same time causes ERC and Junts to maintain a bitter dispute that cannot be covered up by Catalangate . This Friday, Oriol Junqueras, president of the Republicans, charged against JxCat to get out of the agreement that the two parties signed in March together with the PSC and the commons to reform the Language Policy Law and accused them of making noise with Catalan for interests partisans. Thus, he complained that the formation of Carles Puigdemont "decides to go back on what they have signed" because "it believes that conflict is convenient for them".

The leader of the Left expressed this in the framework of the Forum Europa Tribuna Catalunya, in Barcelona. Now, his party is waiting to hear about the new initiative that Junts spokesman Josep Rius said on Thursday would reach the ERC and the government. As La Vanguardia has learned, JxCat has drawn up a proposal for a decree proposing a series of measures to strengthen Catalan and avoid a 25% judicial decision in Spanish. It would be a decree apart from the one that the Minister of Education, Josep Gonzàlez-Cambray, has been drafting for months.

The Government, formed by ERC and Junts, is the only one that has the power to approve decrees. Sources familiar with the proposal point out that it is limited to a wording that contains "what". If later this proposal has to be by way of urgency – depending on whether it is a decree law or not – it would be a decision that falls on the Catalan Executive. Contents are fixed; Then, let the Government decide. But the coexistence with another decree, that of Cambray, could not be seen with good eyes, in the Government.

In any case, Junqueras accuses Junts of seeking "conflict", but at the same time calls for "recovering consensus". ERC wants to exhaust all the ways for Junts to rejoin the modification of the Language Policy Law and for everything to take place through parliament, hand in hand with the PSC and the commons. If an agreement is not reached, the Republicans value approving it in Parliament with these two other formations.

In the dispute against Junts, Esquerra is accompanied by the socialists and En Comú Podem. Consulted by this newspaper, JxCat assures that they proposed to present a proposal to reform the Celaá law and that the Socialists vetoed it; The PSC affirms that “Junts never raised it”. ERC says so too.

Likewise, there are contradictions in the amendments to the reform of the Language Policy Law that Rius assured that they had presented and that again, according to what he said, the other three groups had not accepted. Once again, the Socialists claim that they did not know about them until they were made public a few days ago. "They have not sent us any proposal since they froze the agreement in March," they stress.

1 The judge confirms that the link of the Madrid City... 2 Feijóo asks the Vox voter to “return” to the... 3 Feijóo asks Sánchez if espionage "has to do"... 4 Junqueras regrets that Junts has withdrawn from the... 5 Olona is registered in the home of the president of... 6 Feijóo delays the renewal of the Judiciary until... 7 Cuba: authorities recognize major drug shortages 8 The PP comes to the rescue of the Government to process... 9 JxCat gets out of the pact for the Catalan and tightens... 10 The hit of the Madrid City Council: a network of social,... 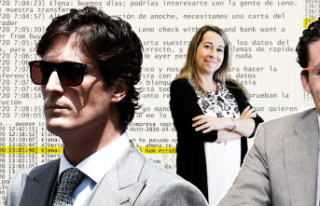 The judge confirms that the link of the Madrid City...