French actress Juliette Binoche is the star of the poster for the 70th edition of the San Sebastián Film Festival and will also receive a Donostia Award during the contest that will be held between September 16 and 24 and which aims to return to normality after two years of restrictions due to the pandemic. 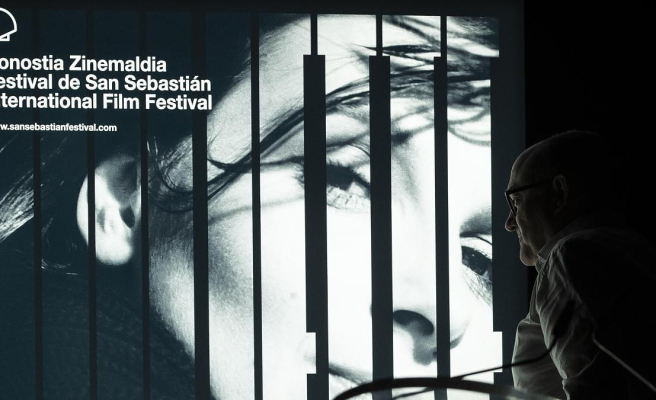 French actress Juliette Binoche is the star of the poster for the 70th edition of the San Sebastián Film Festival and will also receive a Donostia Award during the contest that will be held between September 16 and 24 and which aims to return to normality after two years of restrictions due to the pandemic.

The director of the Festival, José Luis Rebordinos, has revealed this Friday the details of the next edition at a press conference in San Sebastián in which he has announced the posters of the different sections of this "round" edition.

Binoche, one of the most international European performers, will visit the city for the fourth time to receive the Donostia Award in recognition of a long career in which she has played nearly 75 characters, from powerful heroines to fragile beings, including historical figures, dramatic roles and comic roles.

The French actress will collect the award at a gala that will take place at the Kursaal, which will include the screening of "Avec amour et acharnement" (Fire, 2022), a film with which Claire Denis won the Silver Bear for best direction at the last Bernilane and that counts in its cast with Vincent Lindon, Grégoire Colin and Binoche herself.

Winner of an Oscar for "The English Patient" (1996) and nominated again in 2000 for "Chocolat", Binoche also stars in the official poster for the 70th edition of Zinemaldia, produced by the San Sebastian agency Dimensión from a portrait of the photographer Brigitte Lacombe.

Born in Paris in 1964, Juliette Bincohe has alternated since the beginning of her career titles shot in French with many others made in English and has managed to win the award for best female performance at the Venice festivals ("Blue", 1994), Cannes ("Certified Copy", 2010) and Berlin ("The English Patient", 1996).

Precisely, the unforgettable nurse character that she embodied in this last film definitively catapulted her to world fame and also earned her the Oscar for best supporting actress.

Juliette Binoche has combined roles in big action blockbusters such as "Godzilla" or "Ghost in the Shell" with works for authors of the stature of David Cronenberg ("Cosmópolis", 2012) or Isabel Coixet ("No one wants the night", 2015 ).

The French actress, artist and dancer thus becomes the image of a Zinemaldia edition that is expected to be special both for its round number and for being the first to leave behind all the restrictions set by the pandemic.

Rebordinos has already announced that this year there will be four or five Donostia Awards, spaces such as the San Telmo Museum will be recovered for the industry and the Velodrome's giant screen, in addition to the parties, such as the opening and closing festivities, to which the activity 70th birthday special.

The director of the contest has assured that this edition is being held in a "convulsive" context since just now, when the pandemic seemed to be "almost definitively" over, the invasion of Ukraine by Russia "has brought death and destruction to old Europe".

Rebordinos has vindicated the role of the Zinemaldia as "a space for debate and a meeting place for different ways of understanding cinema and life".

"In these times of political correctness and almost unique thought, we claim more than ever the role of culture to generate debate and create spaces of freedom in which all speech can be pronounced with a single condition: respect for those who think differently" , has concluded Rebordinos.

The collection of posters from the different sections that make up the San Sebastian Festival aims to be a tribute to the gaze and, above all, to all ways of looking at life and cinema. 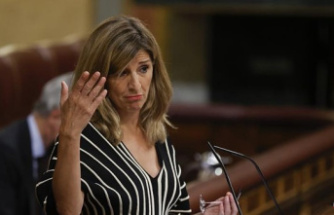 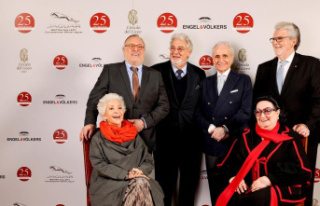