Juanfran: "I trust Simeone and hopefully the club also trusts him"

"There will be clubs that only care about winning, but we atletico are always proud of the team". 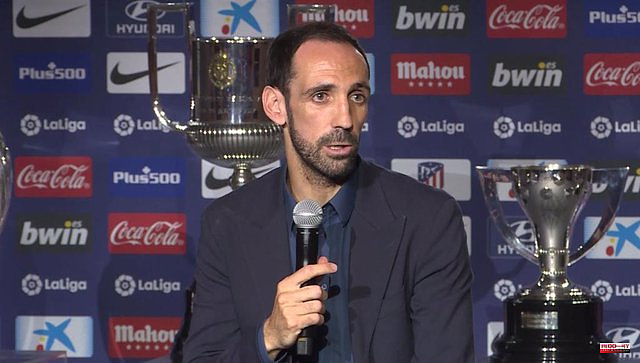 "There will be clubs that only care about winning, but we atletico are always proud of the team"

Former Atlético de Madrid soccer player Juanfran Torres recalled that Diego Pablo Simeone has been "criticized" since his arrival at the club and that he has overcome all difficulties, so he hopes that he can "continue for many more years" as the team's coach .

"The coach has been criticized after a few years of being at Atlético de Madrid. I remember at the Calderón, they whistled at him in some change, as they have whistled me and everyone else. Hopefully the coach can continue with us for many more years We have a great squad, a great coach, a wonderful stadium, and hopefully we can all go together in the same direction, because when things haven't gone well and we've all gone in the same direction they have improved. the club also trusts him, and the fans too", he declared after the Mahou All-Star Game held at the Wanda Metropolitano.

Regarding the team's season, the former Atletico defender recalled that after the elimination of the 'Champions' against Manchester City they had "some somewhat irregular games", something he considers "normal". "We were close to being able to draw and come back from the tie, but we are in the 'Champions' for another year. The team comes from being champion last year, the people are happy with everyone's work, we are with them from the outside. facing next year and fighting for the titles, that this Atlético de Madrid always has to fight for everyone", he pointed out.

"Getting into the 'Champions' is very important, because it gives you the stability that the club needs at all levels. After so many years, we've set the bar so high that it's normal for Atlético de Madrid to be required to be among the best or win a title per season. That's not easy at all, and it seems that when you don't win a title it hasn't been a good season. For me, getting into 'Champions' is something very important. I want, like all athletes, to get out champion every year; last year we achieved it and this year it could not be. Next year we will return to the fray", he continued.

In this sense, he assured that "sometimes winning is not the most important thing". "Our people, for many years, have been proud, regardless of whether we win titles or not, of the team's work and the growth of the club. There will be clubs that only care about winning, but we have known how to win after defeats It's normal that they want us to win titles, but I'm left with the feeling that the team is always showing its face. The Atlético de Madrid fan is proud of the team. We can't control the criticism. I'm athletic and I'll support the team whether things go well or they go badly, that is one of our essences and it does not have to change," he said.

He also valued the departure of footballers like Luis Suárez, and recalled that "the players pass and the club stays". "There are players like Gabi, Godín, Raúl García... who have given a lot to this club and it is very difficult to compensate for their absence. What people want most is to see players who give their lives for this shield. I hope that those who keep giving your all next year, and if you do, the Atlético de Madrid fans will be very happy. Absences? It's life. We still have Koke left. What I want most is for us to make good teams and for the people be proud of your teams," she said.

In another order of things, he downplayed the controversy unleashed by confessing that he took the fifth penalty in the final of the 2016 Champions League against Real Madrid, which later failed, because Yannick Carrasco did not look confident. "I know that it creates a bit of confusion for Yannick, then I spoke with him. I consider him to be part of my family, we played many years together, and these are situations that happen. I have no problem with Yannick, and neither does he with me, we are fine And that's what's important," he said.

Lastly, Juanfran spoke about his new facet as an investor and director of CF Intercity. "Yesterday we went up to the First RFEF. It is a very nice project in my land, in Alicante. Hopefully we can come one day in the future to play in the Wanda. We have to go little by little with humility and with work. Everything I have done in my life it has been with humility, with work and from below", he concluded.

1 Agropur tastes the pressures of inflation 2 Moscow announces evacuation of wounded soldiers from... 3 A four-year-old girl dies in Vigo when the iron of... 4 The Provincial Council organizes 17 "emblematic"... 5 The first 'Tren de los Molinos' has a successful... 6 More than one in nine COVID patients admitted to hospital... 7 Ottawa High School: Anger over 'humiliating'... 8 PSG dissociates itself from Gueye who refused to play... 9 Footballer Jake Daniels becomes the first British... 10 Barrier-free tolls between Paris and Normandy at the... 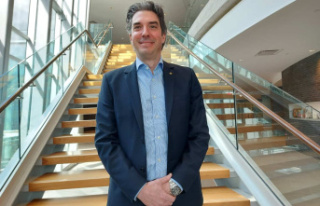 Agropur tastes the pressures of inflation