Juan Espino faces a new stage at Sandford MMA: «I would like to fight in September or October»

If Juan Espino's sports career came to an end today, he could only be classified as a national legend. 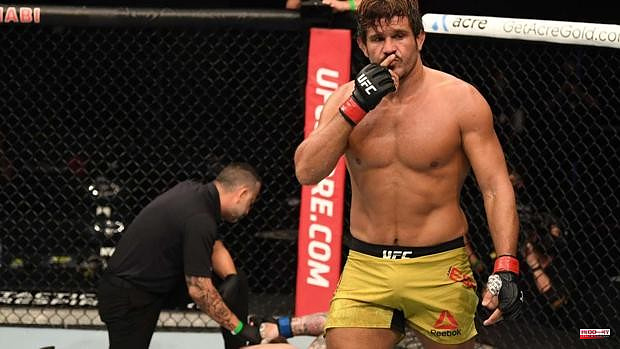 If Juan Espino's sports career came to an end today, he could only be classified as a national legend. The truth is that the successes in so many fighting modalities, and even in mixed martial arts (MMA), since he is still a UFC fighter, have unfortunately been accompanied by injuries. The last one was the elbows and he has been in the dry dock for several months. But, at 41 years old, Juan Espino is back. And he wants to fight at the end of the summer.

He underwent surgery two months ago and the progression is being successful. “I have recovered, I have improved, but I still have a little way to go,” she says in conversation with ABC. "Going to the supermarket and picking up a bag used to bother me and now I can do it, for me that's wonderful," she adds.

He is already moving chips, although confidentiality with the UFC does not allow him to expand much: «There are interesting things in Europe in September and October, they are the dates that I am seeing. Obviously the date of September calls me a lot. For me, I would like to be able to fight again on my birthday (October 9), but September is interesting. To return I want to do well, we will have to see ».

Espino is referring to the event that will take place on Saturday, September 3 in Paris, which will mark the landing of the biggest MMA league in France, ever closer to our country. «I always look for fighters who have a name and who make me go up in the division. A fight with Derrick Lewis would be a dream fight, because I think I have a very good chance of submitting him and it would help me a lot to go up. Against Augusto Sakai it would be good too, "says the Gran Canaria.

In any case, Espino is already thinking about the next steps to return to competition. Following the controversial loss to Alexandr Romanov, he will be seeking his third official win in the UFC (he won two other TUF-listed exhibition bouts). «My idea is to start in the Canary Islands, at the Taz Jinámar, I will bring a fighter from abroad who can collaborate with my training, and then make the leap to the United States. I have been in the American Top Team, but after recent events I have looked for alternatives because I want a little more exclusivity and I have changed to Sandford MMA ». There he will share the tatami with Kamaru Usman, Luke Rockhold, Gilbert Burns... Names that invite you to think of great things.

1 Real Madrid: Modric is about to extend and does not... 2 Donald Trump suffers a setback in the last primaries... 3 Warriors coach explodes after Texas shooting: "When... 4 Cycling: Alaphilippe finally in time for the Tour... 5 Carrefour recalls dried sausages contaminated with... 6 Rita Moreno, de West Side Story à Fast and Furious... 7 Le journal du mercato: Tchouameni one step away from... 8 Power Electronics develops the largest self-consumption... 9 The nursing homes of Castilla-La Mancha align with... 10 Doncic's Mavs are still alive 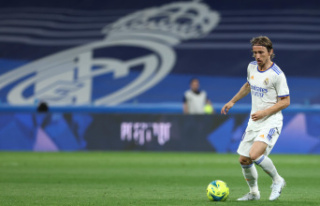 Real Madrid: Modric is about to extend and does not...