The emeritus will stay with his friend Pedro Campos with a "homemade" weekend plan, but he could participate in the regattas if "he is encouraged". 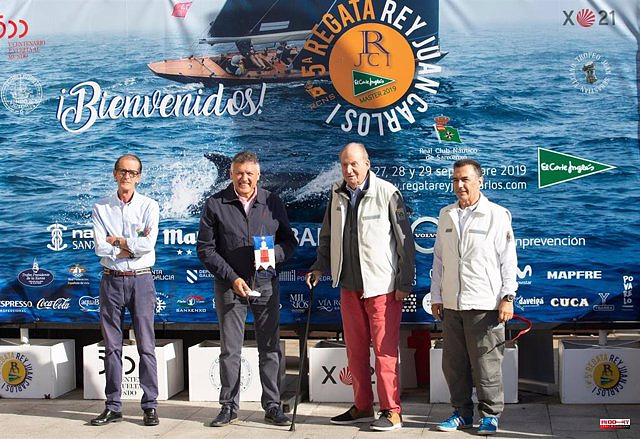 The emeritus will stay with his friend Pedro Campos with a "homemade" weekend plan, but he could participate in the regattas if "he is encouraged"

Juan Carlos I plans to land this Thursday afternoon at the Peinador Airport, in Vigo, and make his first public appearance around noon this Friday when he attends a welcome ceremony at the Sanxenxo Yacht Club, where he They will receive their friends and the mayor of the municipality of Pontevedra, Telmo Martín.

On Wednesday, Zarzuela issued a statement confirming that the king emeritus will arrive in Spain this Thursday to spend the weekend in Sanxenxo, on his first trip since he settled in August 2020 in the United Arab Emirates. On Monday, he will meet with Felipe VI in Madrid.

As Pedro Campos, a friend of Don Juan Carlos and president of the Sanxenxo Yacht Club, tells Europa Press, his friends anticipate his arrival in Vigo this Thursday afternoon.

Once landed, the emeritus --accompanied by his daughter the Infanta Elena-- will stay the whole weekend in a house that Campos has in the Nanín area, in Sanxenxo, where he has already spent the night "many times". The plan for the weekend will be mainly "homemade", as his friend transfers, although it will also depend on what he wants to do.

At the club they expect it to be on Friday when, according to what different sources in the municipality and its surroundings point out to Europa Press, Juan Carlos I will attend an event organized by the club on the occasion of his arrival and for the start of the Spanish Sailing Cup of 6 Meters, modality in which the 'Bribón' competes.

The registration of participants will be this Friday from 10:00 to 12:00 noon, while the meeting of the skippers of the regatta boats will be around 11:30. However, in Sanxenxo they foresee that the emeritus will go to the club's facilities and be seen around 12:00 noon. The first test of the competition will begin around 3:00 p.m.

The 'Bribón' and the dock are already "ready" in case Don Juan Carlos "heartens" to captain it again, but the president of the Sanxenxo Yacht Club recalls that the emeritus has not sailed for "almost three years". Thus, although he intends to return to sailing, it is a decision "he will have to make" depending on what he feels like doing over the weekend.

Campos explained that this decision will also be influenced by "the weather" in the Pontevedra estuary over the weekend, although in principle it seems favorable for the practice of this sport.

The security device for the arrival of the king emeritus will be coordinated by the Pontevedra Civil Guard, with the participation of the Local Police and even private security agents, to shield the municipality, the marina and the surroundings of Nanín's home.

Sources from the Benemérita indicate to Europa Press that the deployment will be "easier" than on previous occasions when the former monarch was present in Sanxenxo. Mainly, the Citizen Security Units will have a special role and it is likely that divers and other maritime security personnel will be deployed if Juan Carlos I finally decides to sail.

The one who was monarch for almost four decades will remain in Sanxenxo between this Thursday and Sunday or even Monday morning, the same day that he intends to move to Madrid to be with his son, Felipe VI, Queen Sofía and others members of the family at the Palacio de la Zarzuela before returning that same day to Abu Dhabi, "where he has established his permanent and stable residence".

From Zarzuela they emphasize that the visit of Don Juan Carlos is part of his desire to "frequently travel to Spain to visit family and friends" as well as to "organize his personal life and his place of residence in areas of a private nature" such as transferred to his heir in the letter dated March 5.

His return comes after the telephone conversation held on May 15 with Felipe VI on the occasion of the monarch's trip to Abu Dhabi to convey condolences for the death of the president of the United Arab Emirates.

As Zarzuela reported then, father and son agreed to meet in Madrid when Don Juan Carlos returns to Spain, in what will be their first meeting since the former monarch left for the Gulf country.

1 War in Ukraine: 1,730 Ukrainian fighters from Azovstal... 2 Shortage of baby milk in the United States: Joe Biden... 3 The PSOE recalls that Podemos "fractured"... 4 EDF raises to 18,500 million the negative impact on... 5 Díaz advances "very positive" unemployment... 6 The big industry asks France to pay the gas adjustment,... 7 The Government will approve next Tuesday the new aid... 8 Calviño clings to the recovery of employment to guarantee... 9 The stowage of the Port of Bilbao caresses the agreement... 10 Reshuffle: Laurent Berger calls on Elisabeth Borne... 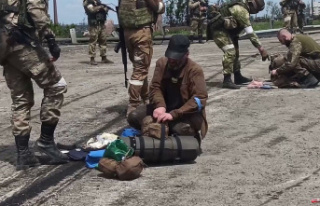