The work After May, before the summer of Jovi Lozano-Seser has been the winner of the XXVII Enric Valor Prize for Novel in Valencian convened by the Diputación de Alicante, an award that is endowed with 20,000 euros. 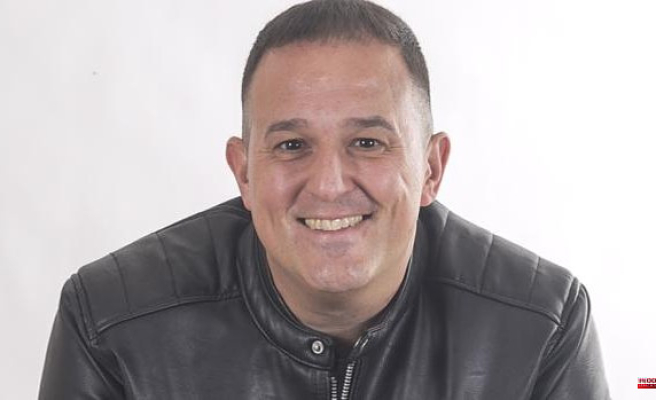 The work After May, before the summer of Jovi Lozano-Seser has been the winner of the XXVII Enric Valor Prize for Novel in Valencian convened by the Diputación de Alicante, an award that is endowed with 20,000 euros. The First Vice President and Deputy for Culture, Julia Parra, congratulated the author and stressed "that this year the jury has selected a writer and journalist from Alicante, a native of Ondara, with a long literary career."

The head of Culture has also pointed out "the long journey and prestige of the contest, which reaches its twenty-seventh edition as one of the recognitions of Valencian authors with the most projection in the Valencian Community".

The award convened by the provincial institution recognizes the work undertaken by Enric Valor i Vives for the normalization of the Valencian Community's own language from his facets as author and researcher.

This discipline earned him significant recognition such as the Valencian Letters awarded by the City of Valencia, the Sanchís Guarner Award, the Cross of Sant Jordi of the Generalitat de Catalunya or the Gold Medal of the Province of Alicante, awarded posthumously by the Diputación de Alicante.

The protagonist of the award-winning work is a nurse who takes refuge in her hometown after losing her husband to Covid. In the words of the author himself, “more than a novel, my work is a spiritual chronicle of the pandemic in the key of vital testimony and overcoming. It is also a tribute to the uniqueness of our peoples and the leading role of women in the Mediterranean oral tradition”.

Born in Ondara in 1979, Lozano-Seser is a journalist, writer and communicator. Although he made his literary debut with the volumes of short stories Sis contes i una novela incerta and Efectes Secundaris, he has also cultivated the novel -Una historia de ficció, Tabarca-, as well as the experimentation of genres in Últimes existències, a work distinguished with the City of Valencia Award 2011.

The exploration of creative languages ​​has also led him to theater as a playwright -F, El llibre de les cares, Premi Evarist Garcia 2017-, to research and essay -D'Ondara a Broadway: L'excepcionalitat de Trini Reyes- and even to film adaptations, with the Chanel No. 5 tape of his story Rossa. The translator -Vila de Lloseta Award 2015-, was his second novel and Pedres who have to be remogudes -Alfons el Magnànim Award 2019- his first foray into black fiction. On the professional side, the man from Ondar has combined cultural management and collaboration with the media as a columnist and broadcaster, and has been a technician and manager of the MACMA (Mancomunitat Cultural de la Marina Alta) between 2008 and 2022.

1 The big party for the Tagus begins in Safont 2 Mazón: «The mascletàs stay in the Plaza de los... 3 The 55th Valladolid Book Fair kicks off, "the... 4 Musk plans to fire 10% of Tesla staff for a "super... 5 Dave Smith, father of 'MIDI' and synthesizer... 6 The Government of Ximo Puig refuses to modify the... 7 Zapatero: "No woman should suffer discrimination... 8 Eight patrons of a boat that arrived in Tenerife with... 9 At least three dead and several injured in a train... 10 Fátima Báñez will join the board of Iberdrola's... 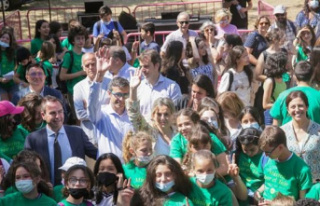 The big party for the Tagus begins in Safont