Journey to the bottom of the 'hole of horror', the most inaccessible mass grave in Spain

The Sima de Jinámar is a volcanic tube that emerged as a result of the eruption of the Bandama volcano, in Gran Canaria. 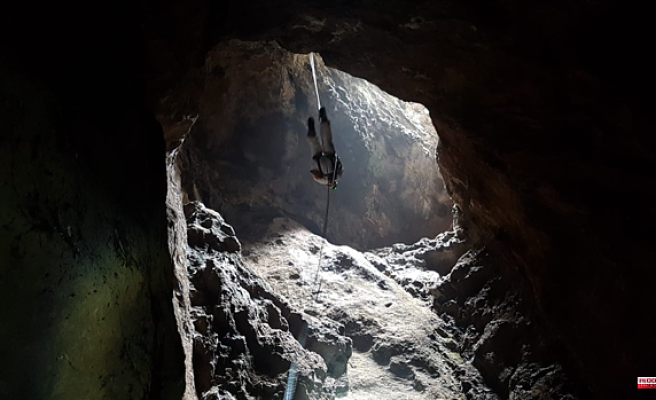 The Sima de Jinámar is a volcanic tube that emerged as a result of the eruption of the Bandama volcano, in Gran Canaria. It is 76 meters deep and at its bottom there is a space of about 40 square meters. In addition to being a natural phenomenon, it is the most difficult mass grave to explore in Spain.

This space was for years the 'hole of horror', a place for the extrajudicial murder and hiding of an undetermined number of people during the repression that followed the coup attempt and the military uprising of July 18, 1936, and which Basically, it targeted trade union leaders and members of popular republican organizations.

According to testimonies from family members, there could be hundreds of bodies dumped at this point in the municipality of Telde. The remains of five people on the surface were recovered years ago, victims of the Civil War who now rest in the Canarian Museum. These bone samples from the Museo Canario were compared with the DNA of five people who were looking for relatives in the forensic genetics laboratory of the ULPGC, although their comparison with the few samples of relatives available did not provide any identification.

The team that has returned to this mass grave has found indications of where the corpses of reprisals from the Franco regime during the Civil War could be, two meters or two and a half meters below the current level of the bottom. From this area they have collected a bone fragment that can help certify that the concentration of human remains is found in the last landslide before reaching the bottom of the chasm.

The elders in the area say that decades ago up to twelve bodies were visible, but landslides, erosion and the garbage that has been thrown into space means that there are no longer any visible signs of them. The last time he went down to the Sima de Jinámar, one of the most complicated mass graves for the recovery of human remains in Spain, he was looking for the little Yéremi Vargas and the adolescent Sara Morales, still missing. The time has come to return.

The Cabildo of Gran Canaria has begun prospecting work in the Sima de Jinámar with the aim of making a first archaeological and heritage assessment of the enclave and determining, among other issues, the presence of human remains that could belong to reprisals and political reprisals, who were executed and thrown to the bottom of this volcanic chimney during the Civil War by the rebel forces.

The purpose of this survey is to carry out an exhaustive tour of the interior of the chasm, to try to delimit the areas in which there is the possibility of human remains, in order to plan future archaeological surveys that allow their recovery. The archaeologist and inspector of the Historical Heritage Service of the Cabildo, Javier Velasco, has indicated that "this is the first time that an intervention has been carried out fundamentally aimed at planning recovery work."

Nine firefighters will also intervene to offer specific prior training to the scientists, who will have to go down into this hole and to do so they must install the necessary elements to support them and guarantee their safety during the intervention. The corporal of the Gran Canaria Emergency Consortium, Ismael Mejías, is part of the team that helps provide technical support, both for work in confined spaces and for rope access to this space. «We have installed the anchor and a double rope, so that the technicians are anchored to two systems, the work one and the safety one, and once they are inside, we will proceed to place the anchor lines they need, to facilitate the positioning safely inside", he detailed.

Once the inspection is completed and the provisional results have been assessed, an archaeological intervention will begin to be designed, which could foreseeably be carried out before the end of this year. The objective is that before the end of 2022, certain information can be obtained in order, with maximum transparency, to give rest to the victims and the memorial associations of Gran Canaria that will study the available data in order to finally be able to put a name and surname on these remains. inaccessible for decades.

Likewise, it has also been planned that before the end of the year the informative signage of the Sima de Jinámar and other spaces of the traumatic memory of the island, such as the Pozo de Tenoya and the Pozo del Llano de las Brujas, will be improved.

The president of the Island Council, Antonio Morales, recalled that this "historic and transcendental" project has been underway since the end of 2020 through the Historical Heritage Service.

"It is a moment of commitment and breaking the silence, and that democratic institutions must do so, to repair the damage caused," he stressed. "This neglect often responds to apathy, cowardice, ideological revenge, but we believe that, hand in hand with historical memory associations, we must stand by the people who suffered the damage caused by the Civil War."

At his side was Pino Sosa, president of the Association of Historical Memory of Arucas. Pino Sosa was finally able, in 2019, to bury her father in Arucas, who disappeared in 1937, was murdered and thrown into the Tenoya well.

The Sima de Jinámar was declared an Asset of Cultural Interest with the category of Historic Site in 1996 and was protected by the maximum figure of protection contemplated by the sectoral legislation on Historic Heritage.

1 An 18-year-old boy stabbed at the La Peraleda fairgrounds 2 Two injured by cuts after a group fight at dawn in... 3 The Bulgarian national team borders on tragedy on... 4 These are the best beaches and coves in Valencia,... 5 Von der Leyen returns to kyiv a few days after the... 6 Le Mans excludes a driver from the 24 Hours for not... 7 Myanmar leader requests Cambodia to reconsider executions... 8 Macron is important because France's parliamentary... 9 Son do Camiño: the most serious operator fell from... 10 Compromís does not see Oltra in danger if she is... 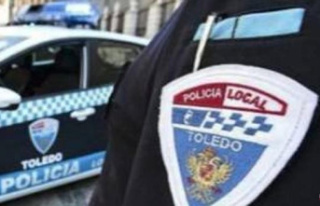 An 18-year-old boy stabbed at the La Peraleda fairgrounds