This Wednesday begins the week of Barcelona Poesia, we speak with Josep Pedrals, who co-directs this festival with Maria Callís. 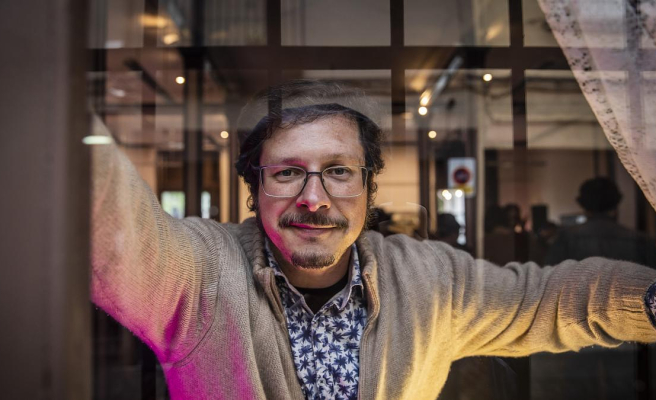 This Wednesday begins the week of Barcelona Poesia, we speak with Josep Pedrals, who co-directs this festival with Maria Callís. Pedrals (Barcelona, ​​1979) has been one of the leading figures in Catalan poetry for years, especially for the virtuosity of his verses and the power of his recitals. He has just published two very particular books, on the one hand a novel in verse aimed at young people, El joc del penjat (Animallibres, with illustrations by David de las Heras), and the short essay in verse Confessió del goliard (ViBop, with illustrations by Pau Badia and epilogue by Esteve Plantada).

Barcelona Poesia definitely returns without restrictions. It's about time, right?

Yes, because although last year was already a bit normal, the capacity restrictions marked a lot, and it is the first year that I have the feeling of organizing a real festival.

In fact, the number of acts is doubled, and there are a lot that coincide at the same time. You can't go to everything, you have to choose and prioritize...

Yes, but we can count on whoever walks by without planning it, and the coincidences of schedules are thought out because the aesthetics are relatively different. It is true that there are many things, but they are well cared for and there is a lot of festival production, such as Serafins, verses by Pitarra with the Ludwig Band at El Molino, or the show based on Dolors Miquel's Mata'm psychosi.

There is also a production with L’Altre Festival...

Yes, it is a long-term project. It is the International Festival of Performing Arts and Mental Health, and with the foundation Els Tres Turons and the CCCB –taking advantage of the exhibition on Tosquelles– a show has been made that explores poetic language, music and cabaret, El club de res de res, with Berta Giraut and the Teatro de Pacotilla.

Apart from the festival, he has just published two books that seem very different but have quite a few connections...

In the end, poetry is useful for everything...

And so, that's grace. Poetry is an open genre, and between prose and verse... Everything that can be done in prose can be done in verse, which is cooler, in general.

Maybe it depends on who does it, right?

And depending on the intention, of course... I've even written a journalistic article in verse. Now, there are also prose like the ones I have written in Els límits del Quim Porta (LaBreu), in which the sentences were almost like verses, with parts that could be read rhythmically. Now I was excited to make a book completely in verse, and two have come out.

The hanging game comes from an editorial proposal ...

Yes, they proposed to me to make a book of love poetry for teenagers. And I thought better a novel about adolescence. It's the least imaginative book I've ever written, it's almost customist, even the Confession is more imaginative. I wanted to do pure and hard realism but in verse, with a lyrical point at the same time. Even a more magical moment that comes at the end is strictly feasible: once walking through Salamanca I found an albino dog in the middle of the road, and the two of us were alone. And we stared at each other for a moment.

It's an initiatory adventure...

Yes, a bildungsroman, they call it, right? It seemed to me that at these ages it was very pertinent. And perhaps what plays less in favor of it being a book for teenagers is the irony with which the narrator looks at it, who maintains a distance. Curiously, there are readers, adults, who have read it as if it were me explaining it from the future.

There are still those who believe that poetry is a reality and that the narrator is the author...

In any case, it is the little adventure of a boy who finishes high school.

Yes, and the intention that it be for teenagers is the way I have treated the text, with a type of verse that does not create any problem for you, there is no difficult lexicon, unlike the Confessió, which is already sought after, there are even some chaotic enumerations, which one day I read is one of the great discoveries of contemporary poetry.

Has having toured the institutes with David Castillo for years to preach poetry helped you understand yourself and see how they receive it?

The sessions that we do in the institutes are very thoughtful ways to seduce them and that they come out at least thinking that poetry is cool. And on top of that some stay with everything you have explained to them, how strong. One thing that I have realized, although it is so obvious, is that adolescents, no matter how many centuries go by, are always adolescents, and they are open people, and with interests, and there is everything. And it fascinates me to find that there are people like me when I was a teenager. I thought that with the book above all I wanted to return to my adolescent, that moment of discovery and of not knowing.

It is such a narrative book that poetry hardly comes out or is mentioned, as if it were entertainment.

It is that a large part of poetry is already metaliterary, and so is my trilogy by Bolló (El furgatori, El romanç d'Anna Tirant and Els límits del Quim Porta, all three in LaBreu), and what I wanted was to do exactly the opposite . It is a novel in verse... with poetic resources, of course, like those of all literature, but the type of metaphors are not very elaborate. The polysemy of penjat (hanged or hanged), for example, between the hangman game, the game of letters, someone who really hangs and someone who hangs on another, or who is a hanged... There are no messages hidden, though.

The protagonist has some friends from the neighborhood and others from high school, and at the same time he begins to work... He makes a small portrait of a small world.

Yeah, when you're little universes are often very far apart, everything in its place, and I liked that they found each other. I really liked that there were real friends and other more temporary ones, and playing with these relationships.

And he talks about suicide, too.

It's just that it's more present than people think. I didn't want to revolve the whole novel around it, but it is important and it seemed pertinent to me, because the great themes of life end up coming out, from the social and work roll, love, drugs, death and life. .

And the little involuntary betrayals.

Yes, and the communication problems between generations, because, for example, with their boss at work they speak such different languages ​​that they disconnect... The mother who doesn't understand anything, the father who lives thinking about work. And this pseudo-idealism of the age that is to think that you will do what you want... what you can, rather.

And you haven't given it an explicit name so that the reader can identify with it?

Oh, I hadn't given it a name, but instead it has a face, because the illustrator David de las Heras has portrayed it on the cover.

Some curious illustrations, because the text is all realistic, but the images are allegorical...

Yes, he took it to heart, and it's beautiful because it lets the book breathe a lot, there's a face on the cover and no human figure inside... It's a book of poetry in which the most abstract are the images, which are figurative! The book itself is far removed from the archetypal book of poetry, there are almost no metaphors or metonyms, it's all very direct.

Even the actions are at ground level...

Yes, he is a normal and ordinary boy to whom things happen that are normal. He's not even the smartest of the bunch! He has the doubt of knowing who he is.

But there is a great vitality, which is what is behind Confession of the goliard ...

The title is the name of a classic poem by the goliards, and that is because I like life thought of that way.

In the midst of reflections that might seem cultist about the Greek gods and language, he vindicates the Bacchic world as a search for balance as well.

Exact. When he was younger he had the strange idea that epicureans were given to pleasure, and no. Pleasure as a point to live, unless you are well. Sure! I am a son of Stoics, everything must be said, and it is also another way of looking at it, looking for the middle point, tempering oneself. My father would have liked this book, I feel bad that he has not read it. He would have understood it well, although there are pieces that he would not have liked. I have idealized it, but it is a good way to save oneself, to face death.

It's swimming and putting away clothes.

Yes, you have to know how to let go, a point of disinhibition is necessary. I remember walking down the street my father and I used to sing, and sometimes someone in the family would tell us that they would look at us and stuff, and I think it was a very nice thing, singing down the street, right, it's not bad at all ? Well, shame out!

1 Love of Lesbian will perform at Poble Espanyol on... 2 Leon Draisaitl: an uncertain case? 3 The escape of the Pussy Riot: 4 Polish journalist Adam Michnik wins the Princess of... 5 World Championship: a sweet date for Canada against... 6 Looters discover an underground temple under a house... 7 Oques Grasses, Rigoberta Bandini, Nil Moliner and... 8 Dalí's Christ of Glasgow, in autumn 2023 9 Esmuc recovers the opera ‘Il filosofo di campagna’... 10 “I needed to give Loquillo a twist” 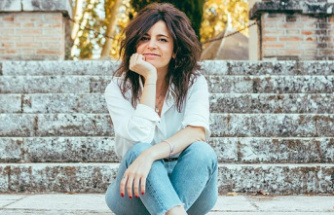 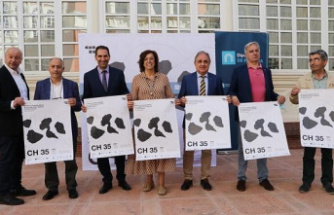 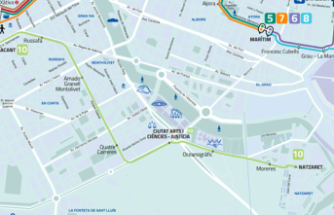 New Line 10 of the Valencia Metro: map with stops, route and transfer points 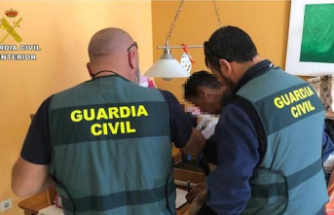 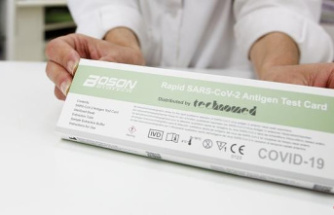 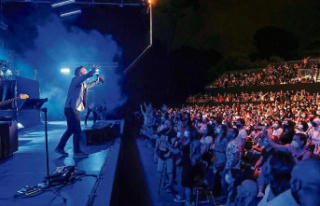 Love of Lesbian will perform at Poble Espanyol on...