José Vicente Morata, re-elected president of the Valencia Chamber with the focus on reaching agreements on infrastructure

José Vicente Morata has been re-elected this Monday as president of the Valencia Chamber of Commerce and has highlighted that he faces a new mandate with an eye on "the need for agreements on the different infrastructures that are priorities" for the economic activity of the Community Valenciana, among which the city's port has stood out. 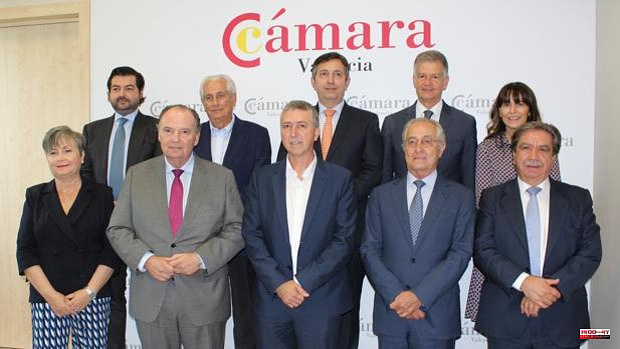 José Vicente Morata has been re-elected this Monday as president of the Valencia Chamber of Commerce and has highlighted that he faces a new mandate with an eye on "the need for agreements on the different infrastructures that are priorities" for the economic activity of the Community Valenciana, among which the city's port has stood out.

Morata has revalidated his position in the constitutive session of the plenary session held this Monday at the institution's headquarters, in a session chaired by the Minister of Sustainable Economy, Rafael Climent.

After constituting the plenary session -which was already elected by vote on May 5-, the new Executive Committee of the Chamber has been voted on, to which a single complete candidacy has been presented equal to that of the previous mandate, which has received the support 100% of the 49 votes cast by the plenary.

In statements to the media, Morata has summarized the four keys that will focus his new mandate against Cámata Valencia: digitization, training, internationalization and sustainability.

Along with these areas, he has highlighted the "need for agreements" for the "different infrastructures that are priorities for economic activity to continue growing", among which he has named the port of Valencia, the expansion of the bypass and the ZAL.

Thus, he has appealed to achieve "a social consensus" among all the parties, organizations and the business community to develop these infrastructures "at a time when the world map is changing, where we are no longer at the center of the world map and Asia is going at a at which, either we take that speed or we will have big problems in the future ».

Along the same lines, during his speech at the act of constitution, he pointed out that Valencian companies are facing changes "that are not circumstantial but structural" and that are added "to a scenario of increased costs, difficulties in certain supplies, and high inflation, the highest in 40 years, and rising financing costs”, but he has been “optimistic”. “Far from lamenting ourselves, what we have to do is continue working to get ahead,” he pointed out.

The president of the Valencia Chamber has shown his "confidence" in the "capacity of companies to fight adversity", but has warned that the Valencian economy must "anticipate" changes and, for this, needs a "greater commitment from all of society»: «Administration, business, social and political agents, and all those who help increase the speed of modernization of our economy».

“We are prepared to achieve it. We have talent, ideas and an entrepreneurial ecosystem; we have universities, professional training centers, technological institutes and science parks. And we have vital infrastructures such as the port and railway corridors, which need the commitment and agreement, calm and calm, of the entire society, to develop their full potential », he insisted.

For his part, the Minister of Sustainable Economy has called for "helping everyone to reactivate the post-pandemic economy" in the framework of the instability of the supply chain, the escalation of energy prices and inflationary pressure, while at the same time called for "serious tackling of the climate crisis".

Climent has given "thanks and congratulations" to the Valencian companies because, over the last few years, they have demonstrated their "great capacity for adaptation" and "effort to maintain activity and employment". In this sense, it has highlighted that a year after the outbreak of the health crisis, in 2021, they achieved a "historic record" for exports thanks to their commitment to internationalization and their commitment to digitization.

The Minister has pointed out that, in the face of the "great challenges" but also "the great opportunities" that are opening up, the "commitment of all" is needed and he has offered "the full collaboration of the Valencian Government".

“We need companies to keep working and boosting the economy. Without them, recovery will not be possible. For this reason, we are aware that we must bet on effective public policies, which through aid and measures support the export industry to grow more solidly, and also implement policies based on institutional cooperation between the Chambers of Commerce and the Conselleria, in order to promote a strategic activity such as internationalization", he pointed out.

1 CF Talavera announces coach, sports director and president 2 Valencia goes from hosting the largest brothel in... 3 The Diputación de Alicante and the NGOs detail the... 4 What role does Russia have in the crisis between Spain... 5 Bitcoin sinks more than 10% after the 'corralito'... 6 The Adlib Ibiza catwalk celebrates its 51st edition... 7 Opera air bridge: the Teatro Real and the Liceo create... 8 North Korea's Kim pushes for inner unity, Kim... 9 Due to knee pain, Pope leaves annual procession 10 Cuenca Now will take the Government's decision... 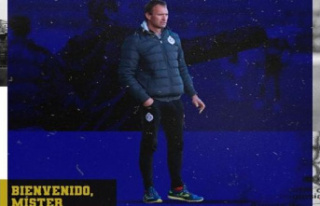