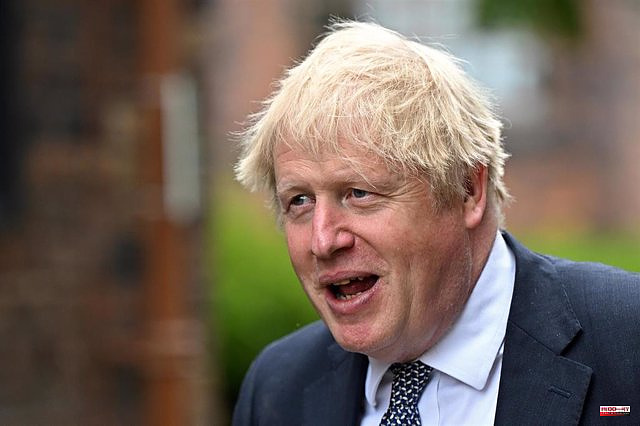 The British Prime Minister, Boris Johnson, has defended this Monday that his intention is not to "discard" the Northern Ireland protocol included in the United Kingdom's exit agreement from the European Union and has stressed that he believes in the possibility of achieve a "sensible agreement" in the talks with Brussels that allows "introducing changes" to its operation.

Johnson, who is visiting Belfast, the Northern Irish capital, has insisted that the United Kingdom "will play its role to guarantee political peace and democracy" but has stressed the importance of the parties "sitting down at the table to restore power sharing".

His visit comes a day after the government announced new legislation that would allow London to set aside parts of the protocol -- much criticized in Brussels -- and could lead to a trade conflict with the bloc.

"The protocol was agreed in good faith. And that is why those who want to scrap it instead of making changes are focusing on the wrong issues," he said in an article published by The Belfast Telegraph.

Thus, he has defended that there are "sensible" points on which "the interests of all parties are protected" and has insisted that "the common objective must be to create" the greatest possible inter-community support for a reformed protocol in 2024 ".

His words are somewhat different from those of the Foreign Minister, Liz Truss, who has shown a more belligerent tone in recent weeks, especially after the Democratic Unionist Party (DUP) confirmed that it will not facilitate the start of the new legislature in the Northern Irish Parliament as a sign of protest against the protocol.

However, he lamented that the "balance created in 1998 has been affected". "A part of the political community in Northern Ireland feels that their aspirations and identity are being threatened while the protocol is being worked on," she said.

"The protocol includes other responsibilities that must also be assumed by all parties, which includes protecting the Good Friday Agreement in all its dimensions", he asserted before stating that "we cannot allow people to believe that there is one more party important than another".

In this sense, he recalled that all parties undertook to "review, adapt and modify the pact over time to protect the UK's internal market" and insisted that he hopes "the EU's position will change" . "If he doesn't, he will have to act," she has said.

"The Government has a responsibility to look after its citizens and Northern Irish businesses to protect them in the long term. We will present more details to Parliament in the coming days once it has talks with local parties," he said.

Said protocol provides for a series of safeguards and controls in the passage of goods from Great Britain to the province to avoid serious distortions in the single market and the customs union, since the Northern Irish remain in this European system despite the divorce with the EU.

1 The general rise in prices fills the coffers of the... 2 China: Tesla recalls more than 100,000 vehicles 3 The Valencia Metro opens its Line 10 on May 17: from... 4 Arrested for threatening his wife and daughter and... 5 Athletic will play Europe on Sunday at 10 p.m. 6 Carnero announces a new Territorial Cohesion Fund... 7 Sentence of 427,000 euros to the Barcelona City Council... 8 "Do you want us to go to your house?": the... 9 The Civil Guard helps a nonagenarian woman inside... 10 Juan Carlos I is considering visiting Spain next weekend 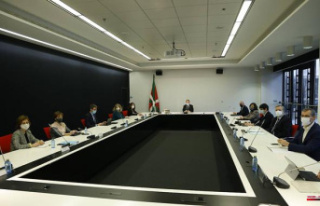 The general rise in prices fills the coffers of the...