Johnson assures that "nothing, and no one" will prevent him from continuing as prime minister

That four out of ten conservative parliamentarians expressed their distrust of Boris Johnson with their vote last Monday, does not seem to have permeated the 'premier', who this Wednesday expressed in the House of Commons that his political career "barely begun" and that "nothing and no one" will prevent him from continuing his work as prime minister. 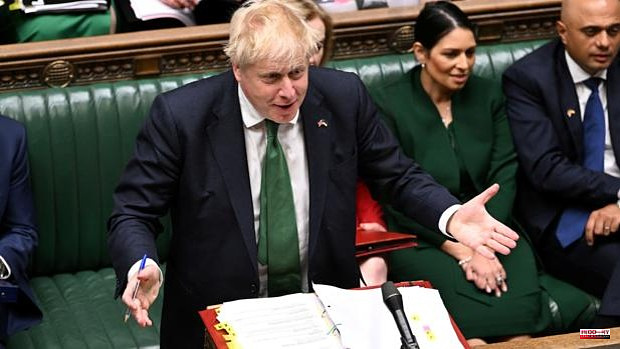 That four out of ten conservative parliamentarians expressed their distrust of Boris Johnson with their vote last Monday, does not seem to have permeated the 'premier', who this Wednesday expressed in the House of Commons that his political career "barely begun" and that "nothing and no one" will prevent him from continuing his work as prime minister.

Johnson, visibly pleased to have survived the internal no-confidence motion he was subjected to just after Queen Elizabeth II's Platinum Jubilee celebrations, responded to Labor's Angela Eagle, who asked him how the country can trust him if 148 of his own deputies do not do so, that he has "opponents" from "everywhere" because "the government has done very important things."

"And what I want her to know is that absolutely nothing and no one, least of all her, will prevent us from continuing to serve the British people," he snapped.

But the other parties insist that the victory was not such. “We have a lame prime minister who presides over a divided party in a disunited kingdom,” said Ian Blackford, the leader of the Scottish nationalists in Westminster, who considered that Johnson “is acting as the black knight of (the film) Monty Python, running off and declaring it's just a flesh wound", but "no amount of deception and denial will save the prime minister from the truth" as "this story won't go away until he goes away". «For once in his life he needs to wake up to reality. Prime Minister, he's done," he told her, before stating that "the Prime Minister has no options left, but Scotland does", as he "has the option of an independent future". "It's not just the Prime Minister that we have zero trust in, it's the broken system at Westminster that puts a man like him in power."

Johnson limited himself to replying to Blackford that "our country is independent", which would be impossible with a government that returned "the United Kingdom to the EU".

A large part of the question session with the prime minister, which is the government control session on Wednesdays, also focused on other issues such as the reform of the national health system or taxes, in a context of increased cost of living and the price of energy that threatens to further suffocate families. And in the midst of this scenario, there is also the Northern Ireland protocol, which is part of the Brexit agreement and which will undoubtedly cause a new dispute within the Tories, since the Executive intends to launch the approval legislation that allows him to unilaterally break the deal. The situation will be further complicated by the opposition of the Northern Irish unionists of the DUP to forming a government with Sinn Féin, winner of the elections on May 5, as a result of their disagreement with the protocol. It should be remembered that the peace agreements signed in 1998 require that power in Stormont, the Northern Ireland parliament, be shared between the two. Some members of the DUP quoted anonymously by the local press assure that their hope is that the crisis will finally lead to new elections that will allow them to obtain a better result than in the previous ones.

1 Taliban detain Afghan fashion model on religious charges... 2 Venezuelan leader arrives in Turkey, where he is barred... 3 Venezuelan leader arrives in Turkey, barred from US... 4 EXPLAINER - Crime and impunity rise in Amazon's... 5 Morante de la Puebla: "ABC is the newspaper that... 6 Albares wants NATO to consider immigration as a 'hybrid... 7 Toledo again achieves the Platinum Broom for "its... 8 The Camino points to the record: more than 100,000... 9 The 'escape room' Treasure of Don Quixote... 10 The PP blames Sánchez for Algeria's decision:... 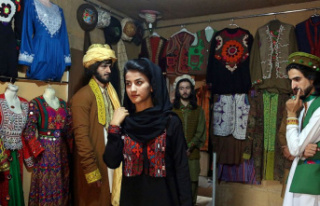