The journalist and writer Jesús Bastante will present his book "Santiago at the end of the world" in Valencia, a historical fiction that for the first time narrates the life of the apostle, next Tuesday, May 24, at 7:00 p. 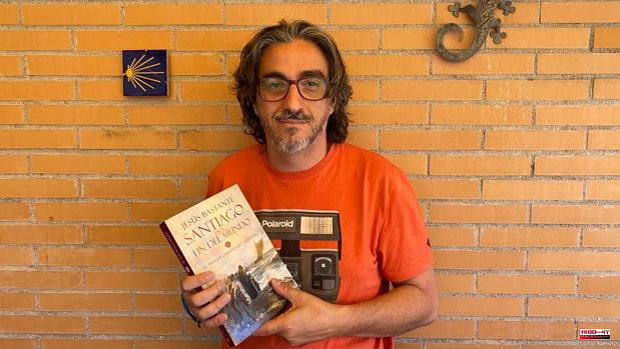 The journalist and writer Jesús Bastante will present his book "Santiago at the end of the world" in Valencia, a historical fiction that for the first time narrates the life of the apostle, next Tuesday, May 24, at 7:00 p.m., in the Salón de Events of the ESIC Valencia Business School (Avda. Blasco Ibáñez, 55), together with Joan-Carles Martí, editor-in-chief of Levante-EMV, and the poet and writer Ximo Albinyana.

Hispania, 1st century. Three foreigners walk, aimlessly, through the peninsula. One of them, who directs them, is none other than James, the son of Zebedee, brother of John and disciple of Jesus. Santiago was the force, the impulse, the overflow of passion. Everyone listened to Pedro, delighted in Juan… but if one had to dare to take a step forward, all eyes turned to the Son of Thunder.

His name already indicated it, unique in the lineage of Jacob. "God protects us," and Santiago had always been willing to wield the sword, to give his skin for his own. He never knew how to say "no" to his teacher. He failed her a thousand times, he fell asleep while he needed to be escorted, at times he dreamed of a position in the future government of the new Israel. He was arrogant, arrogant, excessive... but he never refused anything He asked of him.

"Santiago at the end of the world", a novel of which La Esfera de los Libros has published three editions, Jesús Enough recreates the life and miracles of the apostle; also that of those who guide them and that of their persecutors. Witches, wizards, mercenaries, assassins... even the Virgin Mary. For the first time, the life of the man whose tomb, in Compostela, has configured the greatest pilgrimage in the history of mankind is narrated.

1 Medal of honor from the canning management association... 2 US diplomacy removes ETA from its list of terrorist... 3 Two sisters aged 70 and 79 who were to be evicted... 4 Night of the Museums 2022 in Valencia: free tickets,... 5 Halloween trial: The jury convenes the parties at... 6 The LGTBI collective asks that it not be linked to... 7 The PP barons put Ayuso as a reference: "There... 8 Monkey pox: the shipment of vaccines envisaged in... 9 The National Police notifies in the midst of a wave... 10 Felipe VI clears his Monday agenda to receive his... 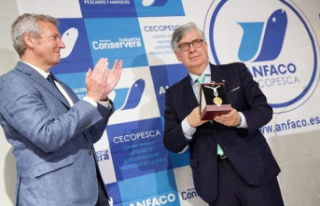 Medal of honor from the canning management association...