Izal, Lori Meyers, Sidonie this Saturday at the Capital Fest in Talavera

Everything is ready for the Capital Fest to be held in Talavera de la Reina on June 11, the "most important spring festival in Spain" of this type of music. 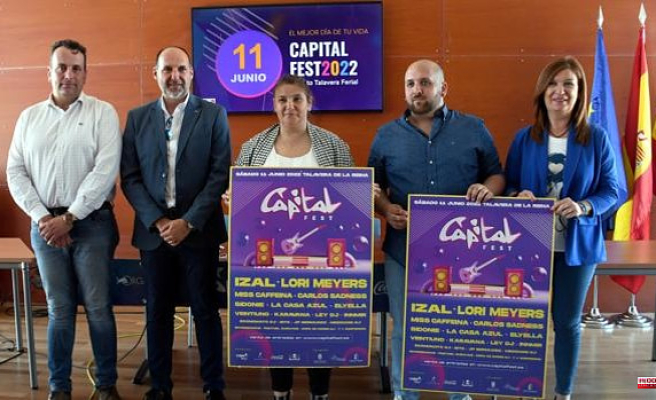 Everything is ready for the Capital Fest to be held in Talavera de la Reina on June 11, the "most important spring festival in Spain" of this type of music. A reality, as Mayor Tita García Élez pointed out on Monday, which is supported by the figures; since the estimate is that more than 13,000 people are going to come to enjoy a "wonderful poster and a spectacular setting." It is a "unique opportunity" to enjoy the city and the region; also by the Talaverans themselves who "have this festival at their doorstep".

The councilor from Talavera has shown her satisfaction at returning to normality to celebrate a festival that the public greatly desired and that will be possible thanks to the work that has been done previously during the pandemic by the group of businessmen behind the organization.

This second edition will be located in the Talavera parking area, offering the "best location" from a business and tourism point of view and as a sign of public-private collaboration.

"The key is to collaborate and lend a hand so that a project of this type stays in Talavera, with the intention of growing", for this reason, he praised all the improvement and refurbishment work that the City Council and Talavera Ferial have carried out done. In this way, he continued, progress is being made towards the goal that "all the square meters that Talavera Ferial makes available can be used in their entirety".

Talavera City Council, Toledo Provincial Council and Castilla-La Mancha Community Board collaborate with these young entrepreneurs who have made a "unique event" possible and will allow them to live a "unique experience", reiterated García Élez, who took the opportunity to make an appeal to those who still do not have a ticket to take advantage of these previous days.

The municipal government supports this initiative to contribute to that line of "making Talavera a city of leisure and business", as has been demonstrated with the national and international events that Talavera Ferial hosts, aimed at generating economy and creating jobs in the city. The volume of business is guaranteed with the 13,000 people who will step on this great concert and who have filled all the hotel and accommodation places and who will spend the weekend in the city. For this reason, the Capital Fest is one more ally so that "Talavera is better known and enjoyed" by the visitors who come, although many will repeat the previous time.

For his part, the businessman and part of the organization, Víctor del Río, celebrated the premiere of the venue and the unification in a single day of the festival. Of the expected 13,000 spectators, more than 70% are from outside the province of Toledo. Likewise, he has remarked that a "definitive step has been taken to get us into the first level of national festivals" with a poster that includes artists of the stature of Izal or Lori Meyers.

As for the aesthetics of the festival, it is moved to a single stage that will be "the largest in Spain", with 50 meters, and a height of 20 meters. In addition, it will be complemented with 250 square meters of screens to make it a "real show." To conclude, he thanked the Government team and the rest of the collaborating institutions for their involvement and the new location that "will allow us to continue growing in the future". In the velodrome area, space has been set up to accommodate a thousand campers.

1 Putin Was Treated For Advanced Cancer In April, According... 2 The Prosecutor's Office of Peru summons Castillo... 3 After refusal to fly, Russian minister cancels visit... 4 Kosovo war veterans fight with the police and want... 5 When do pensioners get extra summer pay? 6 EXPLAINER - How UK Conservatives can Change Their... 7 The Puig Government refuses to recover the place names... 8 Metro Madrid and EMT are looking for users with iPhone... 9 The judge reopens the case for the second fraud against... 10 They investigate a possible sexual assault at the... 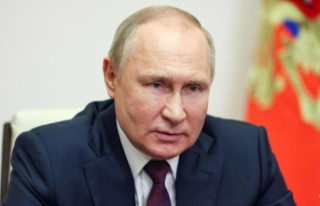 Putin Was Treated For Advanced Cancer In April, According...