IU-Podemos asks about the need to build 18,000 homes in Toledo

The United Left-Podemos Municipal Group has asked the government team about the need to build 18,000 homes in the city of Toledo and how it will unite the neighborhoods with the new Municipal Planning Plan (POM). 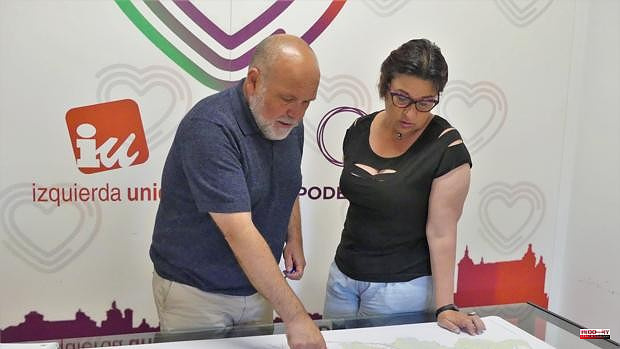 The United Left-Podemos Municipal Group has asked the government team about the need to build 18,000 homes in the city of Toledo and how it will unite the neighborhoods with the new Municipal Planning Plan (POM). This was explained in a telematic press conference by the spokesperson for the United Left-Podemos de Toledo, Txema Fernández, accompanied by the councilor for the left-wing formation in the Toledo City Council, Olga Ávalos, has informed the formation in a press release.

Fernández has indicated that in the analysis carried out on the documentation of the progress of the POM "he has not found the need" for 18,000 homes to be built in Toledo. "An analysis of the need to build new homes has not been done," he added.

In this sense, he recalled that the city of Toledo has about 3,500 empty homes to rehabilitate and make available "urgently" for people who need it.

"Toledo has 3,500 empty homes and in the analysis of the document (POM) there is no decisive commitment, nor in an undecided way, there is no commitment to a real housing rehabilitation movement," he argued.

At this point, he pointed out that access to newly built housing is not affordable for everyone because the price per square meter continues to rise. Specifically, he has made reference to the data that the National Institute of Statistics (INE) has offered this Wednesday, June 8, which say that in the first quarter of the year housing has risen 7.1 percent in Castilla-La Stain.

Another aspect that does not explain the progress of the POM, according to Fernández, is how the city's neighborhoods are going to be united if it is going to be possible to build in ten new urbanizable areas that were not included in the previous plan. «Building more does mean making the objective of compacting the city incompatible while creating ten new ones. There is no new approach in the document that they have shown us », he added.

In addition, he has asserted that the 2007 POM shared the same objectives as the current 2022 POM advance presented by the local government team. It can be verified in the minutes of the Plenary of June 2, 2006 when said planning document was approved.

Said document, as reported by Fernández, was approved by the PP and PSOE, made up of current councilors such as Juan José Mayor (PP), Juan José Pérez del Pino (PSOE) and the current mayor of Toledo, Milagros Tolón.

On the other hand, the councilor of the United Left-Podemos de Toledo, Olga Ávalos, has asked the local government to implement 'Puntos Violetas' in each event and celebration organized by the Toledo City Council to avoid sexist violence in these acts.

Ávalos has indicated that it is a place of attention, information and help against sexist attacks with professionals trained to accompany and advise against attacks.

«Now the neighborhood festivities begin, we have the Corpus on top and with concerts in the Peraleda. We hope that the Government team will place these 'Purple Points' with trained professionals, we insist, in all places, since help, guidance or information may be needed anywhere to help victims », he highlighted.

In this way, it has specified that the installation of 'Puntos Violetas' is part of the Equality Plan of the City of Toledo, promoted by the local government team that it has to execute.

Finally, he has assessed that these places have to be in coordination with the Local Police and with the private surveillance of the event so that "women can enjoy the parties with tranquility and security."

1 Two new positives raise the cases of monkeypox in... 2 Ronaldo concludes his 'pilgrimage' for the... 3 The CaixaResearch Institute will be the first center... 4 Mañueco, to the ham sector: «They criticize it for... 5 Johnson assures that "nothing, and no one"... 6 Taliban detain Afghan fashion model on religious charges... 7 Venezuelan leader arrives in Turkey, where he is barred... 8 Venezuelan leader arrives in Turkey, barred from US... 9 EXPLAINER - Crime and impunity rise in Amazon's... 10 Morante de la Puebla: "ABC is the newspaper that... 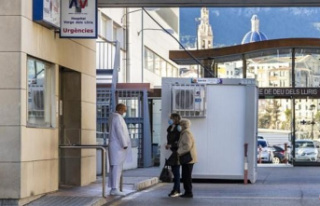 Two new positives raise the cases of monkeypox in...