“We are in a moment of great uncertainty, very complicated. 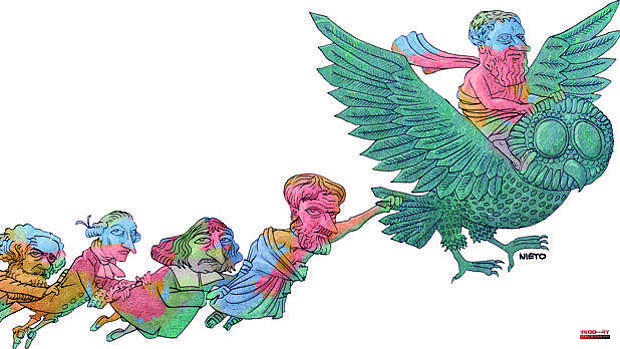 “We are in a moment of great uncertainty, very complicated. Also, somehow, it seems like a future is being imposed on us without us realizing it, without us reasoning or thinking about it much. These are the words of Fernando Puyó, organizer of the festival of philosophy, science and arts to be held at the castle of San Servando in Toledo this Saturday.

Puyó will present this activity, which will take place from ten in the morning until nine at night. Four speakers will participate, who will talk about the future with short interventions: Enrique Mesa, president of the Association of Professors of Philosophy of Madrid; Esperanza Rodríguez, vice president of the Spanish Network of Philosophy; Simón Royo, doctor of Philosophy, and Juan Antonio Negrete, professor of philosophy.

«The idea would be to treat philosophy as a tool -explains Puyó- so that together we think and are somewhat aware of what situation we are in globally, not only in Spain; and what can we do to build a future that we like, a positive future, a good society, come on; not be waiting to see what happens ».

For this philosopher from Toledo, «society in general is in a good moment; Actually, humanity has achieved a lot, important progress, moral progress even in quite a few parts of the world; technological progress of all kinds. "But it also happens -he clarifies- that this progress can turn against us if we are not aware and let it be managed by a few."

The festival, in which the four speakers participate free of charge, will have everything: in addition to thinking about the future, there will also be music, dance and poetry. He has expenses of 400 euros and Puyó has created a crowdfunding account to cover the budget.

Puyó is clear about the presence of philosophy in the classroom: «We want to draw attention to the importance of philosophy not being lost. If you miss out on high school, you can miss out on bachelor's as well. It is losing presence and we do not want it to happen. It is not a union fight for jobs, as they have wanted to sell, but because we really believe that philosophy is important. Most of the teachers are civil servants and have no work problems”.

1 Castilla-La Mancha awards its Gold Medals to Eugenia... 2 [LIVE] 84th day of war in Ukraine: here are all the... 3 Arrested for trying to rob a store on which she already... 4 Fernando Simón admits that "we do not know what... 5 The Bank of Spain asks to raise VAT and delink pensions... 6 Spain continues to lead the rise in prices in the... 7 NATO, French diplomats, Marion Maréchal, weather... 8 Nikola Mirotic, 'MVP' of the Euroleague... 9 Luis Enrique will give this coming Monday the list... 10 "An honest man": Guerini defends LREM Jérôme... 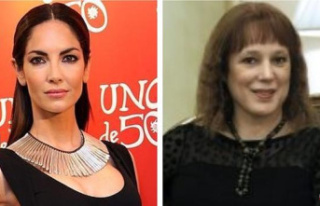