«It is a way of recognizing the work of my brother, who died in a tragic way»

Jaime Espejel lost his life at the age of 43. 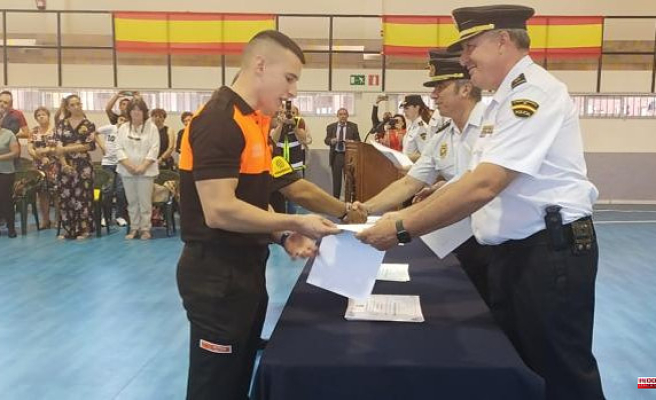 Jaime Espejel lost his life at the age of 43. He had been working for his security company for a long time, he came and went from Toledo to Madrid, until his boss offered him something better: a place in the capital of Castilla-La Mancha to avoid so many trips. Jaime accepted. But a couple of months later, the fatal misfortune occurred. A very heavy sliding door, weighing several tons, fell on him and killed him. It happened in the industrial estate of Toledo, in the Logisfashion company, a large distribution center.

The metal structure, 25 meters long by 2.5 meters wide, «did not close properly due to a series of deficiencies; my brother went to finish closing it and the door tipped over. They also had to have put up some signs warning that they were installing it, "Francisco Javier, the older brother, tells 'ABC'.

On the 8th it will be three years since this calamity, which is awaiting trial.

Jaime, father of a young child, was a security guard and this Friday he was one of the honorees, in his case posthumously, by the National Police at the Toledo police station. "It's a way of recognizing the work of my brother, who died in a tragic way," thanks Francisco Javier, who received the honorable mention along with his brother Luis.

In addition to the mention of Jaime, another 27 were delivered. Some were of the so-called 'type A', awarded to managers of companies and security services of public centers, establishments and banking entities, as well as to security guards who starred in outstanding actions in Toledo and in Talavera de la Reina. Others, 'type B', to colleagues who stood out for "their continued good service" and their "excellent attitude of collaboration with the National Police."

For example, the participation of a security guard in the arrest of four Croatian criminals for theft in Talavera was recognized. The work of a colleague in solving investigations was also extolled by providing some images that were definitive. Likewise, a security guard who revived a child who had obstructed airways was awarded.

But there were more distinctions. This was the case of two guards, one in Talavera and the other in Toledo, due to the interventions in which they were injured. In addition, the collaboration of five professionals from the sector in football matches and two more for their participation in the arrest of three people for theft in the Luz de Tajo shopping center in Toledo was appreciated.

The provincial commissioner, Carlos Julio San Román, praised the "excellent work" of the 1,303 private security guards in the province, "especially those honored." He thanked them for their responsibility, decision and collaborative spirit. He also wished them that "this symbolic reward serves as an incentive to improve and develop their work with the dedication and professionalism they have shown." In the case of Jaime Espejel, it was a way of also recognizing his work, skewed at 43 years of age by a sliding door weighing several tons.

1 The Prosecutor's Office sees "relevant evidence"... 2 Burgos doubles the amount for its Major Festivals... 3 Meghan Markle and the pristine white dress with which... 4 Health news 17 deaths and 3,326 new cases of coronavirus... 5 They arrest a man for harassing, persecuting and threatening... 6 Zelensky: "In these 100 days, Ukraine has done... 7 Schedule and where to watch the Roland Garros final 8 Alfonso Lozano (Cs) will replace José Calzada (PP)... 9 The drone experience in La Palma will improve protection... 10 The president of the doctors of Castilla y León:... 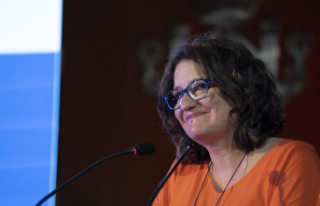