The Israel Police announced this Saturday that it will carry out an investigation into the actions of its agents during the funeral the day before of the Palestinian journalist Shireen Abu Akleh in Jerusalem, after a wave of criticism for the police repression against those who carried her coffin. 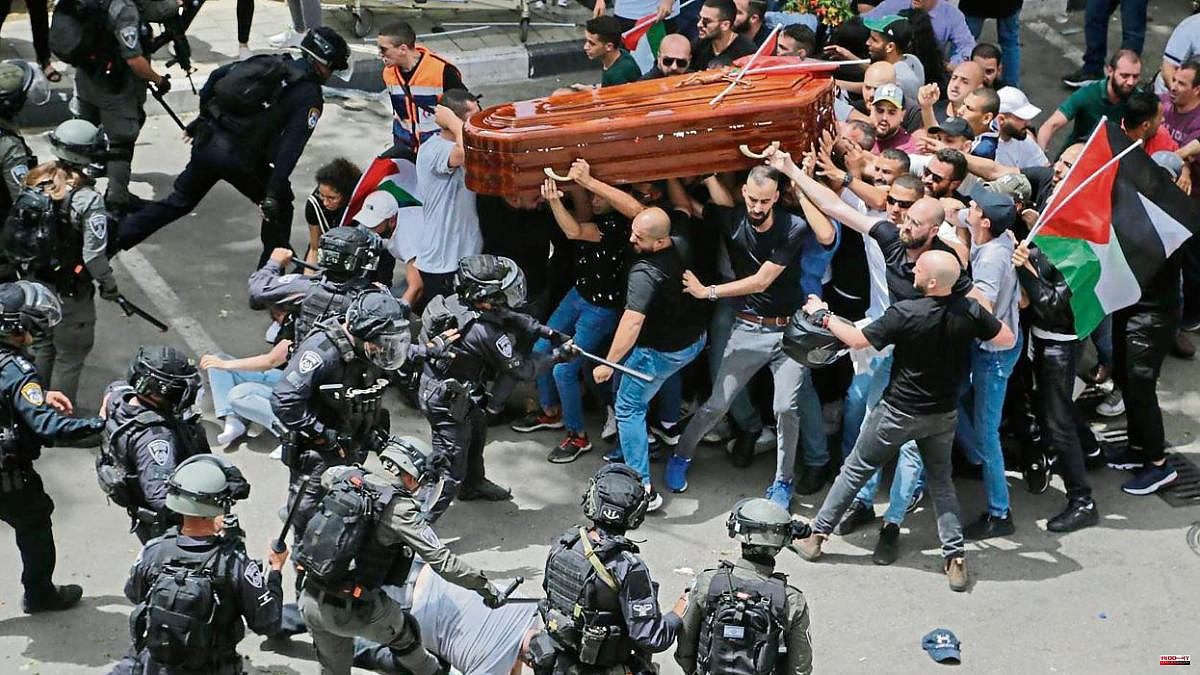 The Israel Police announced this Saturday that it will carry out an investigation into the actions of its agents during the funeral the day before of the Palestinian journalist Shireen Abu Akleh in Jerusalem, after a wave of criticism for the police repression against those who carried her coffin.

"The Israel Police Commissioner, in coordination with the Minister of Public Security, has given instructions for an investigation to be carried out into the incident," a police spokesman said in a statement today, adding that "the Israel Police Israel supports its officers, but as a professional organization seeking to learn and improve, it will also draw lessons from the incident."

The Police argued that during the funeral ceremonies "the agents were exposed to the violence of rioters," who "tried to sabotage the ceremony and harm the police." Given this, she added, the officers responded by using force.

The decision to investigate these events comes in response to a wave of criticism from the international community, including the United States Government, the European Union and the UN Security Council, after images of Israeli agents beating with batons went viral. Palestinians carrying Abu Akleh's coffin, nearly causing it to fall.

During the day on Friday, the Israeli Police offered various arguments to justify the violence of their forces, first alleging nationalist chants, incitement to violence and the alleged throwing of stones, and then emphasizing that the intention of removing the body of the reporter from the hospital on shoulders violated an agreement with his family to do it in a vehicle.

These episodes took place in a context of high tension in Jerusalem, where some 10,000 Palestinians gathered to bid farewell to the veteran journalist, a native of the city and who died on Wednesday from a gunshot to the head while covering a raid by the Israeli Army in the West Bank city of Jenin.

Both the Palestinian National Authority (PNA) and the Qatari chain Al Jazeera - for which Abu Akleh worked - and several journalists who were with her when she died accused Israeli troops of having killed her.

The Israeli government, for its part, initially blamed Palestinian militiamen and then pointed out that at the moment it is impossible to determine who fired the shot, stressing the need to carry out a joint investigation, something that the PNA refuses.

The raid in which Abu Akleh, 51, who had dual Palestinian and American nationality, was killed occurred in the context of the current spike in violence in the region, which began almost two months ago with a wave of attacks on Israeli territory. and that has already caused more than 50 deaths.

Yesterday, during a new arrest operation in Jenin, an exchange of fire with Palestinian militiamen caused the death of a sergeant of a special unit of the Israeli Police, in addition to 13 wounded Palestinians.

This Saturday, the official Palestinian news agency, WAFA, reported the death of a 23-year-old man who had been injured on April 22 during clashes with Israeli troops on the Esplanade of the Jerusalem Mosques.

1 The stands of a pavilion in Elda collapse and leave... 2 The smell of marijuana leads the Civil Guard to a... 3 The first Lottery prize distributes 1.2 million euros... 4 Russia confirms the cut off of electricity supply... 5 Israel announces an investigation into police action... 6 De Gendt reigns in the breakaway in Naples and Juanpe... 7 Medical assistance in dying for mental health cases 8 A man dies under his vehicle in Montreal 9 Helicopter in Montreal: casualty evacuation exercise 10 Game 7 Lightning vs. Maple Leafs: 'I don't... 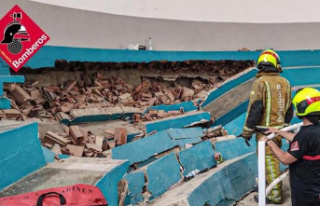 The stands of a pavilion in Elda collapse and leave...