Israel says it will investigate charges against funeral

Israel promised yesterday an investigation into the scandalous police charges registered on Friday against the funeral procession of the murdered Palestinian reporter, Shirin Abu Akleh. 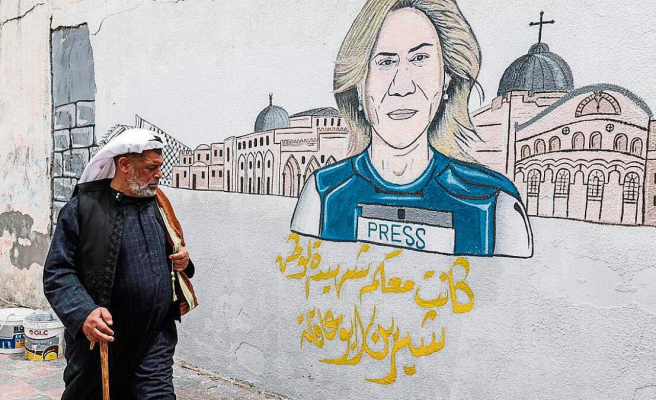 Israel promised yesterday an investigation into the scandalous police charges registered on Friday against the funeral procession of the murdered Palestinian reporter, Shirin Abu Akleh. Dismay at images of repression at such a sensitive time, even among the Zionist state's staunchest allies, has put Naftali Bennett's government on the defensive.

No fewer than thirty-three people were injured in police violence at some point in the funeral procession, the largest recorded in East Jerusalem in more than twenty years, transformed into an act of national affirmation.

In a new reason for mourning, yesterday a young Palestinian, Walid al-Sharif, died as a result of injuries sustained during the police charges three weeks ago, during Ramadan, on the Esplanade of the Mosques - for the Jews, the Esplanade of the Temple - also in Jerusalem.

The popular Palestinian reporter, with a US passport, was killed Wednesday in Jenin, West Bank, by gunfire from Israeli security forces, according to fellow journalists who accompanied her. Israel, which operates drones in raids like the one that day, has not been able to provide images that deny it.

But the contempt for the mourning of his relatives and admirers has filled the glass. After the disapproval of the UN Secretary General, António Guterres, yesterday it was the turn of the UN High Commissioner for Human Rights. After describing the events as "shocking", Michelle Bachelet called to open "a prompt and transparent investigation". She also provided the fact that "48 Palestinians have been killed by Israeli security forces so far this year" and asserted that "this culture of impunity must end now."

He could have added that more than forty Palestinian journalists have been killed in the last twenty years.

The US government, the EU and the UN Security Council also criticized the events, after images of agents beating coffin bearers went viral.

The Israeli Police justified their actions alleging nationalist chants, the presence of Palestinian flags, stone throwing or the violation of a pact with the family so that the coffin would not be carried on their shoulders. This point was later denied before the cameras by a brother of the victim.

A year ago, one of the tallest buildings in Gaza, which housed Al Jazeera offices, fell to the ground. This week, the victim has been one of the best known figures of the Qatari chain, in its Arabic version.

Shirin Abu Akleh was born in Jerusalem 51 years ago, into a Christian family from Bethlehem. Before reaching his hometown, where he rests, his body was honored in Ramalah and Jenin itself.

The Israeli raids in this city are justified because it is the place of origin of some of the commandos that have attacked Israeli cities in the last two months.

Another element of tension is that this week Israel has approved the construction of 4,000 new homes for settlers.

Likewise, the green light has been given to the largest project to displace the Palestinian population since the 1970s. “The Supreme has proven once again that he is unrivaled when it comes to whitewashing the injustices of the occupation,” Haaretz wrote in a harsh editorial. "Eight villages in which almost a thousand Palestinians have lived for generations will be destroyed," explains the Israeli newspaper, about the evictions in Masafer Yatta, West Bank, to create a shooting range.

1 Ukraine is reluctant to Macron's idea of ​​a... 2 European funds to save the emptied Italy 3 Ukraine-Russia war, live: breaking news about Finland's... 4 Barry 5 Lewandowski's dilemma 6 Hard result at home for the Rocket 7 Ukraine wins the Eurovision Song Contest 8 A white supremacist kills 10 people in a Buffalo store 9 Burgos and Andorra go down and Gran Canaria closes... 10 Djokovic achieves his 1,000th victory and repeats... 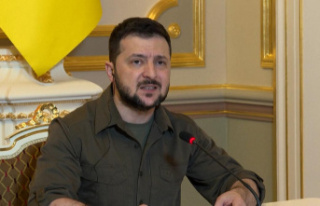 Ukraine is reluctant to Macron's idea of ​​a...