Isco's emotional farewell: "I've had a hell of a time"

Midfielder Francisco Alarcón 'Isco' announced on Monday that he is leaving Real Madrid, with whom his contract ends next month, thus joining Marcelo who is also leaving the merengue club. 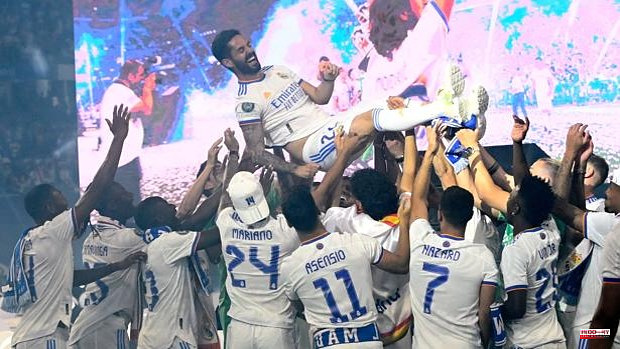 Midfielder Francisco Alarcón 'Isco' announced on Monday that he is leaving Real Madrid, with whom his contract ends next month, thus joining Marcelo who is also leaving the merengue club. The Spanish international recalls in a message on his social networks how Real Madrid knocked on his door and "nine years later my time at the club ends, which has made it possible for me to fulfill all the dreams I had when I was little".

"Apart from fulfilling dreams, winning more titles than I had imagined, playing with the greatest, meeting incredible people: I've had a hell of a time and they can take my dance away from me," added the 30-year-old from Malaga. Isco, who arrived at Real Madrid in 2013 from Malaga, leaves the white club after eight seasons in which he has won 19 trophies, including five Champions Leagues, the last one just two days ago in Paris against Liverpool.

"Without a doubt I keep the good and I hope you do too," Isco said in his message, in which he seems to point a small dart at the French star Kylian Mbappé, who finally decided to renew with PSG and not sign for him Real Madrid. "When I was at Malaga and I knew I had to leave. I made a commitment to another team. But Real Madrid knocked on my door and Real Madrid cannot and should not be told no, although there are always exceptions", Isco wrote, accompanying the text with an emoticon of a small turtle and a laughing face.

Isco ends his message by thanking all the club staff for their time with the merengue team, but he does not give any clue as to what his next destination could be.

1 Escrivá proposes a new reform for the self-employed... 2 Board and Provincial Council gather 15 million to... 3 The agreements of the Diputación de Valladolid include... 4 No beaches suitable for pets in the Basque Country 5 A young man who tried to swim across the Crevillente... 6 General Electric accused in tax optimization in France... 7 Employment in New Aquitaine: 65 vacancies at Terres... 8 After a fatal accident, the Dordogne gendarmerie needs... 9 Arvert: Presentation of the Coubre forest's forest... 10 Saint-Jean-de-Luz - Stop parking Foch collective challenges... 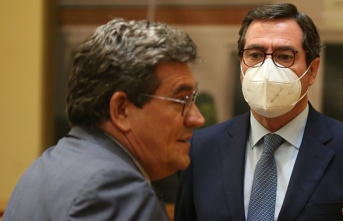 Escrivá proposes a new reform for the self-employed...