Is it possible to go to the center of Madrid during the days of the NATO summit?

The NATO summit, to be held at IFEMA on June 28, 29 and 30, will change the paradigm of travel in Madrid this week. 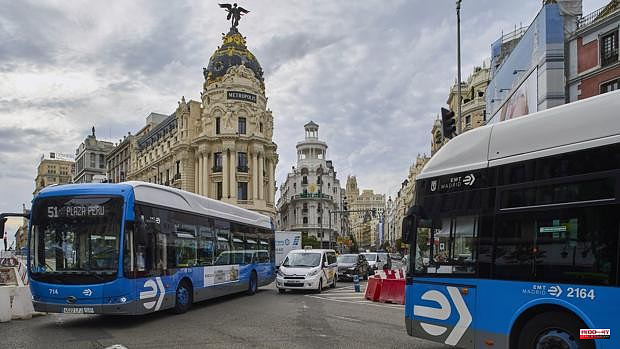 The NATO summit, to be held at IFEMA on June 28, 29 and 30, will change the paradigm of travel in Madrid this week. The numerous traffic cuts and the security device that will be implemented will leave the city "practically blocked" during this week.

Many will be the streets and highways that will be closed this week to preserve the protection of the 44 international delegations that will meet in our country this week. The DGT has already announced specific cuts on the A-2, the M-11 and the M-40 and it is expected that many of the main routes will be affected.

[Madrid, armored and blocked by the NATO summit until Friday]

The central and more touristic area could also be affected by this security device. But will it be possible to go to the center of Madrid during the days of the NATO summit?

The center of Madrid will also be the focus of many of these traffic cuts. Gran Vía, Paseo del Prado, Paseo de la Castellana or Colón will be some of the areas most affected by the blockade of the capital, so access by car to these areas is not a recommended option.

However, despite the reinforcements in public transport that Madrid will experience during these three intense days, trips to the downtown area are not recommended. This has been explained by the deputy mayor Begoña Villacís, who has asked citizens not to go to the city center during the NATO summit because "it will be practically blocked".

“NATO is not just any event, the center will be practically blocked. Many workers at the center will be teleworking and I recommend that they not go to the Center on those days, ”explained the Councilor for Citizens in an interview on 'La hora de la 1'.

That is why, although it will be possible to travel to the central points of the Madrid capital whenever necessary, transport will not be recommended by the authorities. In fact, there are many companies that have begun to give their employees the possibility of teleworking from home these days.

1 Tomatina de Buñol 2022: dates, complete schedule... 2 Buxadé: «Sánchez is a sociopath, he lacks scruples... 3 An exhibition allows to handle the inventions of Leonardo... 4 An almost deserted Congress, an image of the breakdown... 5 A missile hits a busy shopping center in Ukraine,... 6 Russian officer carrying Putin's nuclear codes... 7 Schedule and where to watch Cerúndolo-Nadal live 8 Small scare for Djokovic in his premiere 9 The forward of Espanyol begins to be scary 10 Doña Letizia dresses in polka dots for her meeting... 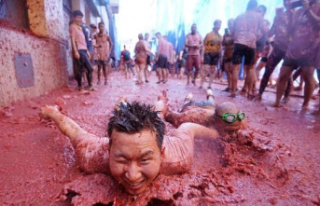