Iryo, Renfe, Euskotren and FGC come together to create a railway employers association

The passenger railway sector mobilizes to defend its interests before the Administration. 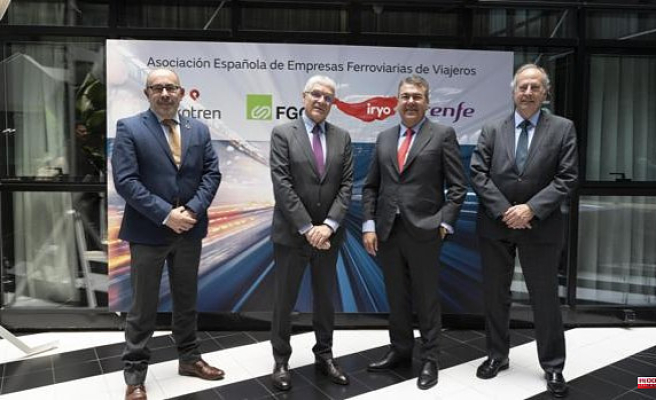 The passenger railway sector mobilizes to defend its interests before the Administration. Iryo, Renfe, Euskotren and Ferrocarrils de la Generalitat de Catalunya (FGC) have announced this Thursday the creation of the Spanish Association of Passenger Railway Companies. An organization that was born with the aim of reaching the 50 million train users that were estimated with the arrival of the liberalization of high speed.

This is the objective set this Thursday by the organization's president, Carlos Bertomeu, who also leads the Spanish-Italian operator Iryo, at the employer's presentation. Bertomeu explained that liberalization "is a great, great opportunity" not only for railway companies, but also for passengers.

One of the common objectives of the sector is to achieve a "modal shift" from other means of transport to the train. Including the road. Bertomeu has been in favor of more polluting means of transport, such as the car, paying a toll. An idea that had already been raised hours before at a breakfast by the president of Renfe, Isaías Táboas.

In addition, the organization has among its main objectives the reduction of the railway fees that companies pay to Adif for using its infrastructure. A discount that according to Bertomeu "would have a direct impact on the price of the ticket."

"Having representation is essential to jointly and unified defend the common interest of rail passenger transport operators and promote and develop the railway as the axis of sustainable mobility," added the president of the organization.

For his part, the president of Renfe, Isaías Táboas, has described the founding of the organization as “historic”. "It is interesting to participate in an Association that unites the efforts of the associates, so that their proposals have more weight than those that each one would do individually," added the Renfe president.

The great absence of the organization has been Ouigo, the only company that operates so far in the high-speed rail market. The French, however, has not ruled out entering the association later. "We have open arms," ​​Bertomeu responded this Thursday.

1 Díaz announces that the draft for the reform of the... 2 German companies warn of the economic deterioration... 3 Discover all the keys to investing in uncertain times 4 Airef accuses the Government of not having a fiscal... 5 Renfe calls on the Government to implement tolls on... 6 Telefónica achieves a net profit of 706 million in... 7 The Government ratifies the new working day for civil... 8 From Elon Musk to Pablo Echenique, celebrities and... 9 Ignacio García Magarzo (Asedas) «The consumer is... 10 Selectivity-EBAU 2020: exam fees vary by more than... 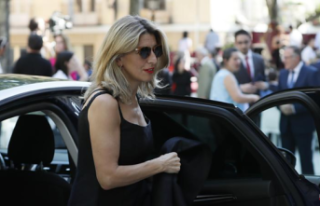 Díaz announces that the draft for the reform of the...