Iryna Yarmolenko's plan for Bucha to rise from the ashes

Iryna Yarmolenko is a councilor from Bucha. 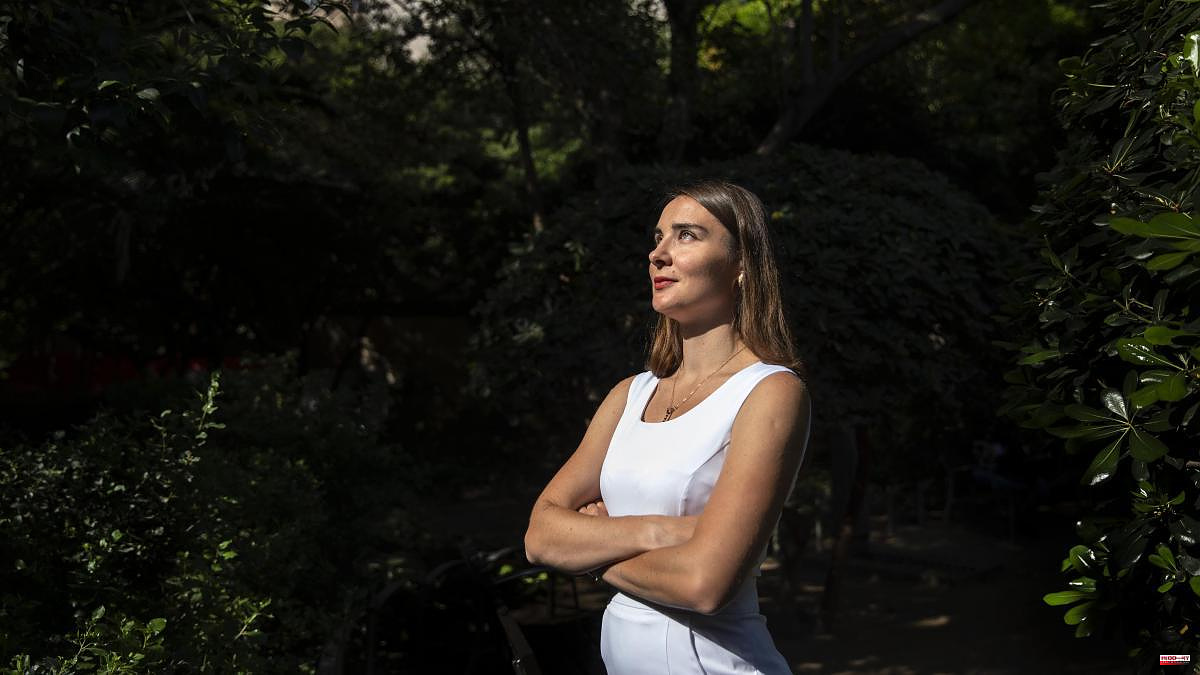 Iryna Yarmolenko is a councilor from Bucha. She is 31 years old and has a project underway to rebuild her city. She speaks decisively, moves her hands energetically, looks directly into the eyes, convinced. She calmly poses in front of the camera, she feels comfortable in front of the lens. And she apologizes. "I'm sorry, I'm sorry for the emotion, it's just that I'm angry, angry at the Russian military." After visiting Italy, she has now come to Barcelona, ​​invited by the Provincial Council, to look for architects, designers and engineers willing to collaborate in the reconstruction of Bucha. She is accompanied by Alevtina Morozova, her partner in the Bucha municipality, a native of Donetsk. Iryna makes it clear that she is not an expert in geopolitics: she is here as a mother and as a local representative who wants her city to return to what it was.

Why have you decided to come to Spain now?

I have decided to come here to inform the people of Europe, and not only Europe, of the real situation in Ukraine. I have created a campaign, a reconstruction summit, and I am looking for architects, designers, engineers, urban planning experts, help to rebuild, because our city has been very much destroyed and the most urgent infrastructures must be rebuilt as soon as possible. We are fighting Russian propaganda and speaking directly with experts, with the people.

Before the conflict no one knew Bucha's name. What was Bucha like before he was a name in a headline?

We are very green, we are ecologically prepared to take care of our land. We had made new parks, new squares, new riverbanks, new and modern places. Irpin, which is also close to Bucha and has been 70% destroyed, was in a good position to attract investment. People came here to form their families, businessmen who came to create their companies, because we are close to Kyiv. We were very good. It was a very good life, with the mothers who stayed at home taking care of their children, the men working in Kyiv… we spent time outside, in the parks, we had barbecues… We were doing very well. And one day, on February 24, we got up at five in the morning and heard some voices that were very ugly, they were scary. They were the voices of rockets and bombs. And at that moment, our bodies… I think we were all shaking, we were in shock. We understood that this day would change everything.

He is also a journalist. What do you think of the treatment that has been given to the news about Bucha?

I am very grateful to each and every one of the journalists. A few days ago, a Pulitzer Prize was awarded to all Ukrainian journalists. Why? Because they are in danger, there are journalists who have lost their lives. I personally knew Max Levin. He was a photojournalist who worked for Reuters and other media. He knew him very well, we have spent time together. He had 3 children and they killed him. He was there in the most terrible days. He was killed near Kyiv. I am very grateful for what the journalists do, the Americans, the Europeans… When they come to explain the war, to explain who has committed these atrocities, they do a very good job.

What was he doing on February 24? Did you think Russia was going to invade?

I was blind. Many of my friends were blind. When my colleagues from other countries called me, they told me that I was in danger, that I had to be ready for war. I thought they were crazy. We are in the 21st century, it is not possible, we live in times of peace, we have artificial intelligence, robots. How is it possible? We didn't expect it. After the first rockets, everything completely changed for me.

What do you think of what Zelensky is doing?

I'm so proud of him. I was not very satisfied with his policies, but he has lived through an attack, he could have died. And he said: no, I'm staying here, although it may be the last time you see me. For me he is a symbol of Ukraine.

Alevtina intervenes in the conversation and speaks of the surprise that the Russian soldiers have had, that they did not expect the solidarity of the Ukrainian people with their own soldiers, a people that "did not need their support or their flags", who want to live in "their own Ukrainian culture and identity. She is from Donetsk and blames Russian propaganda for making the world believe that this region does not want to be part of Ukraine.

Iryna talks about weapons: “we have to show Putin that we have instruments to protect ourselves”; and she defends the sanctions: "I am willing to pay more for food, for fuel... and to be poor in order to end the war in my country."

How is your idea to rebuild Bucha being received?

On the idea of ​​my reconstruction summit, as a local representative of Bucha, I talk about education infrastructure, our parks, our homes, water, heating… This project is about this. We want to plan something long term, but also an urgent project. Of course we are not going to rebuild everything now, but we can plan, make visual projects, make our city even more beautiful, taking into account climate change and urban planning. Direct contact from city to city is more effective. If we want a new nursery in Bucha because there have been explosions, for example, Barcelona can help with its reconstruction: they talk about a budget, they make an agreement and boom, it's done. If we want a women's shelter in Irpin, we need to establish contact, sign documents and start the project. If we don't have specific projects, we won't achieve anything.

How is life now in the city?

We are still cleaning up everything that the Russian military has done. They have destroyed our heating, our water supplies, our gas systems. We're cleaning, the windows that are broken, everything. We want to make our territory safe after the mines. After this will come the reconstruction. Now people are coming back little by little, those who have their houses in good shape.

The first of September is when school starts in the Ukraine. Iryna wants the streets of Bucha to return to normalcy by then, for the children to go back to school, for life to resume. "We have four months." She says goodbye with a smile and a request: “please, if you know architects, designers, tell them about us”.

1 The 'spray' artists compete in the western... 2 Hitmen kill Paraguayan anti-drug prosecutor during... 3 'Entre copas', by Nuria Parra, wins the... 4 Al Jazeera journalist shot in the head in Israeli... 5 2022 work calendar in Valencia: when are the next... 6 Russia takes aim at Odessa 7 Titirimundi returns to the stage despite the rain 8 The abortion veto would trigger the trafficking of... 9 Ukraine from Washington 10 Finland and Sweden plan to apply this week to join... 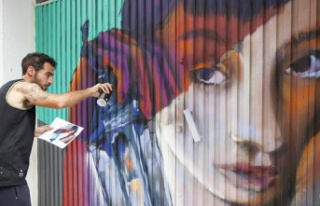 The 'spray' artists compete in the western...