iPhone 13: its price continues to drop at Rakuten 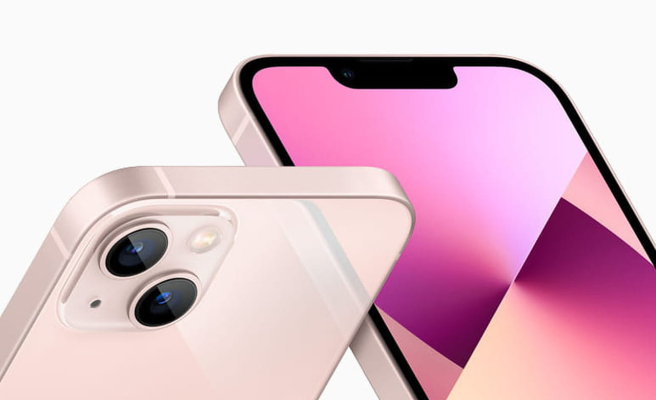 As was the case in previous years, Apple wasted no time in launching its new flagship. The new iPhone 13 and its various versions were available for pre-order for a few days after their reveal. Several brands now offer the new Apple smartphone, but all are displayed at the recommended retail price. Do not hesitate to browse the various sites to consult the colors and storage spaces available. Note that the shortage of computer chips may lead to extended delivery times at certain sites.

We offer some major versions of the iPhone 13 below, but from the 128GB version to the 1TB version, there are many variations in the four new models. Do not hesitate to browse the different sites to consult the different colors and versions available according to your desires and needs:

The four new iPhones - iPhone 13, iPhone 13 mini, iPhone 13 Pro and iPhone 13 Pro Max - are equipped with a new processor: the A15 Bionic chip, which will offer significantly more power to the new phone, with better management of the battery in particular.

iPhone 13 also comes with larger batteries that Apple says will deliver between 1.5 and 2.5 hours of extra use per day. This novelty is partly linked to the installation of the A15 chip. "iPhone 13 has a faster chip, faster 5G, a brighter OLED display, and the most advanced dual camera system ever in an iPhone, and with all those upgrades , iPhone 13 has better battery life," Apple Vice President Kiann Drance summed up during the Keynote.

The iPhone 13 cameras have also been improved. Besides reducing the notch on the front of the smartphone, a new feature, Cinema mode, will allow video to be shot using the rear cameras and users to change the focus, with a new aperture f/ 1.6, 7-element lens, 26mm focal length. iPhone 13 Pro and 13 Pro Max also feature a new 3x telephoto lens and an ultra-wide camera that enables macro photography for the first time, for photographing small objects.

On the design side, Apple wanted to bet on an elegant aesthetic, with a thinner notch. Of course, the iPhone 13 has the IP68 splashproof system. But it is especially on the back of the device that its appearance changes the most. Indeed, the cameras are now in duo, placed diagonally.

Color level, the iPhone 13 reserves new options, such as the creation of the pink iPhone. You can still find the usual colors which are red, midnight black, starlight white and blue. As for the iPhone 13 Pro and 13 Pro Max, these are available in Alpine Blue, Graphite, Gold and Silver. A new colour, called Alpine Green, was added to the catalog at the start of 2022.

Despite very disappointing sales for the iPhone 12 mini, Apple has decided to try the experience again by announcing an iPhone 13 mini. The latter has the same characteristics as its classic version, but in a smaller format, in order to be easy to store and use. It is also available in several colors, as is the case for the classic version namely pink, blue, midnight, starlight and red. iPhone 13 mini is fully compatible with 5G communication networks, and benefits from iOS 15.

This is one of the many questions Apple answered during its iPhone 13 presentation party: there is indeed an iPhone 13 Pro and an iPhone 13 Pro Max. As with the Pro version of the 12, the iPhone 13 Pro is again aimed at budding photographers. Better still, a filter called "Cinematic Video" transposes portrait mode, hitherto reserved for photos, to video capture. The 3x mode also offers a wider angle, macro photography style. As for its screen, it measures between 6.1 and 6.7 inches (it all depends on whether you choose the Max option as well).

As a reminder, the iPhone 12 Pro was already an improved version, which notably had an additional photo sensor dedicated to the telephoto lens, as well as a video quality of up to 60 frames per second (compared to 30 on the iPhone). iPhone 12 classic and mini). The other characteristics remained generally the same as on the other versions.

Like its iPhone 12 released last year, Apple is again offering a Pro model for the iPhone 13. Compared to the classic iPhone 13, it has a smaller notch, but a larger camera module than the original format. Great novelty in its aesthetics, the "Alpin" blue color is entering the small family of iPhone Pro. Compared to the iPhone 12 Pro, there are novelties in terms of its performance, thanks to the use of an A15 Bionic chip, which notably allows longer battery life. New technology still used, ProMotion makes its debut in the iPhone 13 Pro. This, used by the iPad, calls for greater screen brightness.

If you expect to make bigger savings on the iPhone 13, you may need to rely more on an older model. The iPhone 12, for example, is still on sale since the release of its successor, and has strong assets to compete with the latter.

If we take a closer look at the characteristics of the iPhone 13, Apple reveals a new processor and in particular an A15 chip which would make the iPhone 13 faster than its predecessors. But its capabilities will not be increased tenfold: the A15 chip does not look revolutionary (it will not be engraved in 3 nm but will remain in 5 nm like the A14 and will have the same number of cores) and is in particular already used on the iPad. But the A15 Bionic chip is still 50% faster than the competition.

It was Apple's other big bet: to offer a better photo, and especially video. Thanks to these new sensors, the apple brand promises more pronounced colors. Thanks to new technologies such as Sensor Shift, these sensors offer more optical stabilization to the user. Video level, the iPhone 13 and 13 mini also offer a better ultra wide-angle on the back of the device (12 mpx, f / 1.6, 26 mm equivalent).

On the first leaked images, we already saw changes in the position of the photo sensors. On the back of the iPhone 13, two sensors are positioned diagonally to respond to the size of several components present in the smartphone. The front camera notch is also smaller than on the iPhone 12 models. As for the dimensions of the classic iPhone 13, they are identical to those of its predecessor, namely 146.7 × 71.5 × 7 .6mm. In addition, the Face ID system is improved, with effective facial recognition even if the owner is wearing a mask. An iPhone 13 in Covid-19 fashion then.

This is the other great novelty for this return to the apple brand. Apple introduced new iPhone storage at Keynote September...up to 1TB! Previously, the largest storages did not exceed 512 GB. If this storage capacity is unprecedented for a smartphone, its price has been impacted. It takes a little over 1,800 euros to acquire this type of iPhone in Pro format.

Apple sees all colors this year. iPhone 13 is available in pink, an all-new color in addition to blue, midnight (black), starlight (white), and red (part of which funds are donated to the Global Fund to fight Covid-19) . The iPhone 13 and iPhone 13 Pro Max also have a nice surprise in store with the "alpine blue" color. Are you going to be tempted by an azure blue design? Or will you prefer other more classic colors? In the Pro family, there are silver, gold or even graphite (black) colors for this iPhone 13 that looks like a real premium smartphone.

1 Incredible series! 2 Keep your money in your pockets! 3 When we compare ourselves, we console ourselves... 4 Like doing paint by numbers! 5 Public debt continues to skyrocket but falls to 117.7%... 6 Authorization of the burkini: Laurent Wauquiez suspends... 7 Two arrested in Soria for stealing 148 televisions... 8 The emeritus king returns to Spain: this weekend he... 9 Borrell expects Turkey to withdraw reservations and... 10 No access to records or test results in Madrid hospitals... 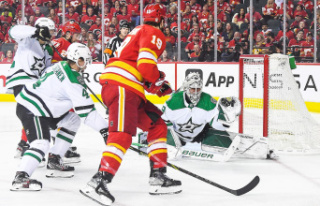