IOC threatens to drop out of the Olympics: Russian boss puts boxing association under pressure

The world boxing association IBA has had a number of dubious presidents over the years. 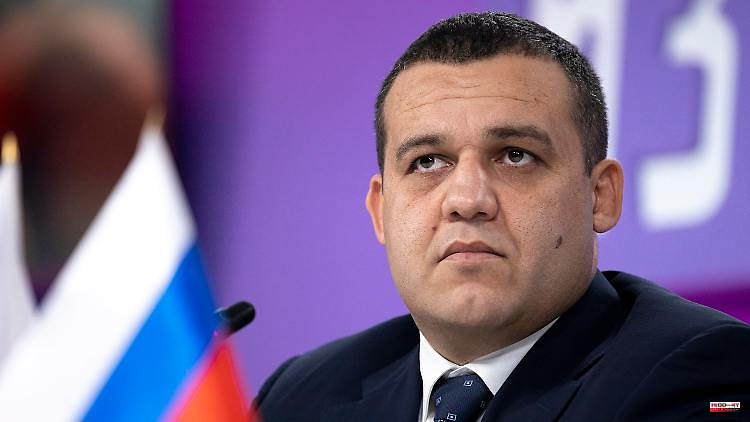 The world boxing association IBA has had a number of dubious presidents over the years. One is piling up debts, another is said to have links to the drug business, and the current one brings in money from Gazprom. Despite this, Umar Kremlev, the President, was confirmed in office. The IOC is threatening.

The world boxing association IBA is in a bad spot and doesn't know if it has a future. The reason is the re-election of Russian President Umar Kremlev for the next four years and the associated retention of main sponsor Gazprom. The election act on Saturday in Istanbul alone drew critics into action. Kremlev was the only candidate to be confirmed in office by acclamation. The only opposing candidate, the Dutchman Boris van der Vorst, had been classified two days earlier by an independent review committee as ineligible and was therefore not allowed to stand in the elections. According to the statutes, a vote by acclamation is lawful if there is no opposing candidate.

The future of the IBA, which used to be called AIBA but dropped the word amateurs from its association name and calls itself Olympic boxing instead, is at stake. The International Olympic Committee (IOC) has already threatened to remove boxing from the Los Angeles 2028 games if there are no reforms in the federation.

Against the background of the Russian war in Ukraine, the re-election of Kremlin exacerbates the IBA problem, while world sport isolates Russia and promotes separation from Russian oligarchs and sponsors. The IOC has now announced that this will "increase questions and doubts about the leadership of the IBA". In 2019, the world government of sport suspended the IBA. The reasons were manipulation of combat verdicts, opaque financial management and shady leaders such as the Uzbek Gafur Rachimov, who was said to be involved in international drug trafficking.

The IBA thirsts for rescuers. Gazprom's money was used to pay off the association's debts, estimated at 16 million euros. Recently, bonuses have been paid at world championships. The medal winners in twelve weight classes at the current Women's World Championships in Istanbul will receive 2.4 million euros. The 204 national boxing federations receive financial support.

The new statutes with the participation of internationally respected legal scholars, the involvement of chief investigator Richard McLaren and his team to investigate breaches of the law on the one hand and the review and nomination of incorruptible referees on the other hand, as well as the commitment of the world-renowned auditing company Pricewaterhouse Cooper to a transparent financial policy are essential requirements of the IOC have been met. Ex-President Rachimov has long since been ousted, the old board of 28 officials was replaced at the election congress on Saturday and replaced by untainted candidates, reviewed by an international commission.

"Officially, no one from the IOC has commented on Kremlev. We finally want clear statements. If the IOC had said in no uncertain terms: If you re-elect Kremlev, boxing will remain suspended and will not be funded, Kremlev would not have gotten a vote," said Michael Müller, sports director of the German Boxing Association. The IOC is partly to blame for the muddled situation. For years, the ex-president Wu Ching-Kuo, who was courted as honorable in the IOC, was allowed to rule and rule. Under the leadership of the Taiwanese, up to $30 million in debt is said to have been accumulated. The AIBA was broke, sponsorship income and IOC funds nowhere to be found.

The association has been suspended for three years and has to look for sponsors in order to survive. The sponsors don't stand in line. The IOC has frozen around $30 million that the IBA is entitled to from past Olympic cycles. If the money were released, the association would not need Gazprom. "We now have one of the best statutes in the world, we have new heads everywhere, we have a top referee system, we allow ourselves to be monitored from outside. You have to recognize the progress," said Müller.

1 [IN IMAGES] A pedestrian hit by a tanker truck in... 2 The author of the racist massacre in Buffalo radicalized... 3 A walk in the park for Canada 4 UNFP trophies: eagerly awaited, Mbappé will be the... 5 Tennis: unbeatable, Iga Swiatek wins in Rome and wins... 6 The fire of a hospital center in Arévalo forces the... 7 Success of the Toledo Book Fair with more than 32,000... 8 A TV evening in Kyiv: lights off, ESC on, air raid... 9 New record for the compensation of major American... 10 Luis Suárez, goodbye to Atlético after two seasons 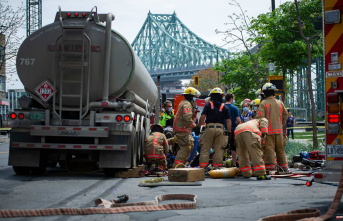 [IN IMAGES] A pedestrian hit by a tanker truck in...